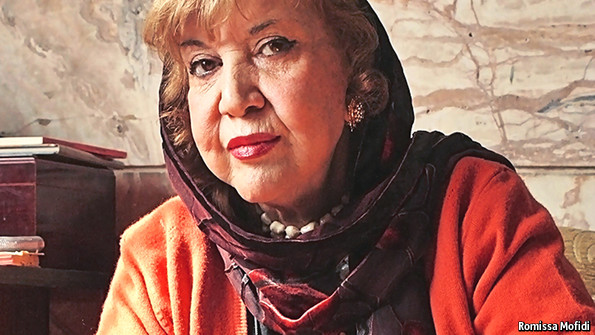 Financial Tribune- Ninety unpublished poems by an icon of modern Persian poetry Simin Behbahani (1927-2014), will be released soon in a second collection.

Ali Behbahani, the elder son of the late poet and lyricist told ISNA: “Ninety unpublished poems by Simin have been entrusted to Negah Publication (based in Tehran).” He however said some of the poems might have been sent to other publishers, or previously published in some magazines.

The poems to be published are mainly ‘ghazal,’ a lyrical sonnet associated with classical Persian poets, which Simin recreated.

“There are also several of her poems in ‘free’ style but they are not enough to make up a collection. Her free poems will probably be released along with some of her poetical writings,” Behbahani said.