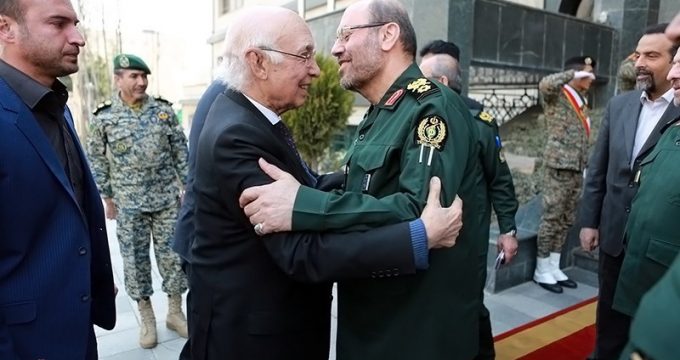 IRNA – Iran and Pakistan have agreed that the Border Security Commission of the two countries will meet soon to further strengthen security along the border, said a statement by Pakistan’s foreign ministry.

Referring to Pakistani Advisor to the Prime Minister on Foreign Affairs Sartaj Aziz’s recent visit to Iran, the statement said that the understanding came at a meeting between Sartaj Aziz and Iran Defense Minister Hossein Dehghan in the Iranian capital.

‘Border Security Commission of both countries will meet to ensure that terrorists and smugglers are not able to operate from each other’s territories.’

It further said that both sides also discussed progress on opening two additional border crossing points at Gabd-Reemdan and Mand-Pishin.

During his stay in Iran, Sartaj Aziz also met Iranian foreign Minister Javad Zarif and reviewed regional and global issues with special reference to the situation in Afghanistan.