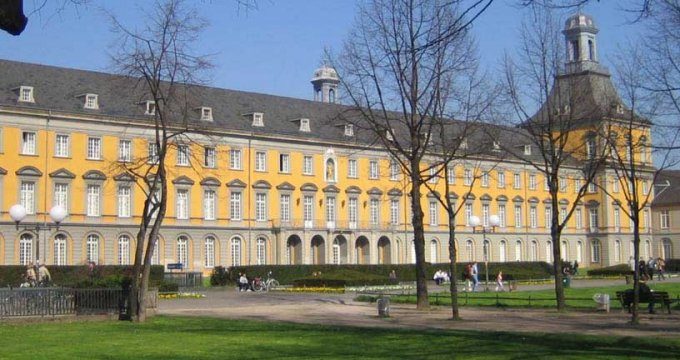 Financial Tribune- The 200-year-old University of Bonn, one of the major institutions of higher learning across Europe, is preparing to offer Iranian Studies among its majors, according to author and researcher Eva Orthmann, professor of Oriental Studies at the university.

She was in Tehran recently to participate in the International Conference on Indo-Persian Studies, February 19-20.

The confab was organized under the auspices of the Iranian Academy of Persian Language and Literature in Tehran and the German University of Marburg, which offers a broad spectrum of study programs at its Center for Near and Middle Eastern Studies (CNMS).

“But we don’t have Iranian studies at the University of Bonn. There is a study program on Islamic Studies which involves Indology and Iranology. However, we plan to start Iranology programs within two years.”

The university offers one of the most significant Indology programs across Germany, she said.

Orthmann is a member of the editorial board at the massive Perso-Indica project, an analytical survey of Persian works on learned Indian traditions, funded by several institutions including French National Research Agency (ANR), German Research Foundation (DFG), the New Sorbonne University, French Institute of Iranian Studies in Tehran and Iran Heritage Foundation in London.

At Perso-Indica, she is the editor of mathematics, astronomy and astrology; occult sciences; and Language manuals and glossaries sections.

“In recent years, we had close ties with Indian universities, particularly with the University of Delhi,” she said.

The Third Perso-Indica Conference was held in September 2015 at Delhi University. The event looked at the beginning of the translation process and the production of Persian works on Indic learning during the Delhi Sultanate Period (1206-1526) and the early Mughal Empire (1526-1748).

Orthmann was among the scientific coordinators of the conference. “Next conference will be held at the University of Bonn,” she added.

“This is the first time I’m visiting Iran to attend an event on Indian studies. There is a considerable cultural proximity between Iran and India. They have influenced each other through eras, and this makes either of the cultures a rich subject for research.”

Orthmann referred to the challenges in coordination and communication between the University of Bonn and cultural organizations in Iran. “We should try harder to establish a cooperative project. In particular, academic collaboration between the two sides should be expanded.”