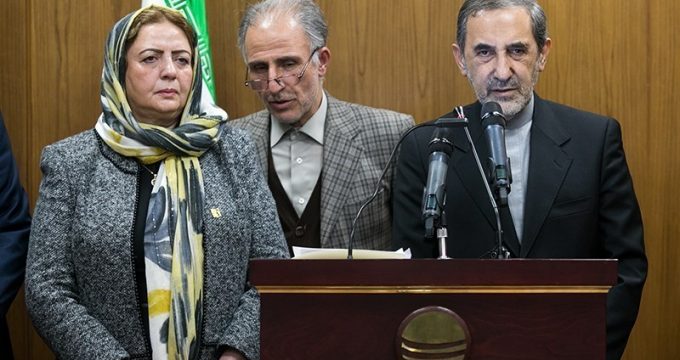 IRNA – Syrian Parliament Speaker Hadiya Khalaf Abbas said on Tuesday that the remarks made by Supreme Leader of the Islamic revolution at the sixth international conference in support of Palestine Intifada was very significant which shed light on the future of Palestine.

Syrian parliament speaker said in a meeting with Head of Strategic Research at the Expediency Council Ali Akbar Velayati in Tehran on Tuesday.

Expressing satisfaction over her visit to Iran, she appreciated the good feelings of the Iranian people.

“I would like to extend my gratitude on behalf of Syrian nation and president and Syrian parliamentarians for the supports made by the Iranian and would like to convey our greetings to the Supreme Leader of the Islamic Revolution,” she said.

Thanking Iran for its supports in fight against terrorism, the Syrian speaker said we are now witnessing significant military and political achievements.

These significant achievements obtained through the supports made by Iran, Syria and Resistance and are to be at the disposal of the Syrian nation, she said.

This conference helps to attract the attention of the international community to the issue of Palestine, the senior lawmaker added