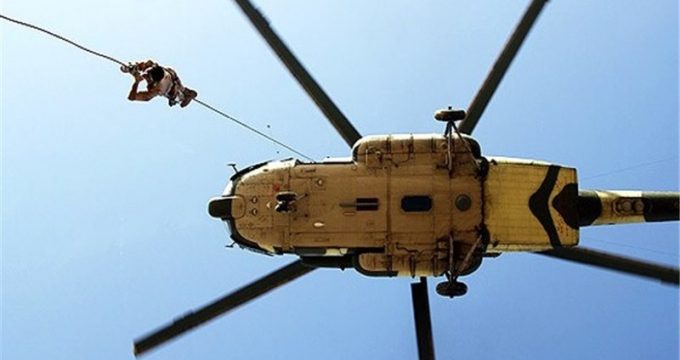 Tasnim– The Islamic Revolution Guards Corps (IRGC) Ground Force deployed its airborne troops to Iran’s eastern regions on Wednesday as part of a military drill that is in progress for the third day.

The final day of the war game, codenamed “Payambar-e Azam 11 (The Great Prophet)”, began in eastern parts of Iran with a broad operation by the Saberin Special Forces on Wednesday morning.

Spokesman for the drill, General Pourjamshidian, told reporters that the IRGC Ground Force’s helicopters flew over the eastern zones for heliborne operations.

Highlights of the final stage also include heavy artillery fire on the hypothetical enemy’s positions, he noted.

IRGC Ground Force Commander Brigadier General Mohammad Pakpour had announced on Monday that his forces have successfully test-fired advanced and smart rockets in the war game.

Iranian officials have already made it clear that the country’s military program, including the routine exercises and test of new missiles, will not be hampered by anything, including the Joint Comprehensive Plan of Action (JCPOA), a nuclear agreement between Iran and the Group 5+1 (Russia, China, the US, Britain, France and Germany), which took effect in January 2016.