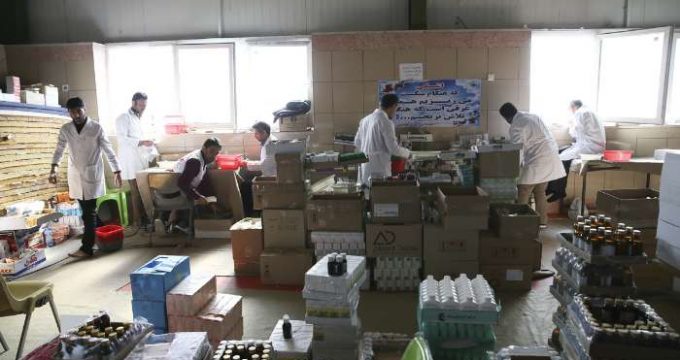 According to Tasnim dispatches, as the IRGC Ground Force continued a large-scale military war game in the northeastern parts of the country, a 120-bed field hospital was opened in Kariz county in Taybad.

The hospital was launched in a ceremony attended by senior IRGC officials, including Commander of the IRGC Ground Force Brigadier General Mohammad Pakpour.

The mobile hospital will provide free healthcare and medical services to the people of the impoverished region.

Back in September 2016, the IRGC inaugurated 3,300 projects in different parts of the country with the aim of alleviating deprivation.

In a visit to the IRGC operational units in the provinces of Kurdistan and West Azerbaijan on August 10, 2016, IRGC Commander Major General Mohammad Ali Jafari said his forces plan to engage locals in the process of ensuring security and combat poverty in border areas have proved to be a success.

He explained that one of the IRGC’s top priorities has been making efforts to involve local residents in the security process, fight poverty and create jobs in border regions.