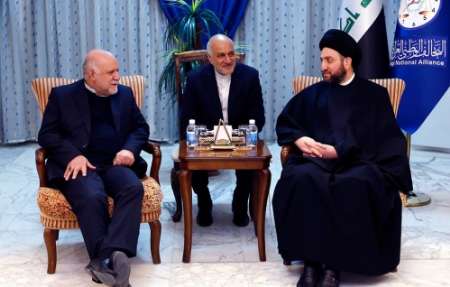 Both sides discussed the issue of exploiting joint border oil fields and solving the related problems through negotiations and agreements and using Iran’s border refineries oil fields in producing oil in Kirkuk oil fields, according to a statement by Iraqi National Coalition.

“Common stances and establishment of economic ties between Iran and Iraq have positive results in the region,” Hakim emphasized.

Zangeneh pointed to joint geographical borders and economic ties between the two countries, saying that Iran and Iraq are regional pillars and the economic cooperation between them serves the interests of both countries and the region.

Iranian minister heading a delegation took a trip to Iraq to hold talks with Iraqi petroleum and electricity ministers and to sign MoUs.