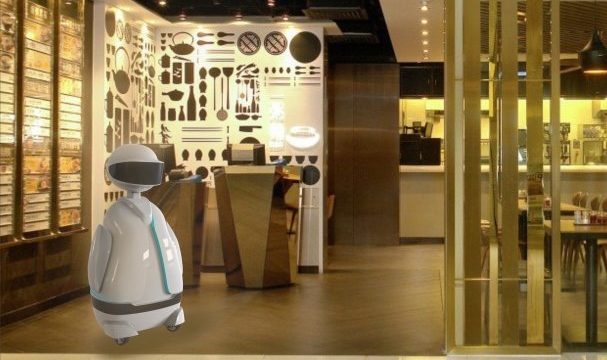 MNA– The first robotic complex in Iran housing a number of domestically-built intelligent waiter robots capable of interacting with humans is set for launch in the near future.

Esmaeil Mehrabi, a Robotics graduate from Amirkabir University of technology, told Mehr News that his team started working on a national and technologic project on building waiter robots nearly a year ago.

According to him, the robots built for the project have an artificial auditory system, can easily interact with humans and speak several languages.

“We are planning to launch the first Iranian robotic complex within a few months,” he said.

He went on to add that the process of order taking at the complex will be done via modern technology in the sense that customers will give orders by using tablets on the tables and even pay the bills online.

“These robots can talk to humans, convey a sense of happiness or sadness through their facial expressions and thus, induce a sense of lovely coexistence,” he added.

Noting the existence of robotic fast food restaurants in China, Singapore, Malaysia, UK, US and a number of other countries, Mehrabi said “the majority of foreign-built robots move on specific, predetermined lines and have no interaction with humans. Our robots, however, choose the best route to move based on intelligent algorithms.”