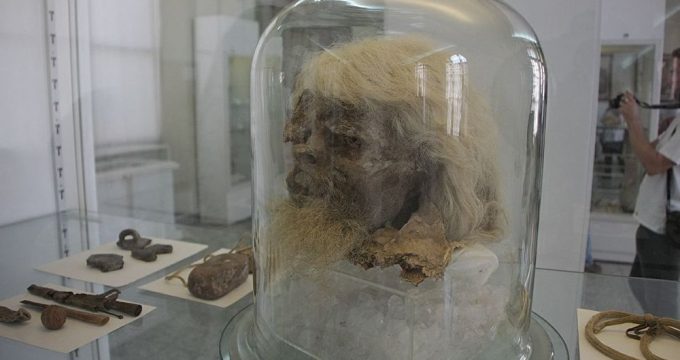 Sputnik– Iranian scientists have managed to uncover the cause of death of what’s probably the country’s most famous mummy, who dates back to 9550 B.C.

Having spent many years researching the mystery of one of the so called ‘saltmen’ – mummies discovered in Iran’s northwest in the 1990s and kept in the National Museum in Tehran – Iranian historians have been able to establish that the man did not die of natural causes, according to the Mehr news agency.

​After subjecting the mummy’s skull to radiocarbon dating, the researchers have determined that the ‘saltman’ was in fact killed at the age of 40 by a powerful blow to the head.

The Saltmen are eight mummies that were discovered in the Chehrabad salt mines in the Zanjan Province in Iran. The first of these mummies was discovered accidentally by a local miner in 1994.

The remains of the first find – and the murder victim in question – is also the best preserved ‘salt man’: it retained a mane of white hair and a lengthy beard, along with several artifacts including a golden earring. It remains unclear however what this apparently wealthy man was doing in the mines during the time of his death and who killed him.