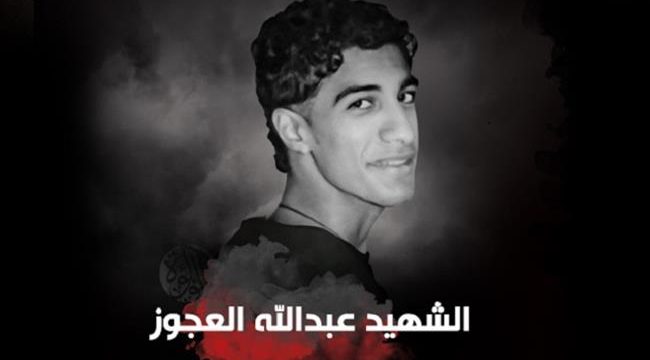 An informed source, speaking on condition of anonymity, said an undercover military unit, supported by security personnel, had stormed the village of Nuwaidrat, located about 10 kilometers south of the capital, Manama, on Monday morning, and arrested Abdullah al-Ajouz, Arabic-language Lualua television network reported.

The source added that Ajouz had sustained a number of gunshots before regime forces took him away.

Hours later, officials from the Bahraini Ministry of Interior telephoned Ajouz’s father and ordered him to appear at Hoora Police Station in Manama.

The authorities then broke the news of the 21-year-old man’s death to his parent.

Pictures circulating on social media networks showed a heavy presence of military vehicles and heavily-armed troops near Salmaniya Medical Complex, where the corpse of the young man is being kept in the morgue.

The slain activist’s parents have published photos of blood stains that Bahraini regime mercenaries had covered with sand to conceal their crime and the extrajudicial killing.

The latest death brings to seven the number of political dissidents killed at the hands of Bahraini regime forces since the beginning of this year.

Later in the day, clashes broke out in Nuwaidrat as protesters took to the streets to strongly denounce Ajouz’s killing. Regime forces fired tear gas canisters to disperse the crowd. There were no immediate reports of casualties or arrests.

People also staged a rally in the village of Ma’ameer, where they condemned the killing and chanted anti-regime slogans.

Thousands of anti-regime protesters have held demonstrations in Bahrain on an almost daily basis ever since a popular uprising began in the kingdom in mid-February 2011.