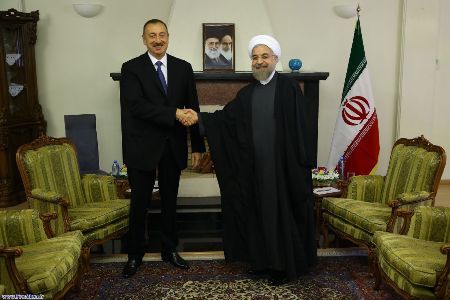 IRNA – Azerbaijani President Ilham Aliyev is due to visit Tehran in the near future, says Foreign Ministry spokesman Bahram Qasemi.

“The exact time for president Aliyev’s visit to Iran is yet to be announced by the Office of the President of the Islamic Republic,” Qasemi told reporters on Monday.

According to him, President Hassan Rouhani and his Azerbaijani counterpart have met six times, since the Iranian President took office in 2013.

“Iran’s stance on ties with the Republic of Azerbaijan is clear and transparent and the country is among the Islamic Republic’s good neighbors,” the spokesman said.

“The two countries are trying to use all potentials to enhance their economic and non-economic relations,” he said.

“Aliyev’s visit could be a long stride towards the future,” the spokesman said.