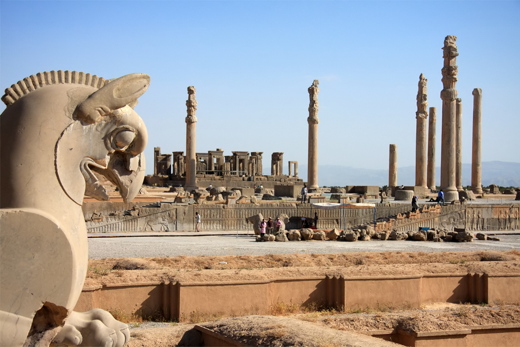 Mr. Abdolreza Nasiri told reporters on Saturday that media stories that Persepolis had been inundated by rain water were inaccurate; “no ancient monument including Persepolis Complex had been damaged during the flooding; the aqueduct system had channeled the amount of water into safe places, thus saving the Complex from large-scale inundation,” he told reporters.

“However, some old-fashioned homes with traditional brick and clay construction material, which had been quite shaky, had been damaged by the flooding; we have not yet received any damage to historical monument yet,” Nasiri emphasized.

He promised necessary measures to protect the historical monuments built in susceptible places and with brick and mud material following the heavy rainfall in the area after many years of severe drought.