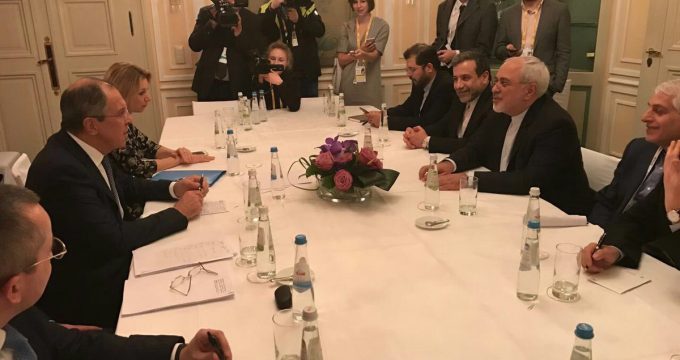 Iranian Foreign Minister Mohammad Javad Zarif and his Russian counterpart Sergey Lavrov discussed the situation in Syria and Russia-Iran relations during a meeting on the sidelines of the Munich Security Conference, the Russian Foreign Ministry said.

In his Saturday message, Ayatollah Khamenei thanked the efforts made by the federation officials, the coaches, and champions of Iran’s national team, which led to Iran’s world title in Freestyle World Cup in Kermanshah, and brought honour and pride for the Iranian nation.

The European Union (EU) and the International Atomic Energy Agency (IAEA) in a joint statement reaffirmed support for the Joint Comprehensive Plan of Action (JCPOA) based on their respective mandates.

Iranian Foreign Minister Mohammad Javad Zarif has called the immigration ban of US President Donald Trump “an affront to the entire nation.”

Foreign Minister Javad Zarif has met with foreign ministers of countries on the sidelines of Munich Security Conference.

Iranian Foreign Minister Mohammad Javad Zarif says when Israel, the only regime in the Middle East that has nuclear weapons, “whines” about Iran’s defensive program, the brouhaha can only be taken as fake.