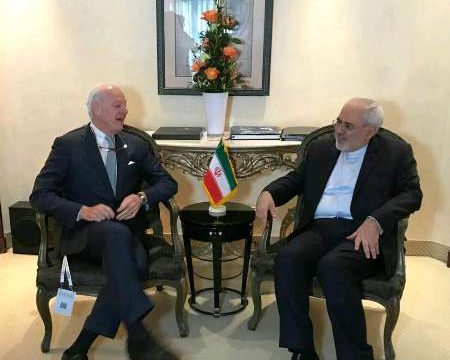 Different topics to be discussed in the event consist of the future of NATO, world discipline, human security, terrorism and extremism, regional issues like South Eastern Asia and Korean Peninsula, Arab World, Syria and Ukraine.

“Zarif is also to exchange views with presidents and foreign ministers of a number of the participating countries as well as owners of economic enterprises on the sidelines of the security conference” Foreign Ministry spokesman said previously.

Munich Security Conference is underway in Germany on February 17-19.