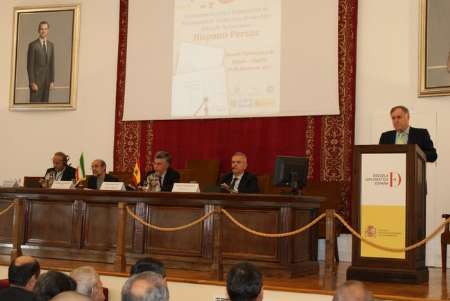 IRNA – A conference and a historical documents exhibition to mark the anniversary of 400-year-old friendly and political ties between Iran and Spain started work on Friday in Spain.

‘The exhibition and the conference was held with the help of Iran and Spain foreign ministries and participation of center for documentation and history of diplomacy of Iran and the historical documentation center of Simancas in Spain,” Iranian ambassador to Madrid Mohammad Hassan Fadaie Fard said.

Iranologists, orientalogists, and scholars as well as officials of Iran and Spain foreign ministries are to review historical relations between the two countries.

“Over 70 documents and historical correspondences some of which date back to 300 years ago are to be shown for the first time,” he said.

Iranian ambassador to Spain Mohammad Hassan Fadaie Fard expressed hope for both countries to develop cooperation in all fields, especially in scientific and academic ones.

Spain’s first anbassador came to Iran 400 years ago during the Safavid dynasty.

Iran and Spain signed the first trade and friendship agreement in 1852 and Iranian embassy in Spain opened in 1917.