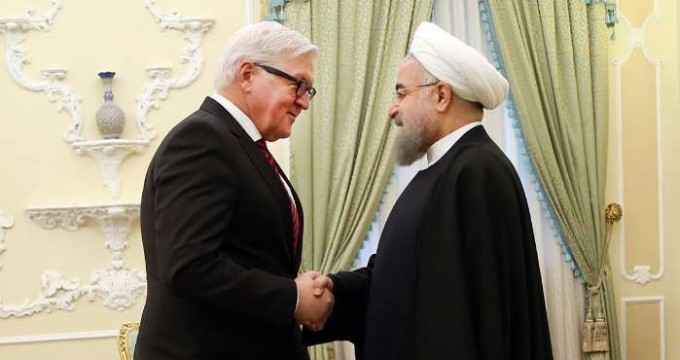 Is Steinmeier’s Presidency in Germany an opportunity for Iran?

Iranian Diplomacy- On Sunday, Germany’s Federal Convention, Bundesversammlung, elected former foreign minister Frank-Walter Steinmeier, as the country’s new president. Even though the position of president in Germany is basically ceremonial, the critical situation that lies ahead of Germany and the European Union renders the election of Steinmeier more significant for a number of reasons. Will the election land opportunities for Iran?

Steinmeier, a Social Democrat, will start work as the twelfth German President on March 18. Having served in several high-profile positions, Steinmeier was actively involved in the resolution of Iran’s nuclear dossier through international negotiations.

Given the overall approaches and inclinations in the German parliament and Federal Convention, many observers were quite sure Steinmeier would be elected, particularly because he enjoyed support by two major parties, the Christian Social Party and the Christian Democratic Union. German Chancellor Angela Merkel had also declared support for Steinmeier.

In the German parliamentary system, the position of president is essentially a ceremonial one with executive power in domestic and foreign affairs within the mandate of the Chancellor. However, the post has always been significant for its responsibilities and functions. Due to the fact that the president serves as Germany’s representative in the international scene, the international aspect of the election is more important.

Steinmeier takes office in Germany while Europe has faced a long list of unprecedented issues over the past two years, which includes the refugee crisis, the UK’s exit from the Union (Brexit), and a likely shift in US-Europe relations after the election of Donald Trump as US President. Therefore, the election of a respectable moderate like Steinmeier indicates primarily German politicians’ resolve to avoid extremism, maintain social stability and integrity, and assure German firms about the road ahead in the country’s foreign policy.

As German Foreign Minister, Frank-Walter Steinmeier participated in the larger part of the nuclear talks between Iran and the P5+1, representing his country as a side sticking to the middle ground. This made a reputation for him in Iran’s political and public scenes.

Soon after Steinmeier’s election, Iranian Foreign Minister Mohammad Javad Zarif congratulated him in a statement released on Sunday, calling him “a prominent politician, supporter of peace and global discussion”. Zarif also voiced hope that Steinmeier’s appointment would bring Iran and Germany closer together.

In a separate message, Iran’s Parliament Speaker Ali Larijani called Steinmeier a “prominent and influential personality in international interactions”, expressing hope “to witness consolidation and deepening of bilateral ties in different fields” under his new responsibility, according to Mehr News Agency.

What make Steinmeier stand out as a politician with his focus on foreign policy and could also be seen as an opportunity for Iran are his positions on a wide spectrum of international issues, ranging from the Syrian crisis and the situation in the Middle East to continued convergence among European states and the presidency of Donald Trump.

Less than a month ago in an interview with a German print outlet, Steinmeier had criticized the West for its policies regarding Syria, saying Western countries were to blame in the Syrian crisis. “I was not really a fan of Bashar al-Assad but believed that the young president he should be taught ways to cooperate with the West. The position met strong opposition from Washington and Paris,” Deutsche Welle quoted him as saying. He further emphasized that “a little realism” could prevent the failure of Syria peace talks.

In an op-ed for Bild magazine, Steinmeier also took a stance regarding the election of Donald Trump, writing, “With the election of Donald Trump the old world of the 20th century is over for good”. Emphasizing on Germany’s commitment to free trade, fighting extremism and terrorism, as well as maintaining trust in transatlantic relations, he added that he had prepared himself for “turbulent times” lying ahead of German-US ties.

Furthermore, it should be noted that much like most of Leftist German politicians, Steinmeier seeks to keep the European Union together after the Brexit, stressing the role of the Union in different international issues. A number of observers are on the belief that after the Brexit, Germany will double efforts to lead the Union in order to prevent its failure and total breakdown.

Under the current international atmosphere, where new US President Donald Trump has put threatening Iran on the agenda, integrity of power in Germany controlled by moderate politicians could be an opportunity to develop ties between Iran and the European Union. The opportunity could help Iran increase its strategic immunity, using the existing rifts between Western countries, even if the US wants to adopt stricter measures against the country. In addition, Iran’s direct and immediate familiarity with Steinmeier could lead to the genesis of a new incentive in the German administration to expand ties with Iran.

* This is a translation of an article originally published on Tabnak. Tabnak is affiliated with former commander of IRGC Mohsen Rezaei, and is considered moderate Principlist in its views.