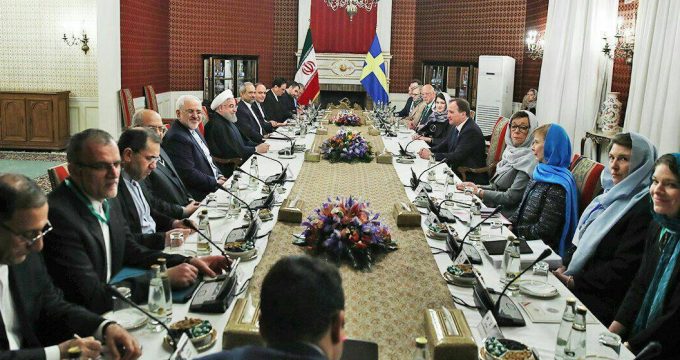 Iran’s president has come under criticism for surrounding himself with an all-male entourage while hosting a predominantly female delegation visiting Tehran from Sweden.

Pictures of the meeting at Tehran’s presidential palace show a smiling Hassan Rouhani sitting opposite the Swedish prime minister, Stefan Löfven, who had six women accompanying him.

One Twitter user addressed Rouhani directly online, asking in Persian: “How would you feel seeing this photo?”