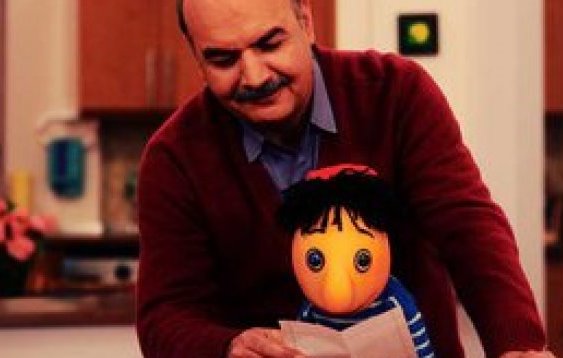 Tahmasb’s book titled ‘Three Tales’ (in Persian: ‘Se Qesse’) has been released by Cheshmeh Publication, as the 290th collection of Persian stories brought out by the Tehran-based publishing house, Mehr News Agency reported.

“The stories are a selection of those I wrote during my artistic career. Some go back to early years and some are more recent. Each has a different writing style. I love them all. When someone loves something, he or she wants to share it with others; so, after several years, I decided to have the stories published. The writings will be more interesting for my friends who have seen only one side of me,” Tahmasb says in the introduction to his book.

Iranian writer and journalist Pouria Alami, 34, has written a brief on Tahmasb’s collection which has been included in the book: “Iraj Tahmasb’s ‘Three Tales’ is an example of when a writer stops showing off his writing skills and opts for a seemingly plain method to narrate the strange, shocking stories that do not let the readers fall asleep. The tales are good for opening their eyes wide.”