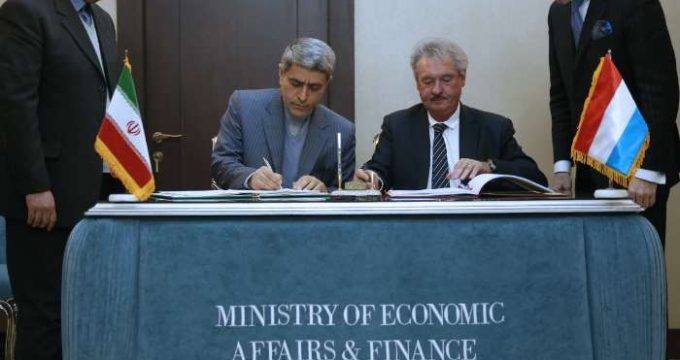 IRNA – Finance Minister Ali Tayyebnia and Luxembourg Foreign Minister Jean Asselborn signed an agreement on Monday for mutual encouragement and supporting investment to guarantee capitals of the economic activists of the two countries working in Iran and Luxembourg.

Speaking to reporters after signing the deal in Tehran, Tayyebnia said that Iran’s general policy is to improve ties with European countries, Luxembourg in particular, and signing the agreement is an indication of the two countries’ good intention and interest to promote economic relations.

“We are not yet satisfied with the level of bilateral banking relations,” said the minister.

He added a visit to Luxembourg by the governor of Central Bank of Iran can help boost the two countries banking relations.

Expressing Iran’s interest to sign an agreement for avoiding double taxation, Tayyebnia said that the accord can contribute to promotion of bilateral ties.

During the meeting, Asselborn voiced his country’s interest to cooperate with Iran in the fields of aerial transportation and investment.