A Look at Iranian Newspaper Front Pages on February 13

Iran Front Page- Newspapers today covered the remarks made by President Hassan Rouhani in the closing ceremony of Farabi Int’l Award about people’s role in Islamic Establishment of Iran.

Another top story was the remarks made by Interior Minister Abdolreza Rahmani Fazli about the growth of drug addiction among university students and women.

1- Iran’s Leader Criticizes Iranian Correspondents in Other Countries Who Speak Farsi in Foreign Accent: They Talk as If an English Person Is Speaking Farsi

2- Trump: JCPOA Is a Disaster for Israel

4- Venezuelans More than Other Nations Seek Asylum in US 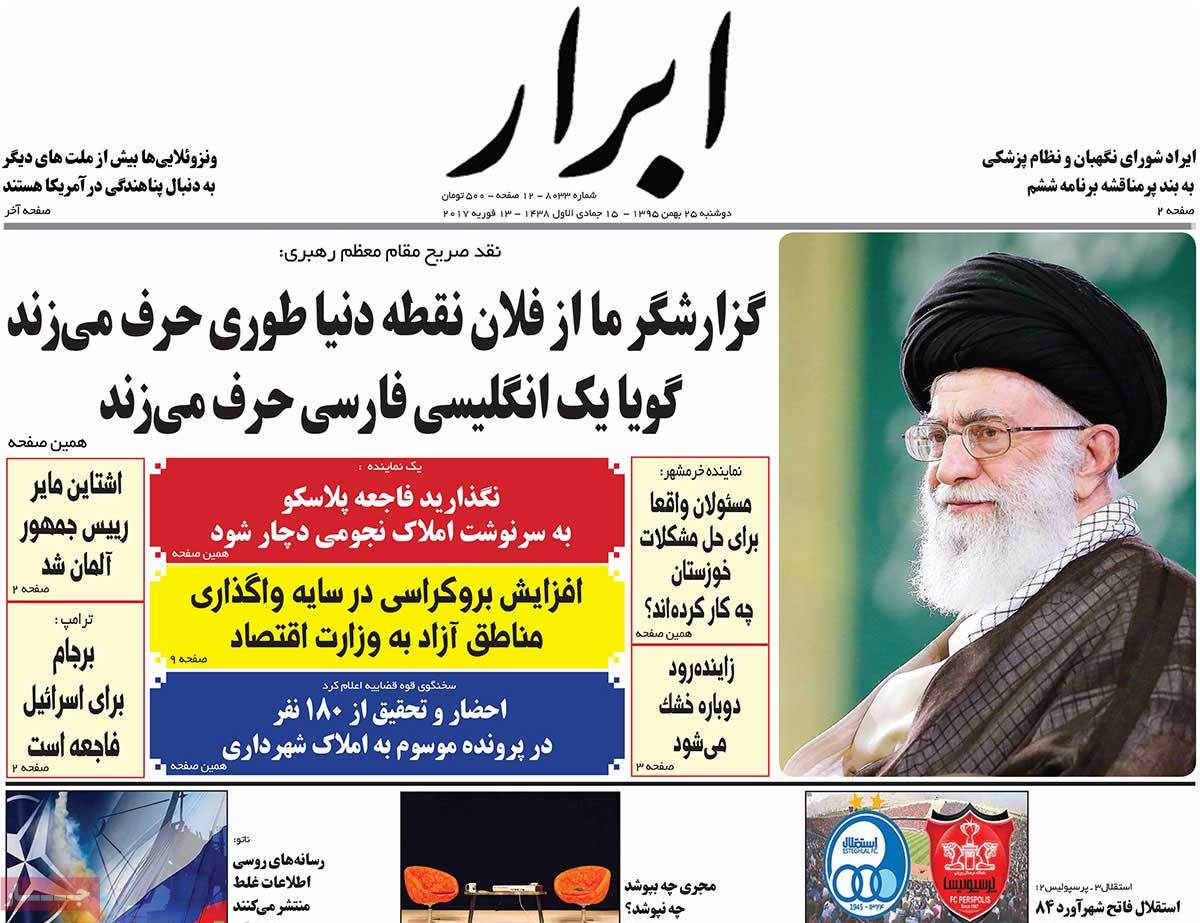 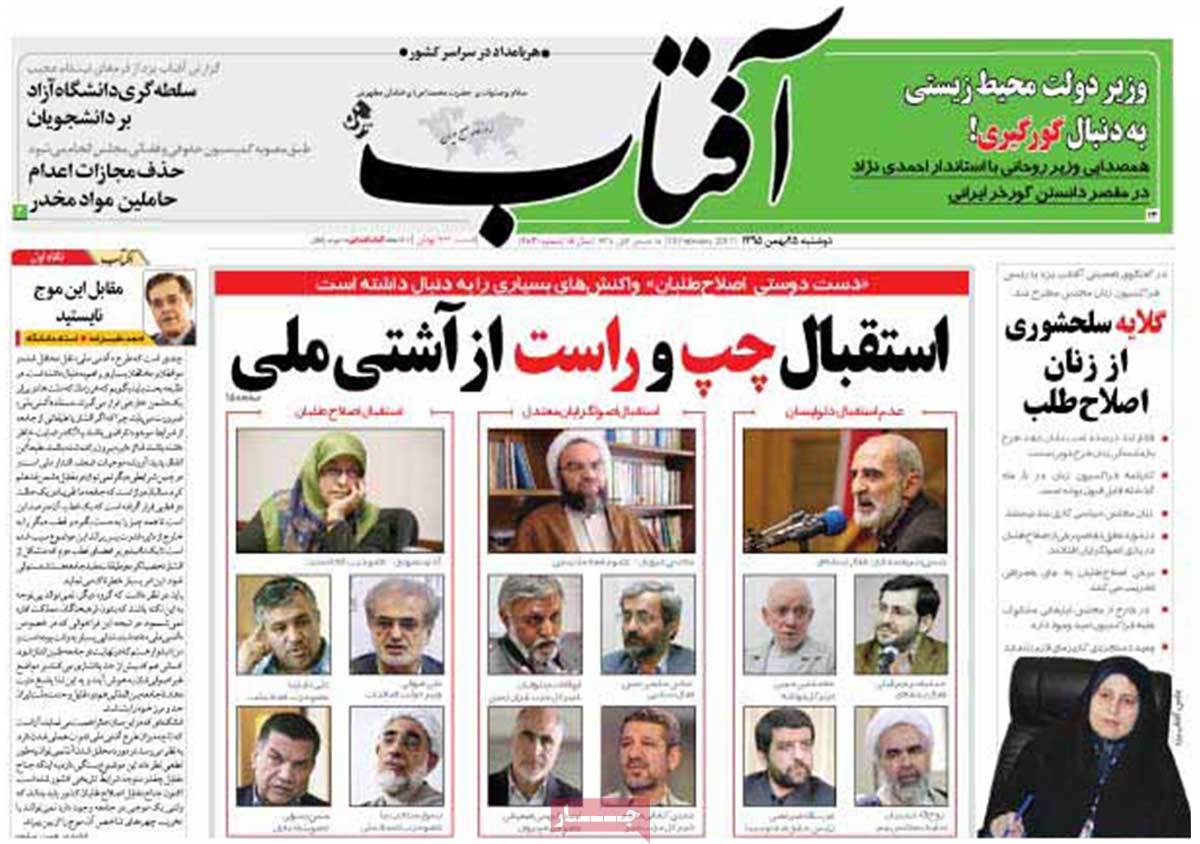 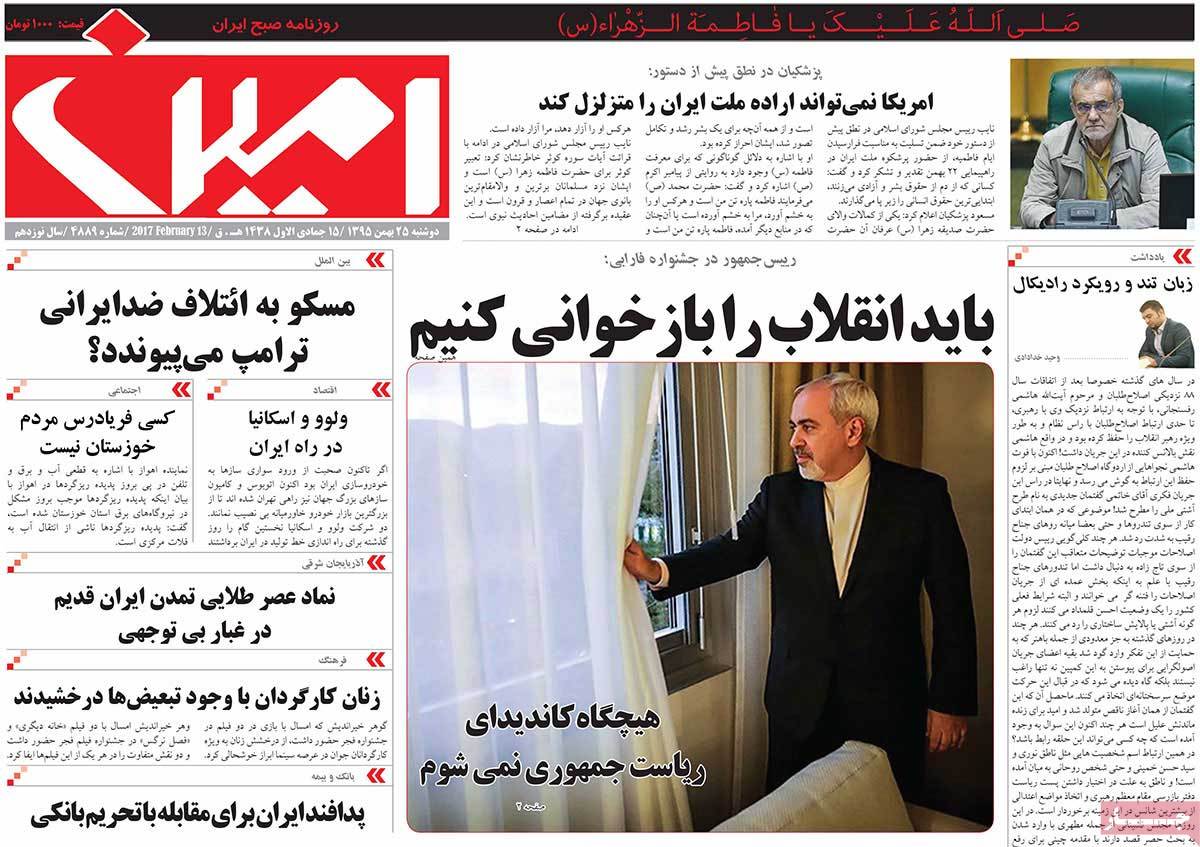 1- Zarif’s Untold Stories from Death of Ayatollah Hashemi to Disclosure of Confidential Remarks: Sanctions Paved the Ground for Great Corruption

3- Saudi Arabia and Yemen Conflict Not in Interest of Iran: Iranian President’s Aide 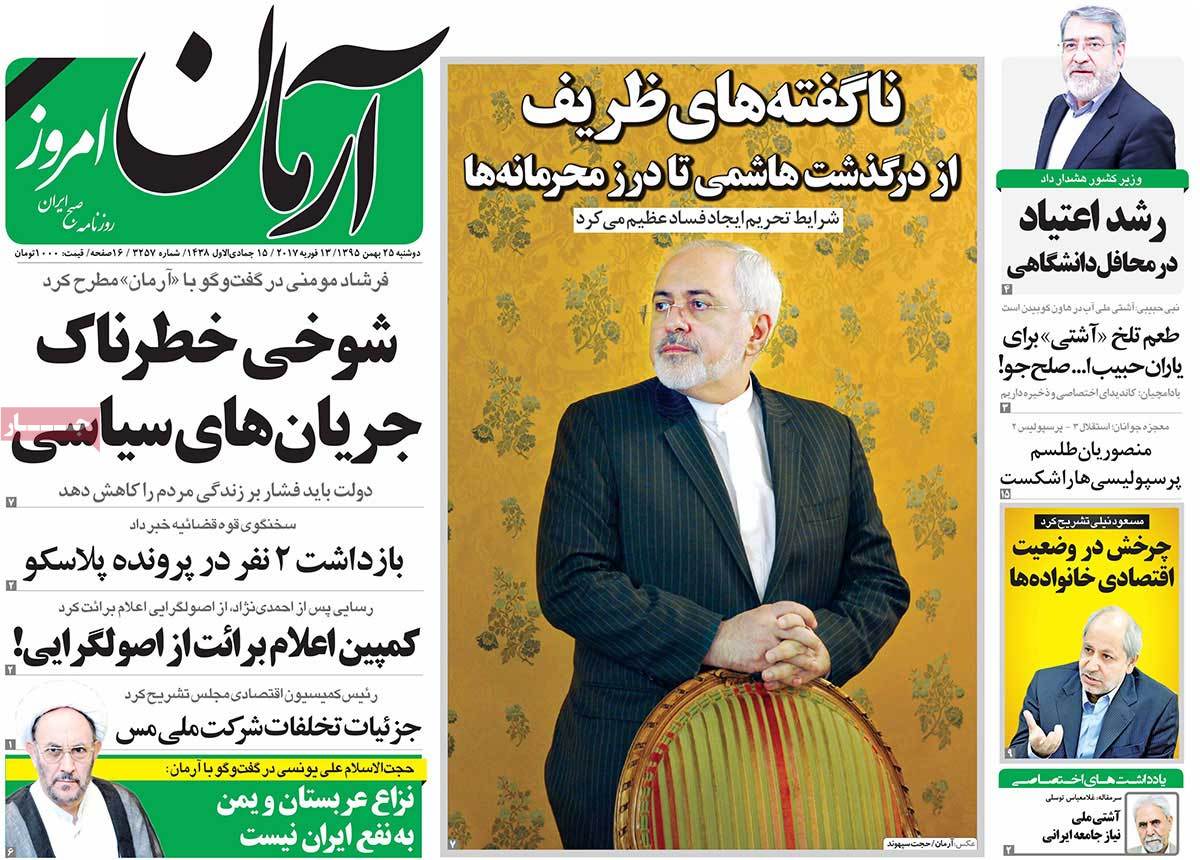 1- Urban Development Minister: There Is $100 Billion Worth of Empty Houses in Iran 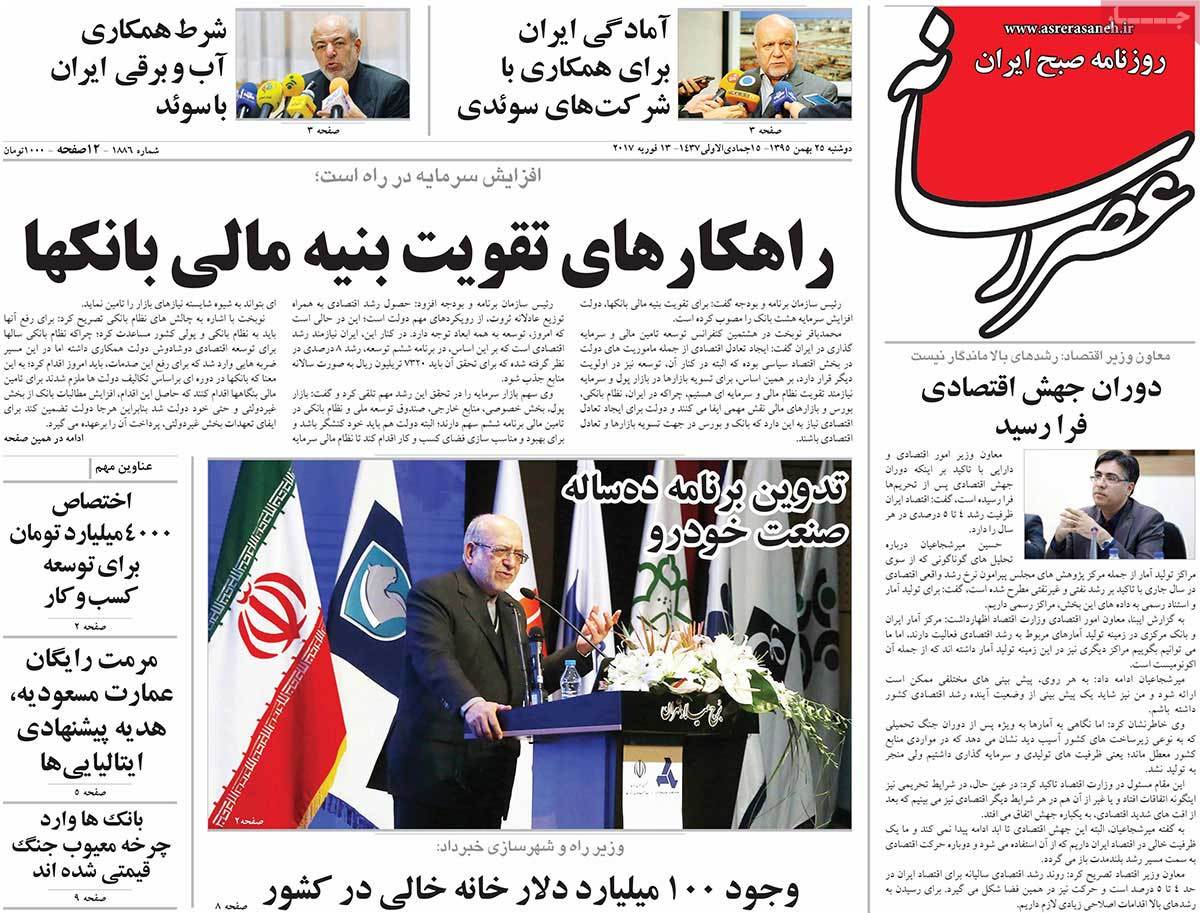 1- Zarif: We Should Pay Expenses of Revolution, Not the Other Way Around

2- President Rouhani: We Should Review Our Islamic Revolution 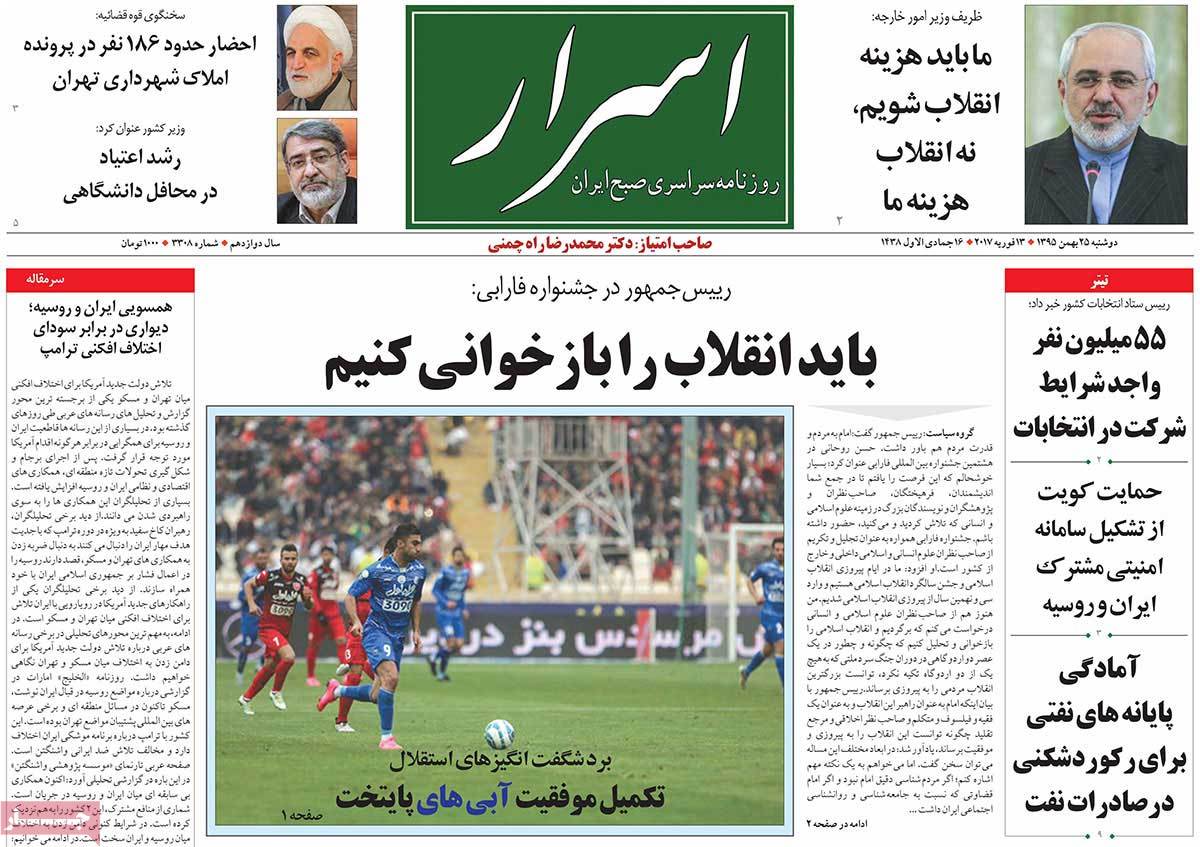 1- President: Without Ethics and Rules of Game, No One Can Go to Ballot Boxes

2- Industry Minister in Last Months of Rouhani’s Term: I’ll Give My Seat to Younger Ones 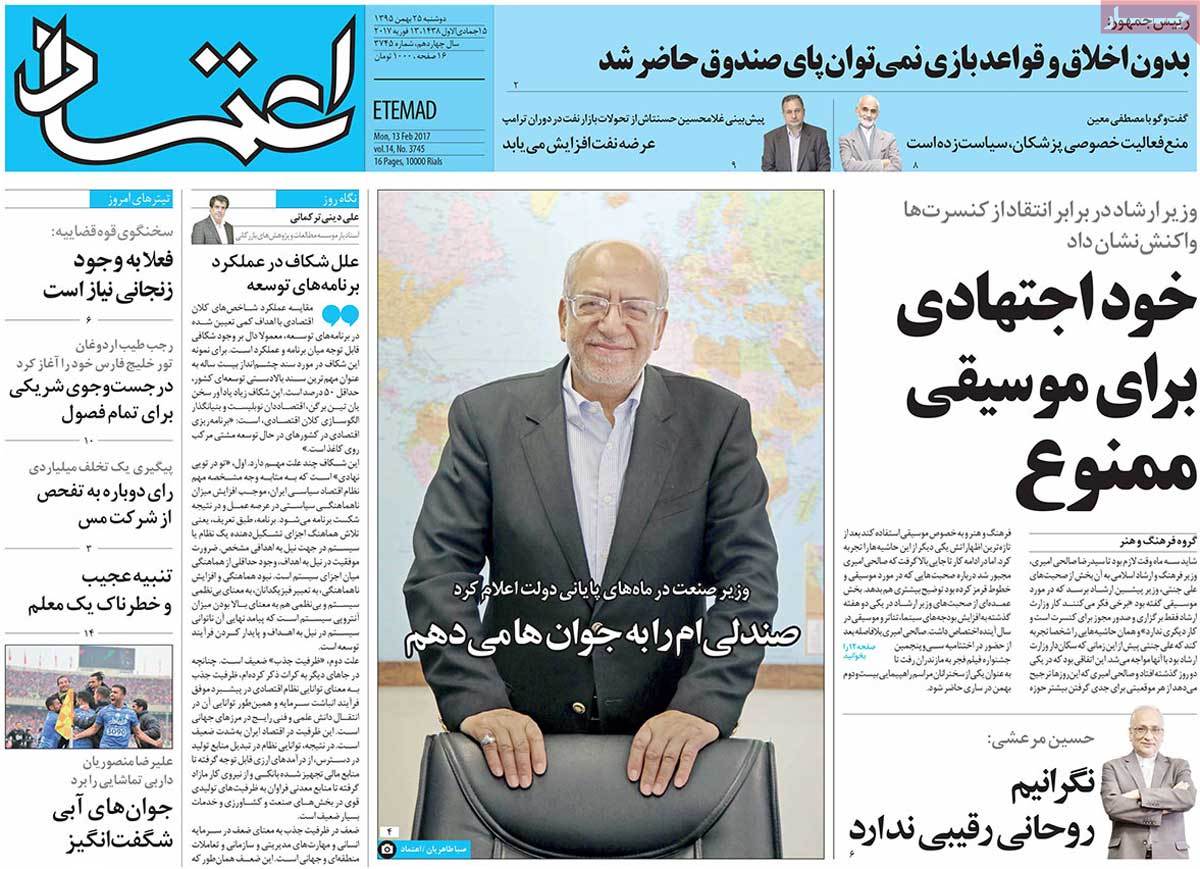 2- Moscow: US Should Acknowledge Hezbollah’s Presence in Syria 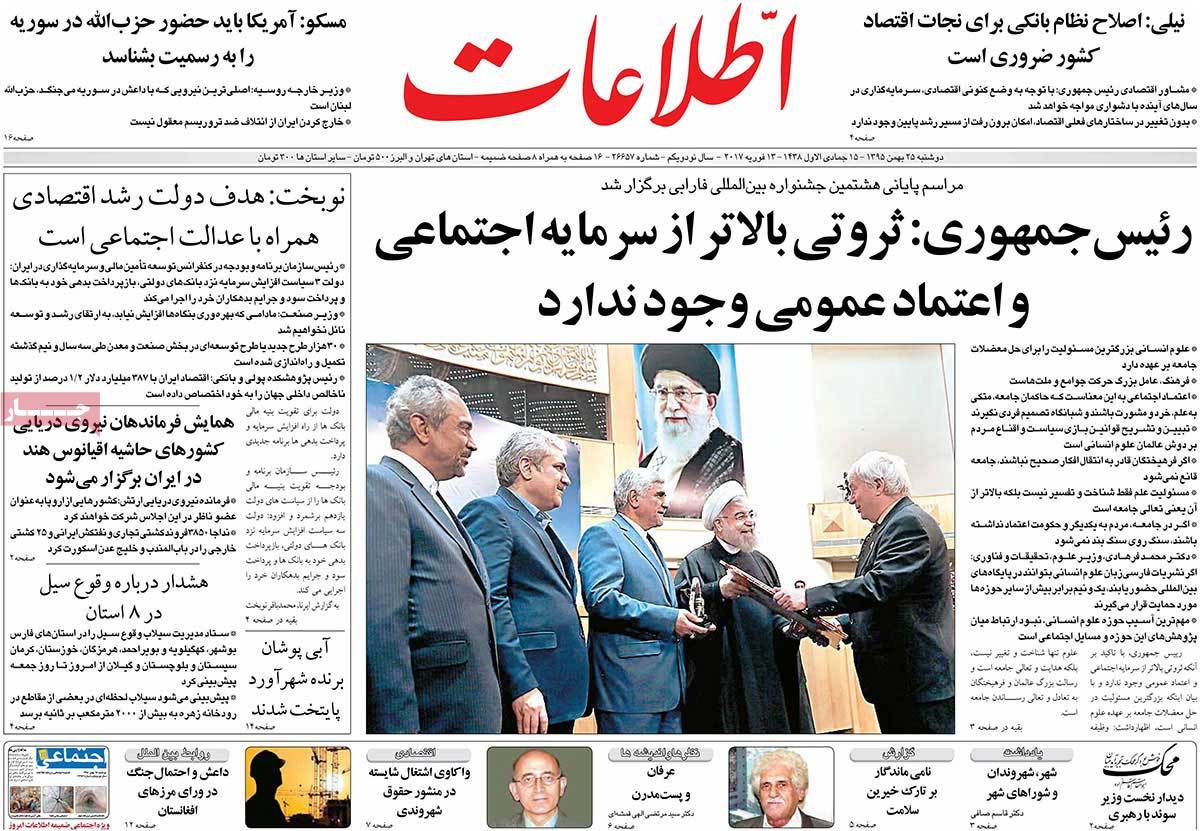 1- Leader’s Advisor: We’re Not Concerned about Trump’s Remarks; Trump Acting like He Has Problem with Everyone, Even US Friends and Westerns Have Told Us They Don’t Know What He Really Wants 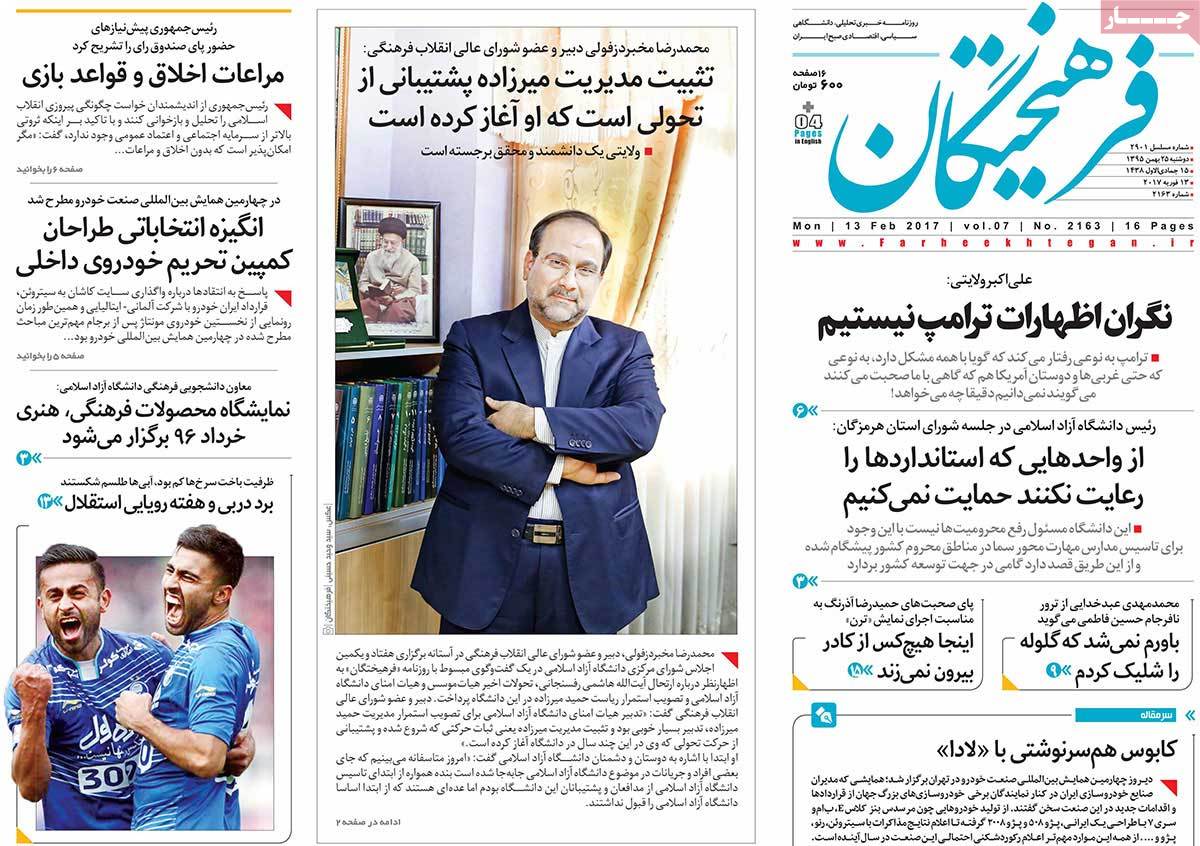 2- Rouhani: Islamic Revolution Proud that People Make Decisions about Their Fate in Elections 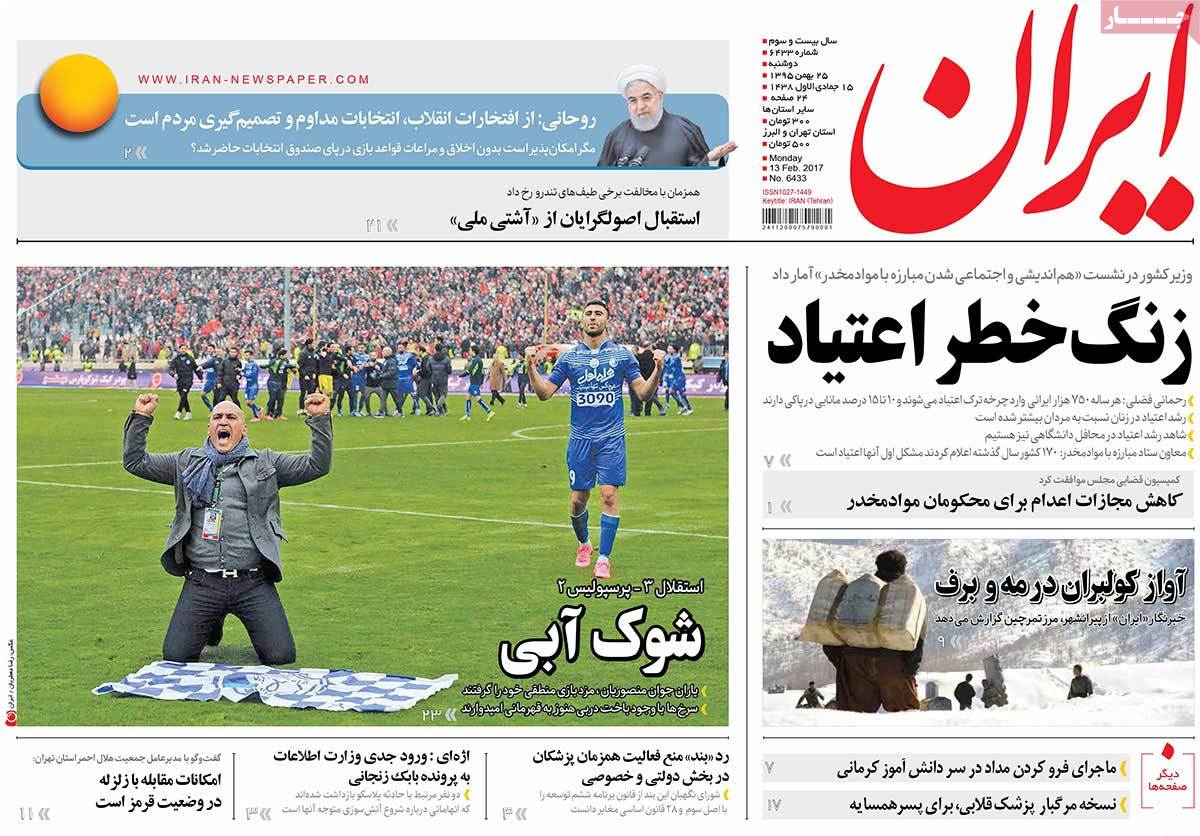 1- Men without Action behind Iran’s Economic Tribunes: Repetitious and Futile Remarks in Two Economic Conferences Held by Government While Ayatollah Khamenei Repeatedly Called for an End to Ineffective Conferences 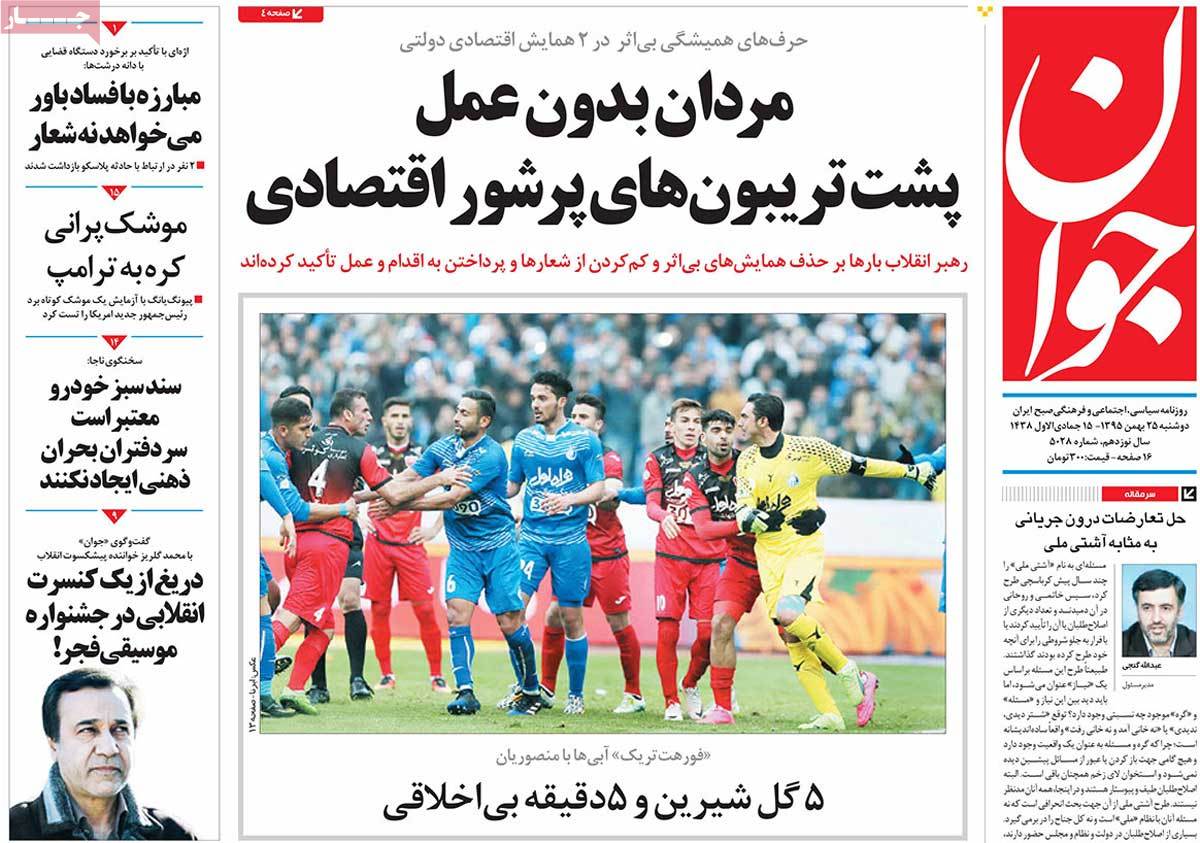 2- President: We Should Give Opportunity to Elites to Transfer Correct Thoughts to Society 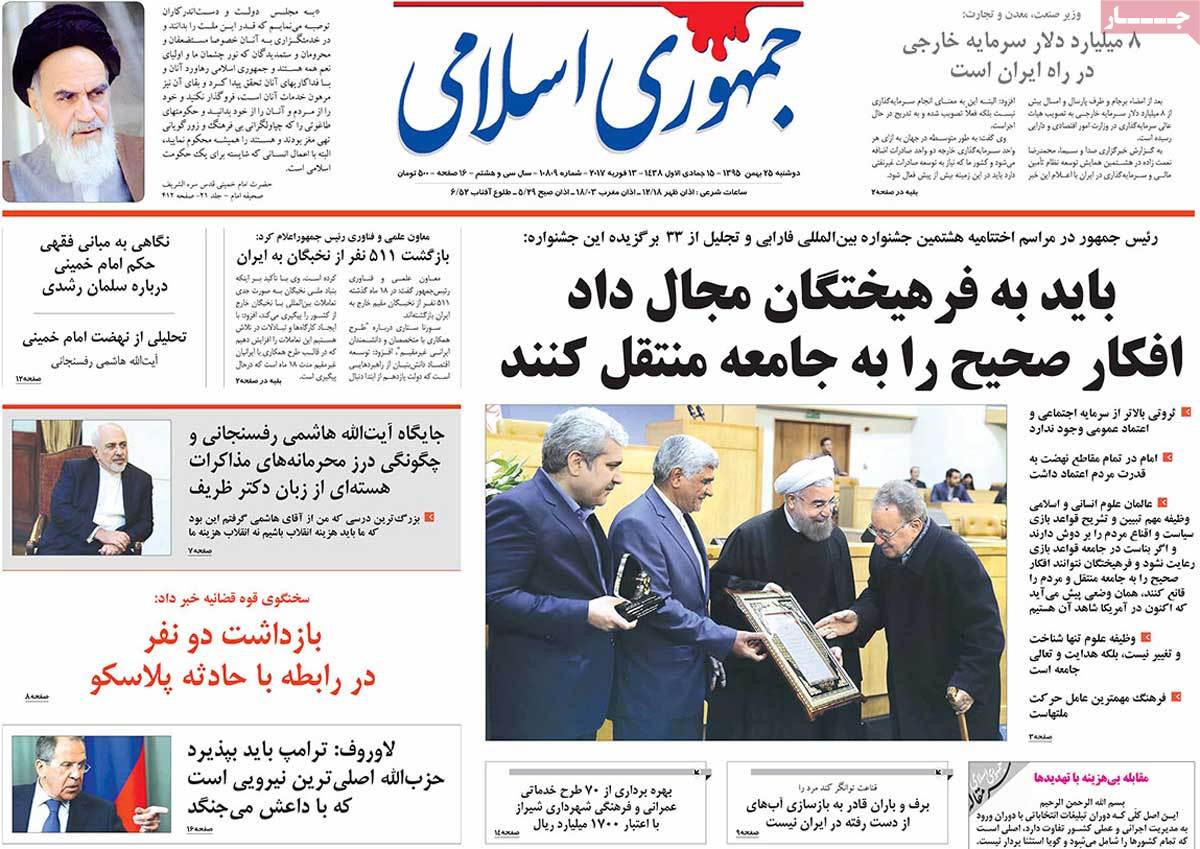 1- President’s Question in Final Months of His Term: Who Should Resolve Iran’s Economic Problems!

2- Nasrallah: Obama Committed Crimes with Mask of Hypocrisy, but Trump Is Doing without It 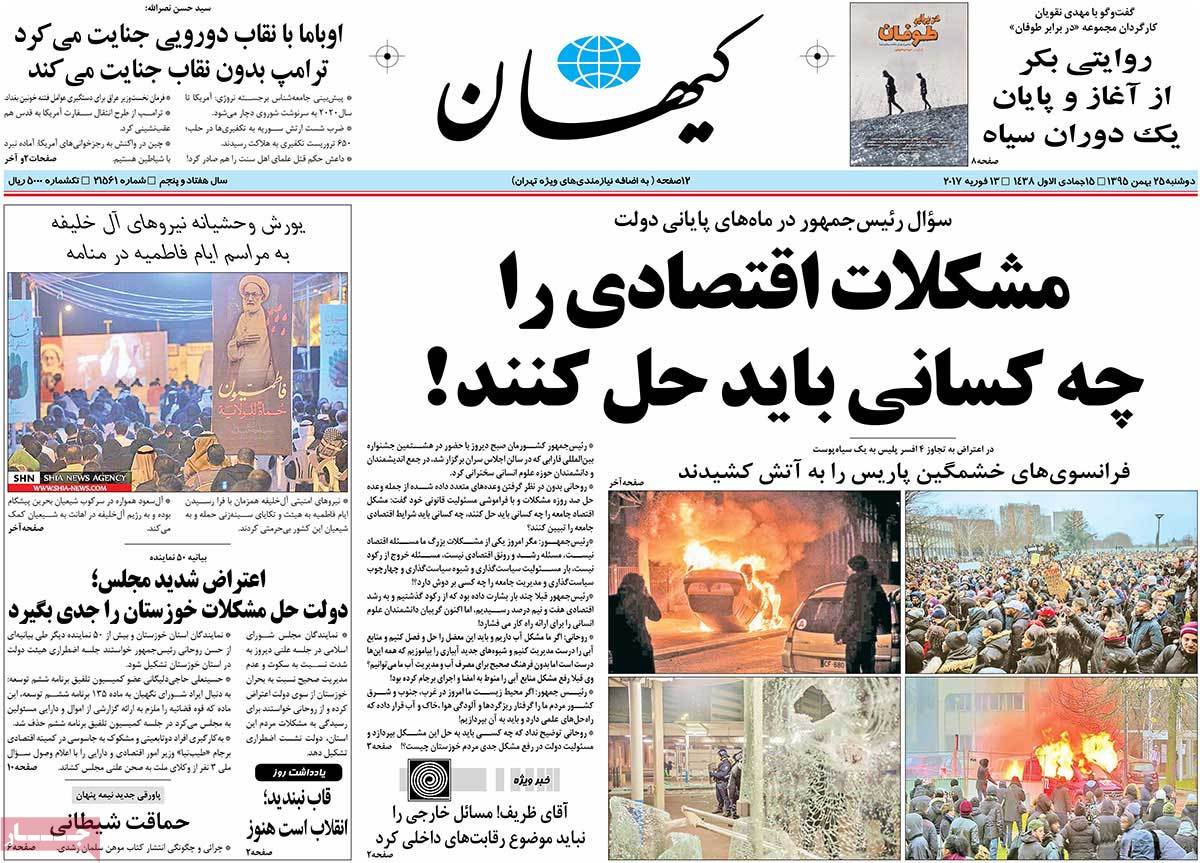 2- Nasrallah: Election of a Stupid Man as US President Is the Beginning of Opening for World’s Poor People 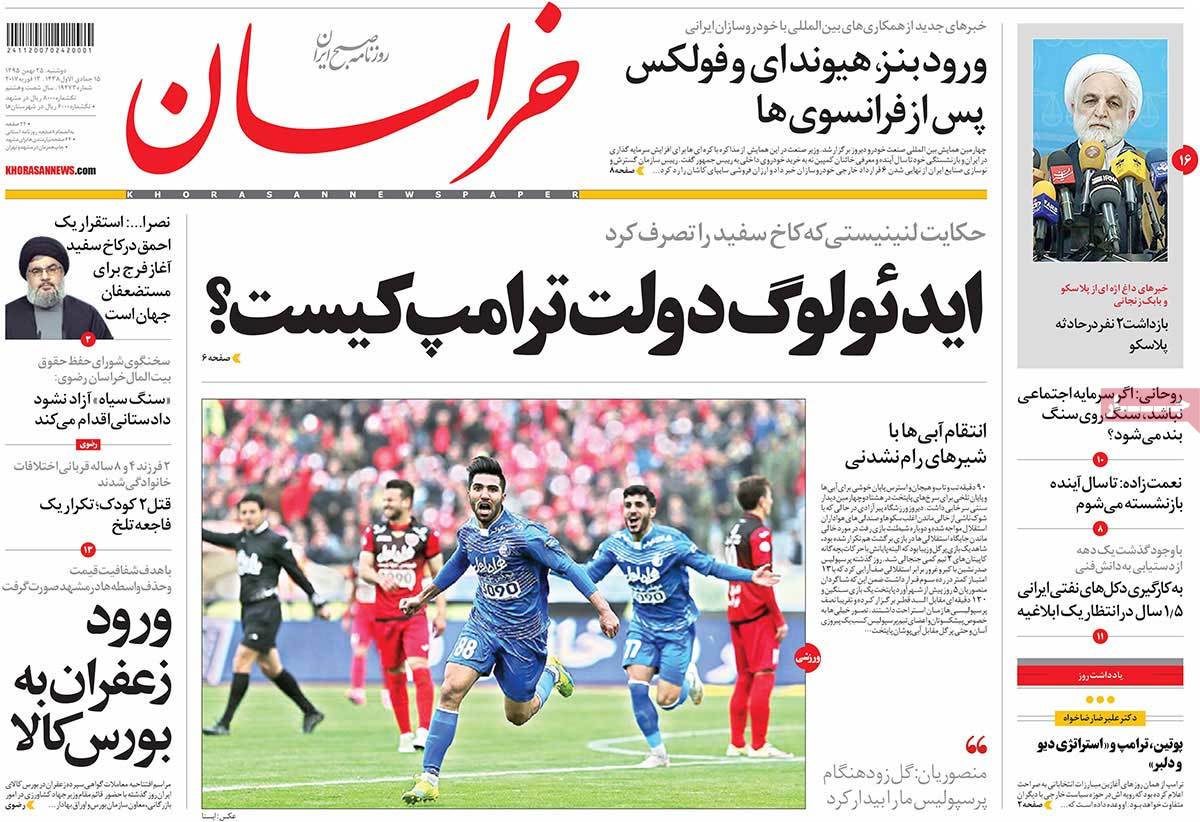 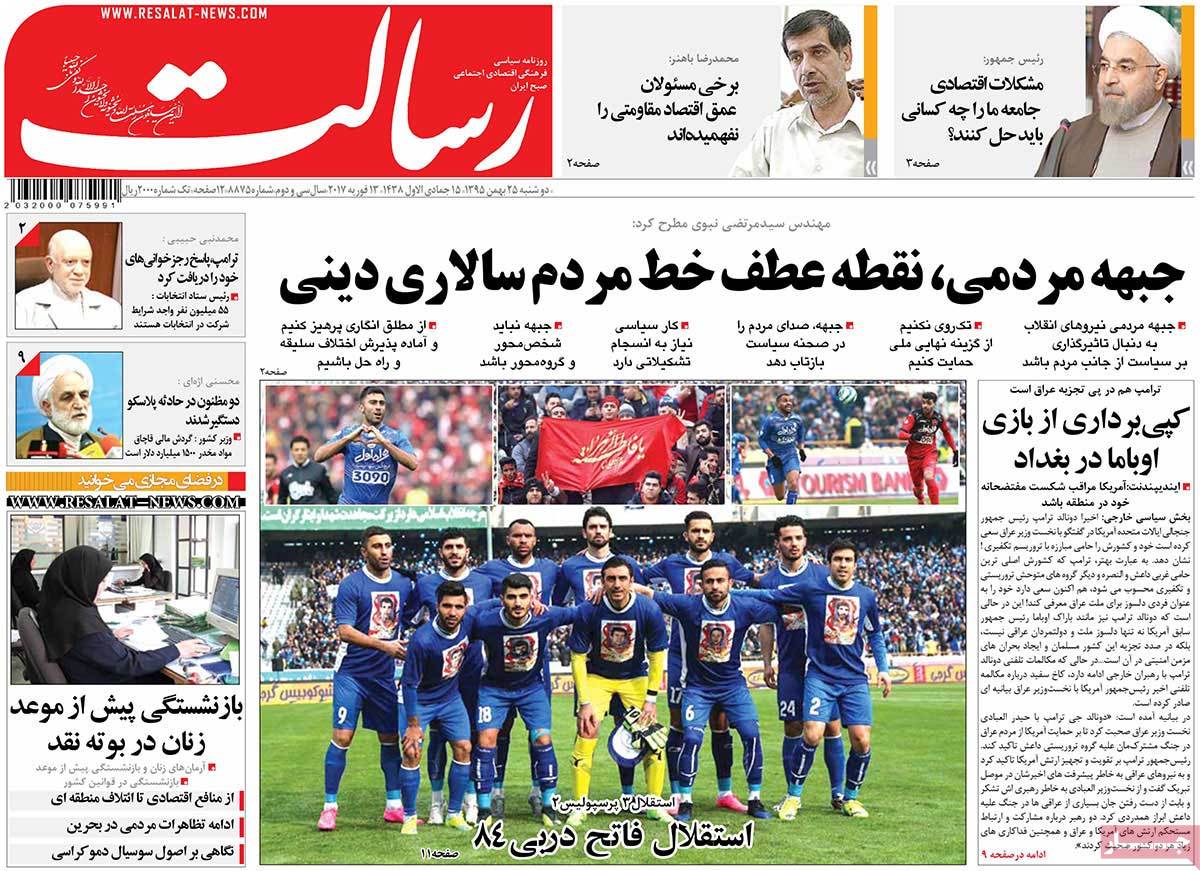 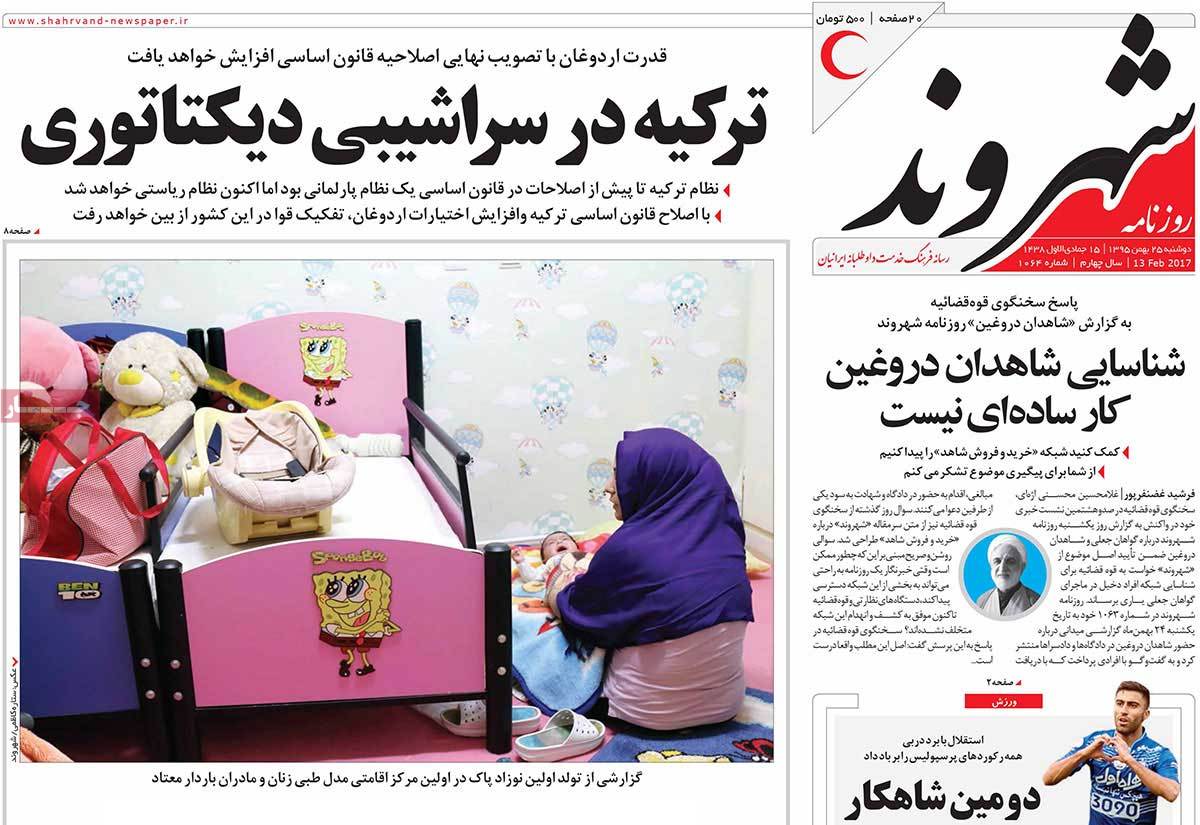 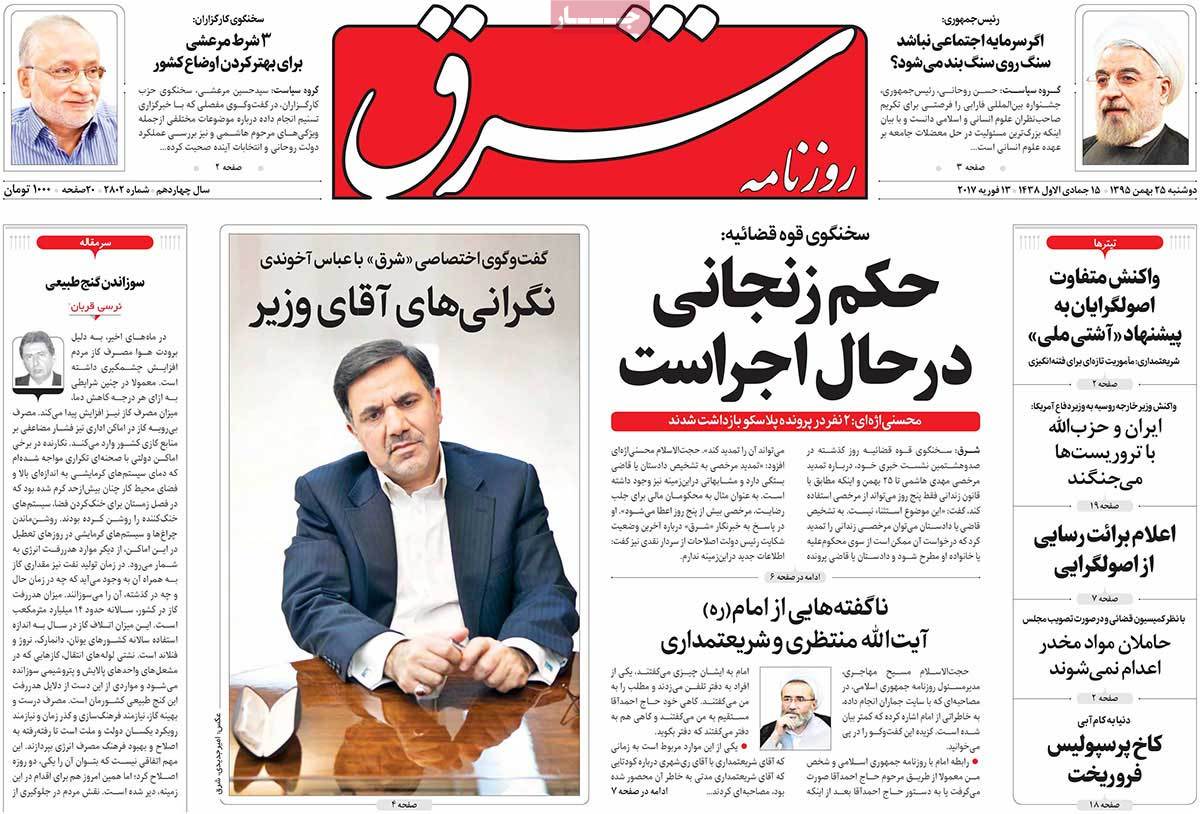 1- Zarif: General Soleimani and I Are Serving Same Establishment; Achieving National Interests Is on Our Agenda 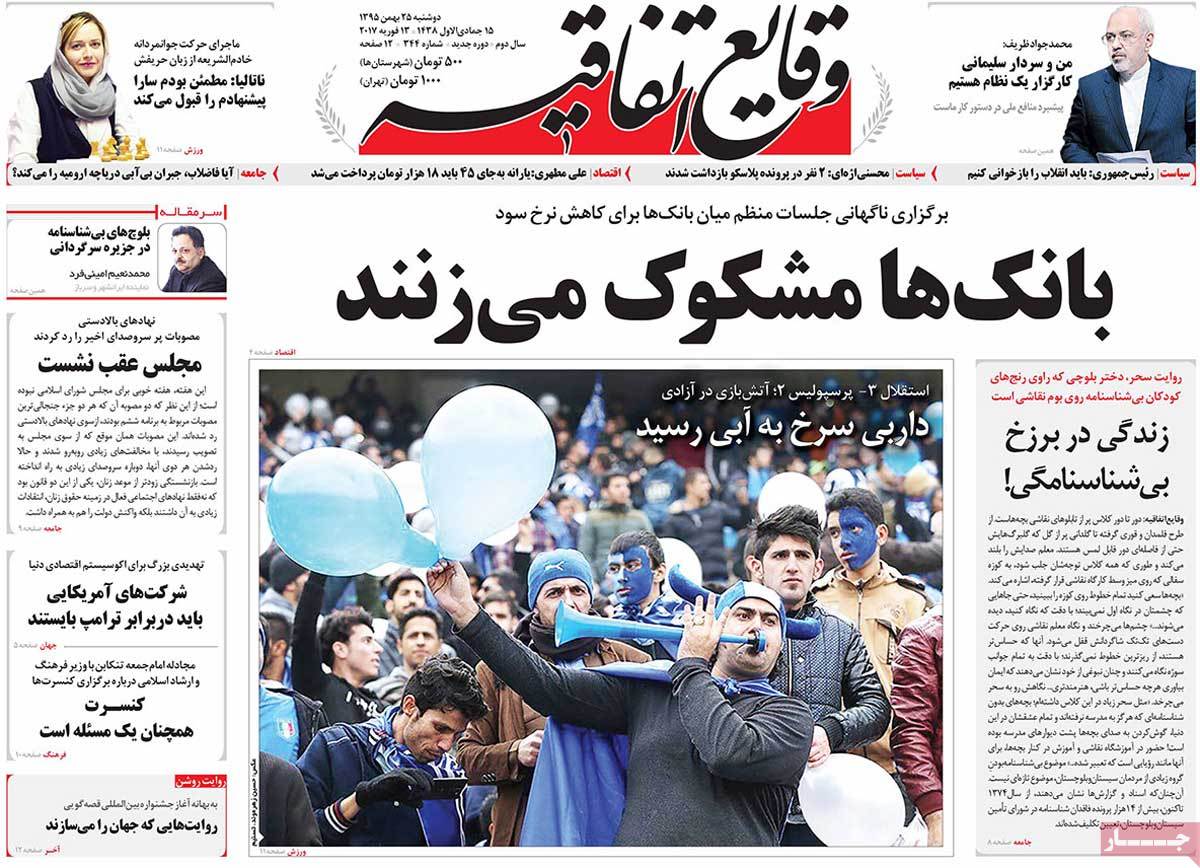 1- Abnormal Khuzestan; Senior Cleric Says Even during Iraqi Imposed War on Iran in 1980s, Iran’s Khuzestan Didn’t Experience Such a Situation; MPs Issue Statement in Protest at Mismanagement of Water and Power Cut Crisis in 11 Cities of Khuzestan 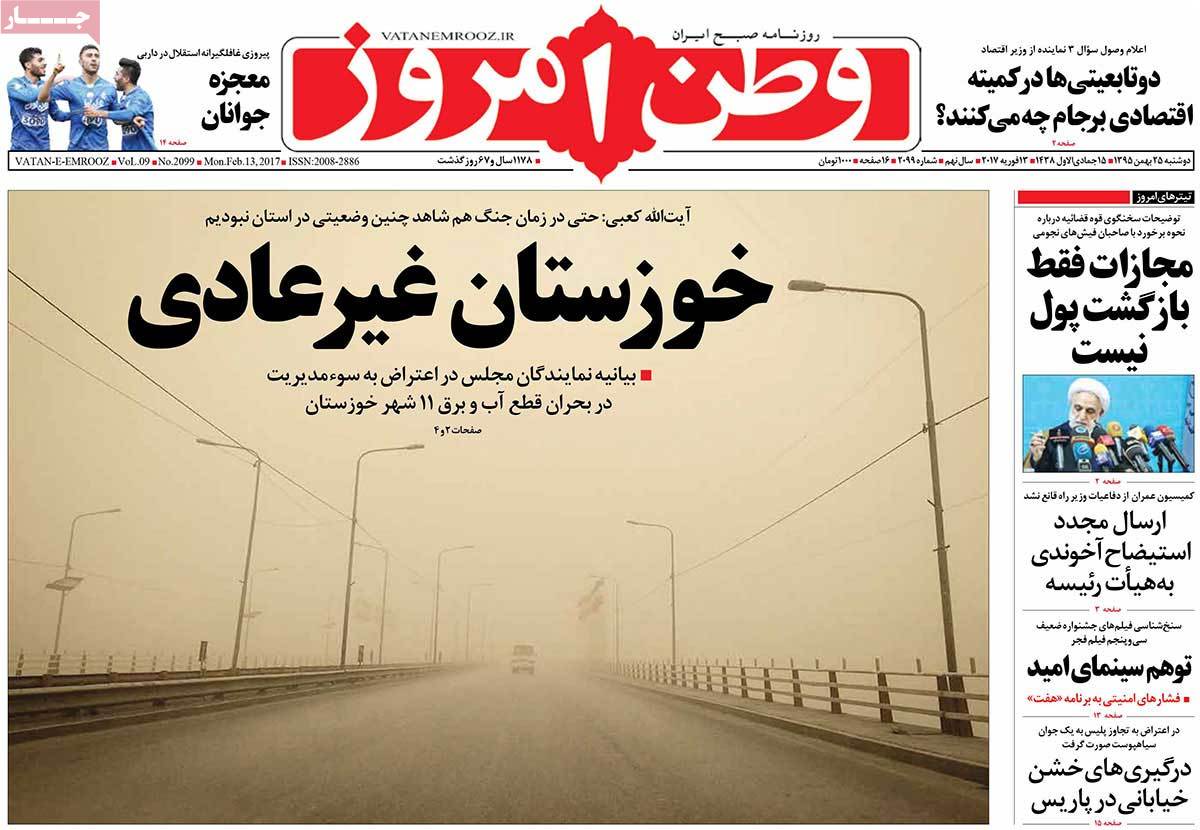