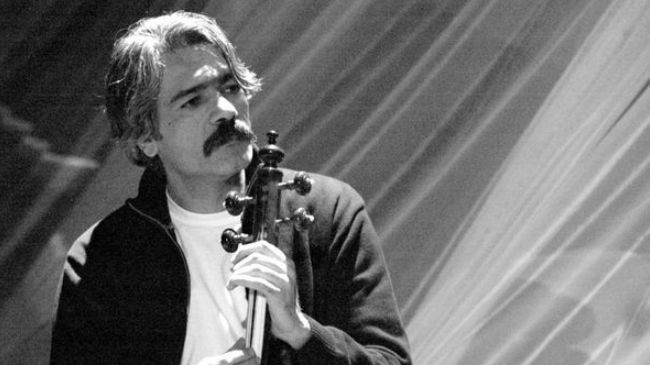 Press TV- The international Silk Road Ensemble, which enlists the virtuosity of a world-renowned Iranian traditional music maestro among other greats, has been conferred with the title for Best World Music Album at this year’s Grammy Awards.

The 59th Annual Grammy Awards were held at Staples Center in Los Angele on Sunday.

The multinational band, led by fêted French-born Chinese-American cellist Yo-Yo Ma, serves to intermingle world’s sundry musical styles as a means of sending across an eclectic and intertwined cultural message. Yo-Yo Ma is touted as one of the century’s greatest cellists.

The band won the accolade for its “Sing Me Home” album. The ensemble’s website calls the work a “tribute to the ways culture can help us encounter, connect, and build something new.”

On the ensemble, Iranian maestro Keyhan Kalhor plays Kamancheh, an Iranian traditional stringed instrument. He is known as Iran’s “most international” artist.

He has invested much effort in acquainting foreigners with the Iranian music and is the only Iranian musician to have been nominated to receive a Grammy Award four times.

His musical mastership has adorned the score for Youth Without Youth, a 2007 fantasy drama film written and directed by Francis Ford Coppola.

“Musicians, music experts, and musicologists should be au fait with mathematics, history, and literature,” has said Kalhor, in words that echo the profundity of his musical expertise.