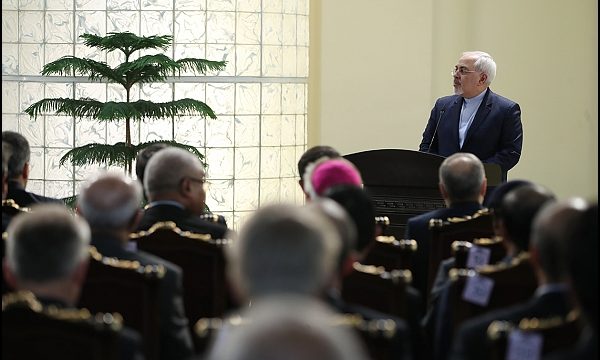 IRNA – Foreign Minister Mohammad Javad Zarif said on Thursday that Tehran’s message is peaceful and friendly life with those ready for mutual respect.

Addressing a ceremony on the eve of the 38th anniversary victory day of the Islamic Revolution attended by 180 Tehran-based ambassadors and diplomats, Zarif said that the ceremony marks victory anniversary of a revolution which, by relying on the public, put an end to hegemonism and servitude.

The public played a crucial role in the victory of the Islamic Revolution and resisted against foreign pressures and went on down the path of progress, development and security, he said.

Such a path establishes the biggest credit for the revolution, and shows that no one is capable of threatening Iran and the Iranian people, Zarif said.