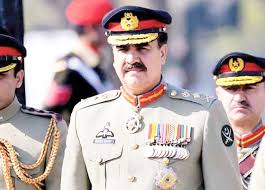 New military alliances in the world

February 9, The Iran Project – These days, leaders of different countries have reported the need to form a new military alliances focusing on terrorism.

In this regard, Donald Trump, President of the United States in response to a reporter’s question in relation to the protection of NATO, formally named the North Atlantic Treaty Organization, said the organization was created to protect other countries from the former Soviet Union.

The alliance has now lost its effectiveness because nowadays tackling the extremist and radical Islamic terrorists are considered as pivotal issues around the world.

Currently, Trump has repeatedly questioned whether the US should unequivically defend allies of NATO because he believes that other member nations have not “fulfilled their obligations to” America.

In comments that are likely to create fresh tensions with the US’ closest European allies, Trump described NATO as “obsolete” and said other European nations would probably follow Britain’s lead by leaving the European Union.

NATO, which Trump has called “obsolete,” irrelevant, expensive and unfair, was first created by the US in 1949 so that each member nation could collectively protect one another from the former Soviet Union, of which Russia was a part. Trump’s comments, which were prompted in part by deadly terror attacks in Brussels in March, have been condemned by the Pentagon and the Joint Chiefs of Staff, among other government officials.

It is worth mentioning that the Trump proposal has been widely welcomed by Russia.

Kremlin spokesman Dmitry Peskov has recently announced that Moscow agrees with Trump that the NATO has outlived its usefulness.

“Because it is honed on confrontation, and the entire structure is dedicated to the ideals of confrontation, then of course it can hardly be called a modern structure that meets the ideas of stability, sustainable development and security,” Peskov stressed.

But a few days ago, the news media reported that that former Pakistani army chief General Raheel Sharif was made the chief of 39-nation Islamic military coalition based in Riyadh aimed at combating terrorism.

On Jan 2017, Pakistan Defense Minister Khawaja Muhammad Asif admitted that the decision to appoint Gen Raheel, who retired in November 2016, was taken after taking the incumbent government into confidence.

The Saudi government had surprised many countries by announcing that it had forged a coalition for coordinating and supporting military operations against terrorism in Iraq, Syria, Libya, Egypt and Afghanistan.

Who is General Raheel Sharif?

The first priority of the new military alliances, such as the Trump’s view, is the fight against terrorism. Now the question is who is Gen. Raheel Sharif?

General Sharif was born in Pakistan and is a member of the families of soldiers who killed in the war between India and Pakistan.

A staunch opponent of Indian policies, Sharif is considered as most influential Pakistani military commanders.

He also suspended the trial of ex_ Pakistani Presidnet Pervez Musharraf and prevented any attempt by Prime Minister Nawaz Sharif for forging peace between Pakistan and India.

In December 2016, Musharraf has claimed that General Sharif helped him leave the country by keeping the government from pressuring the courts.

“Well he (Raheel Sharif) did help me. I have been his boss and I have been the Army Chief before him… he helped out, because the cases are politicized, they put me on the ECL (exit control list), they turned it into a political issue,” Musharraf said.

General Sharif managed to establish a militant network across Pakistan and enhanced the security of Karachi which is considered as the country’s financial capital.

Last year, General Sharif announced that peace (in Karachi) is crucial because of its direct link with the country’s economic progress.

He also safeguarded the security in Baluchistan’s economic corridor, which plays a pivotal role in reinforcing relations between China and Pakistan.  Touching upon General Sharif’s experiences in military and economic affairs of Pakistan, it seems that the appointing him as the first commanding general of Islamic military alliance is considered as an important potential in terms of staffing, financial resources and networking its affiliated militias.

Now the million-dollar question is what is the definition of terrorism in the military alliance’s point of view?

Are Lebanon’s Hezbollah, Ansar Allah or the Muslim Brotherhood who are deemed as terrorist organizations in the opinion of Arab League, the subject to the military alliance’s operation? Is this military alliance or according to the Telegraph, the Islamic NATO, would cooperate with NATO or the African NATO?

And most importantly, what is the purpose of Islamic NATO in the medium and long term, if it has no mission to tackle communism or Russia in term of NATO definition?