A Look at Iranian Newspaper Front Pages on February 8

Iran Front Page- All newspapers today covered the remarks made by the Leader of Islamic Revolution Ayatollah Seyyed Ali Khamenei in a meeting with commanders and personnel of Iran’s Air Force on Tuesday.

They also covered President Hassan Rouhani’s comments about the course of Tehran’s talks with world powers over its nuclear energy program, and the contribution of Iran’s Leader to the success of nuclear talks.

A meeting between the heads of trio branches of Iranian Establishment, namely President Rouhani, Parliament Speaker Ali Larijani, and Judiciary Chief Ayatollah Sadeq Amoli Larijani, was also a top story today. The meeting, hosted by Rouhani, was significant particularly after the war of words between Rouhani’s administration and Amoli Larijani. 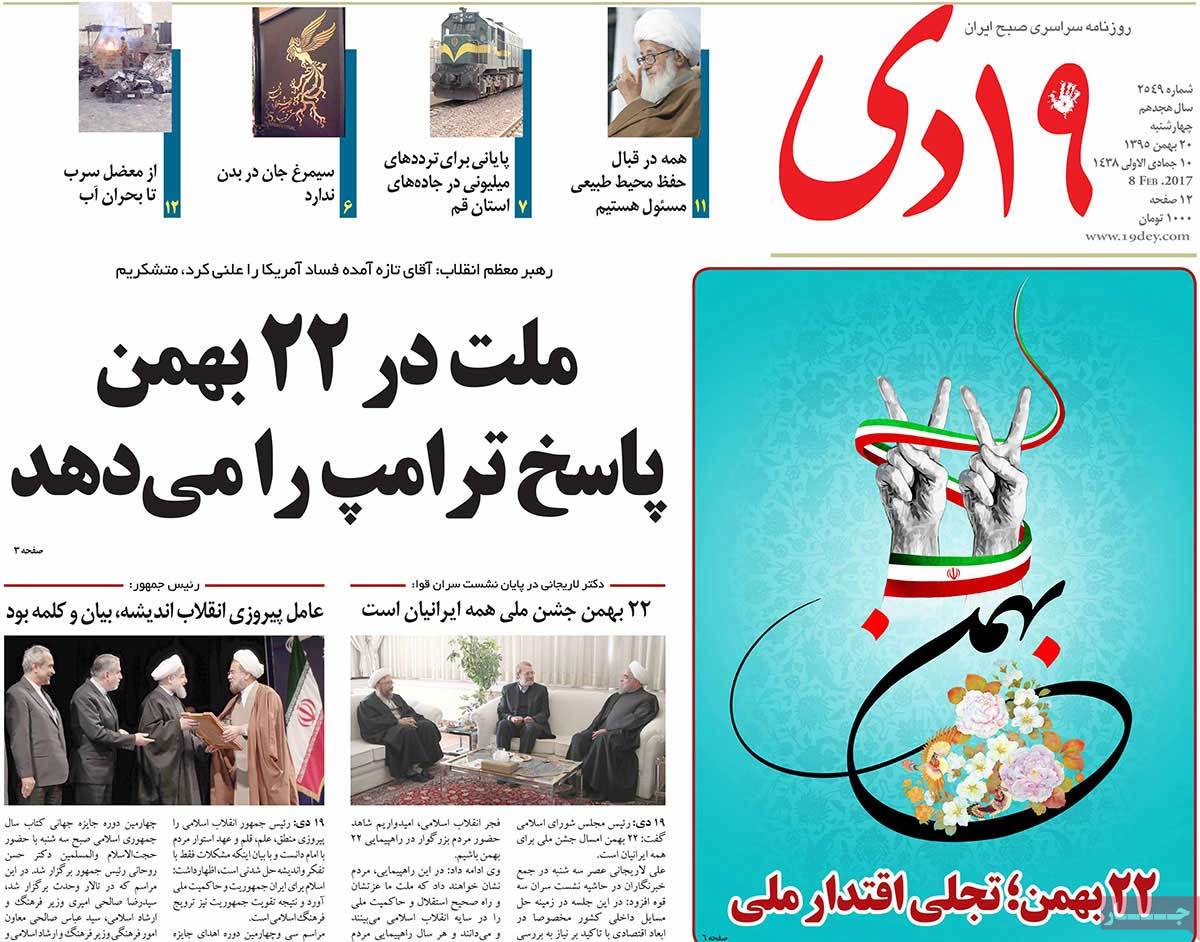 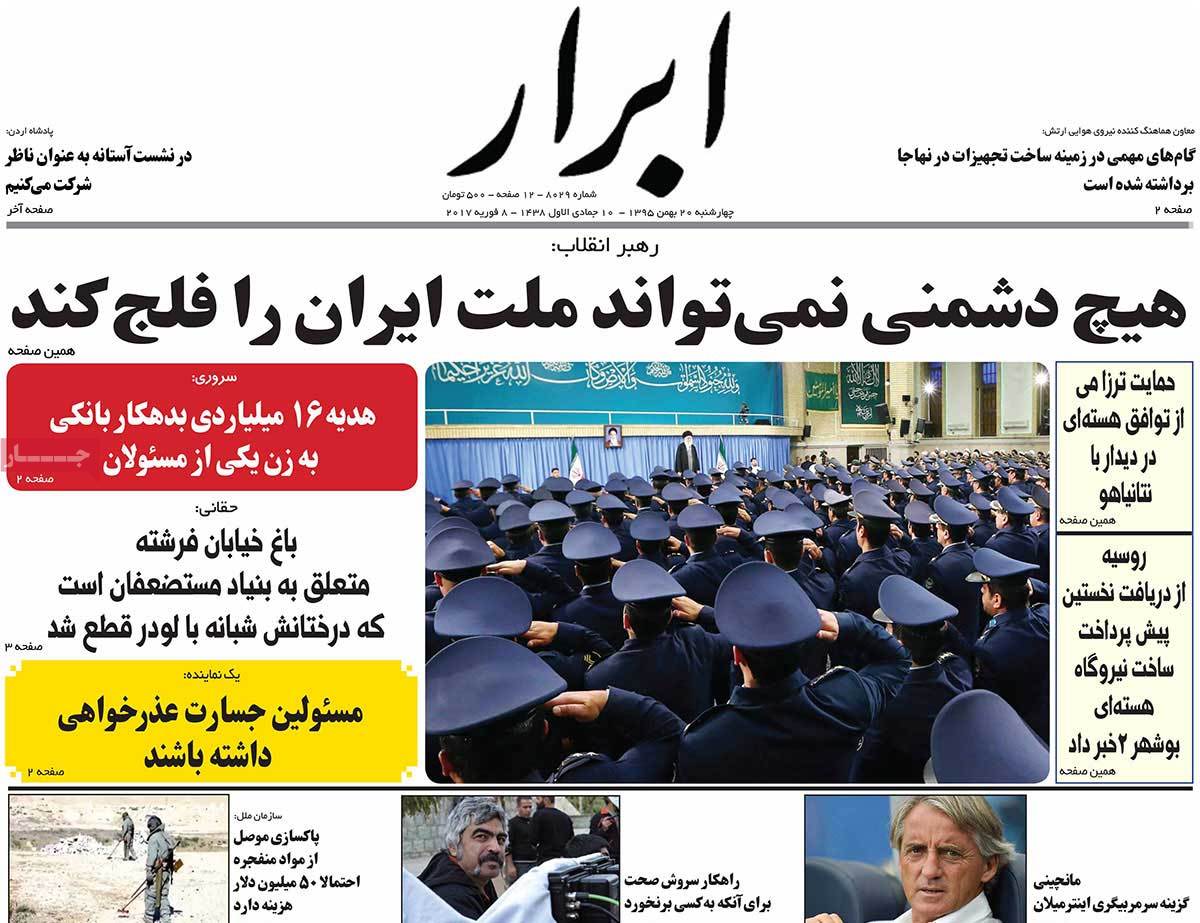 1- End of Rumours about Ayatollah Hashemi Rafsanjani’s Aristocracy: In Spite of Numerous Rumours, Latest Photos of His Home Show His Simple Life. His Salary Was Even Lower than That of His Advisor 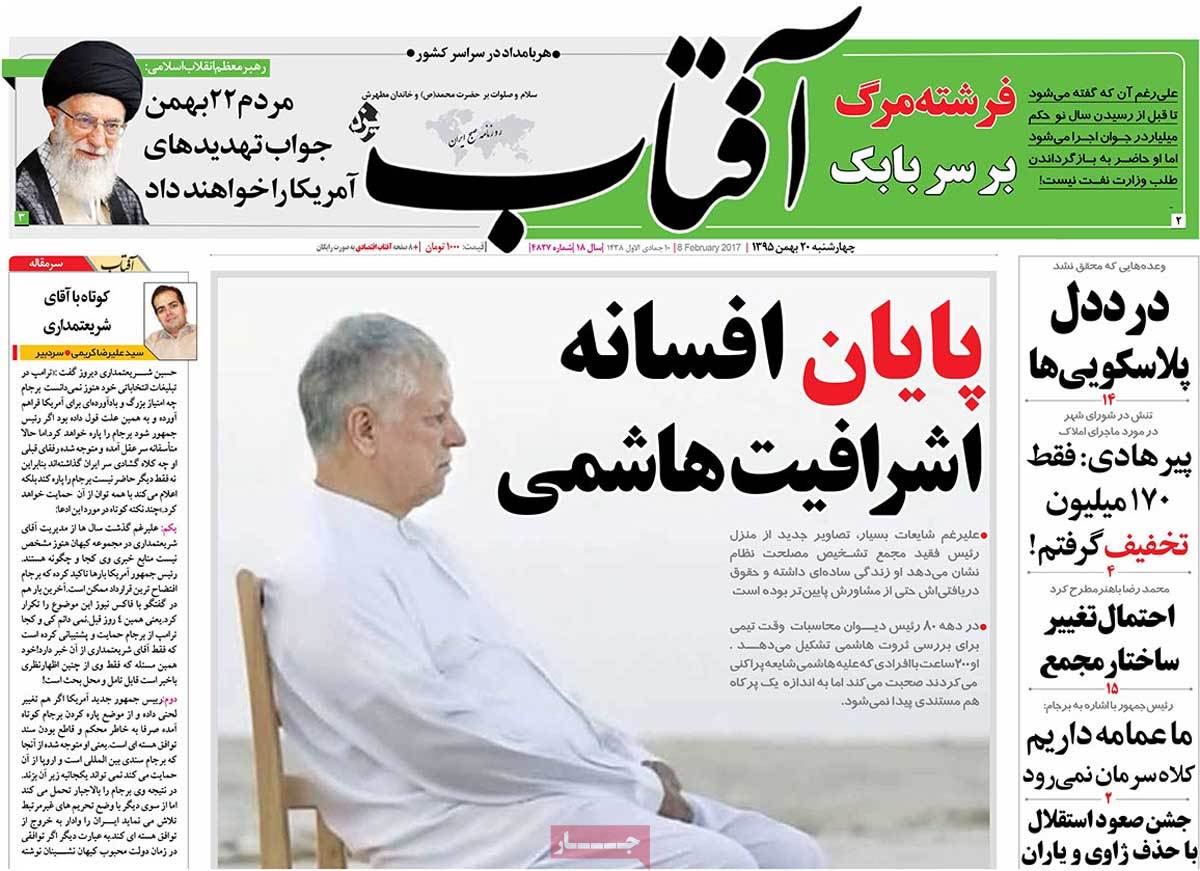 2- Rouhani: We’re on the Stage of Economic Growth

3- Purchase of Yellow Cake after 40 Years: 5kg of 20% Enriched Uranium Delivered by Russia to Iran 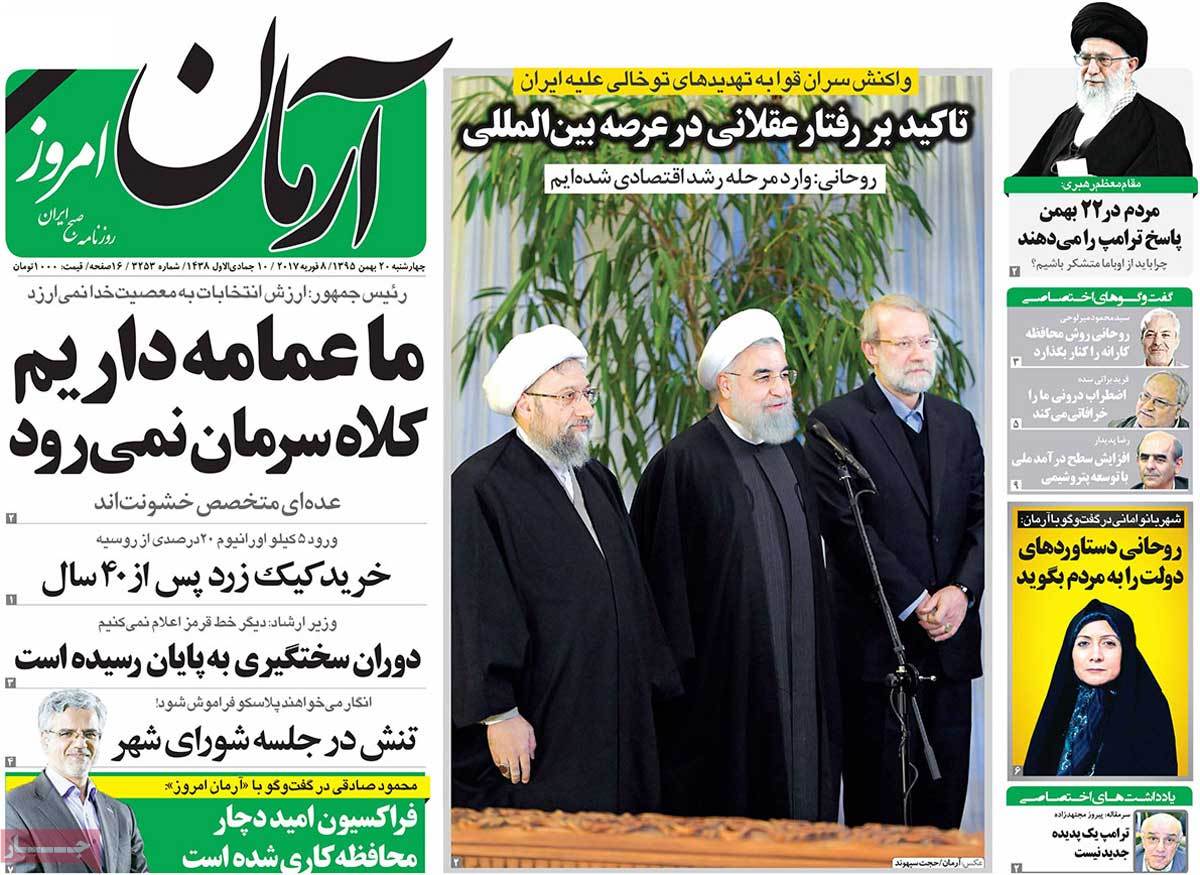 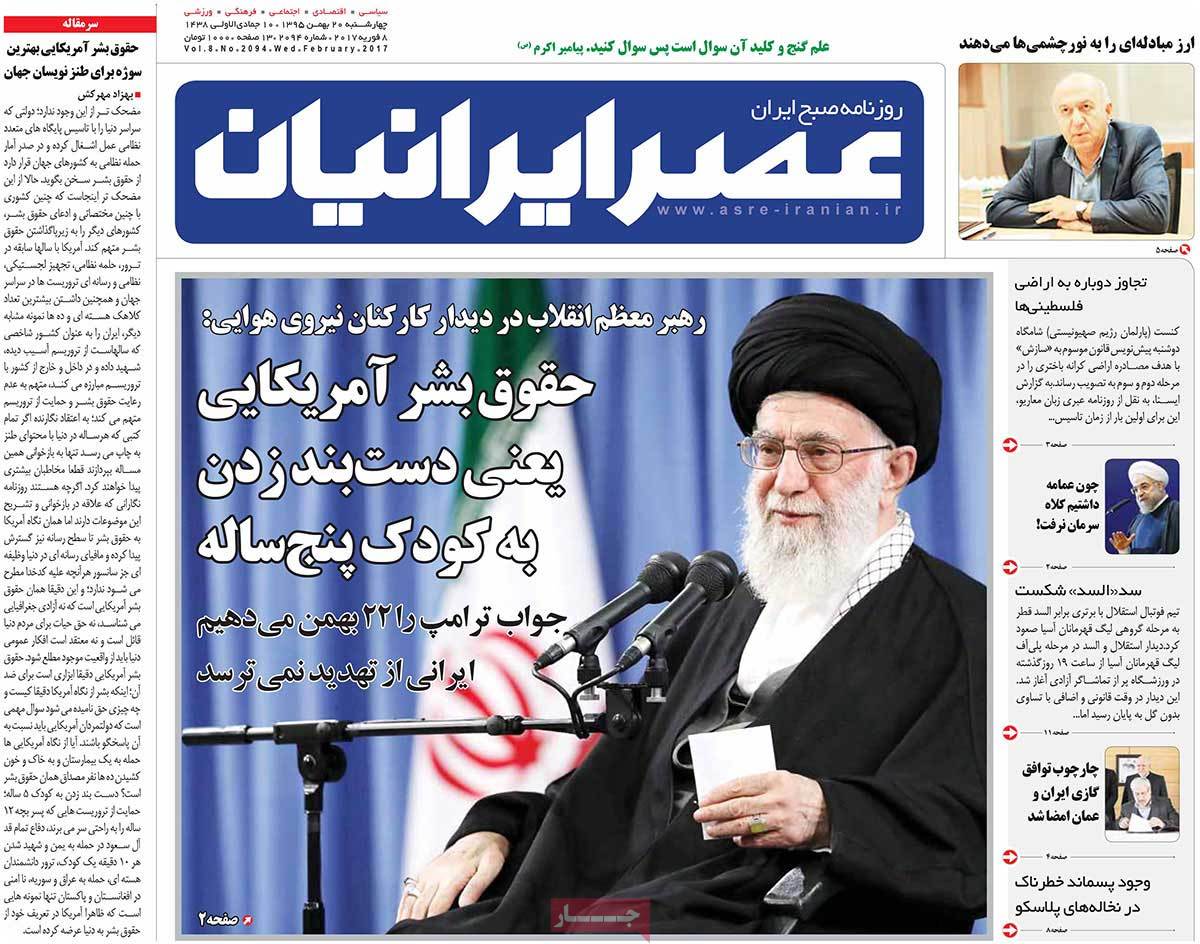 2- Government Spokesman: It Is Illegal to Beat Journalists 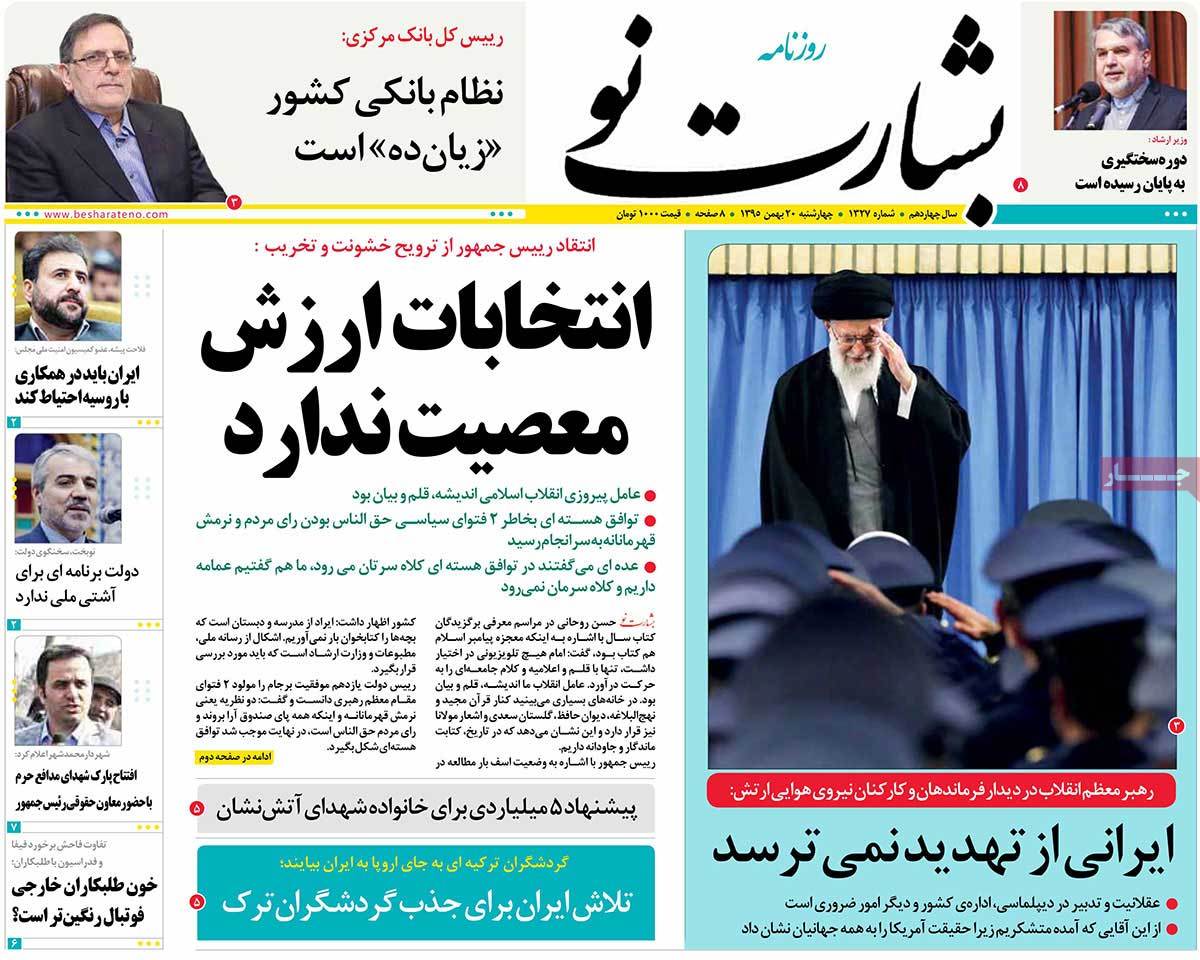 1- Iranian President Criticizes Spread of Violence and Attacks: Election Is Not So Important that You Commit Sin for It; Thoughts, Essays, and Expressions Were Main Factors Leading to Victory of Islamic Revolution

3- Senior MP: Iran Should Be Careful in Cooperation with Russia

1- After Months of Conflict between Rouhani, Larijani, and Amoli Larijani, They Hold Joint Meeting with Message of Unity and Coordination 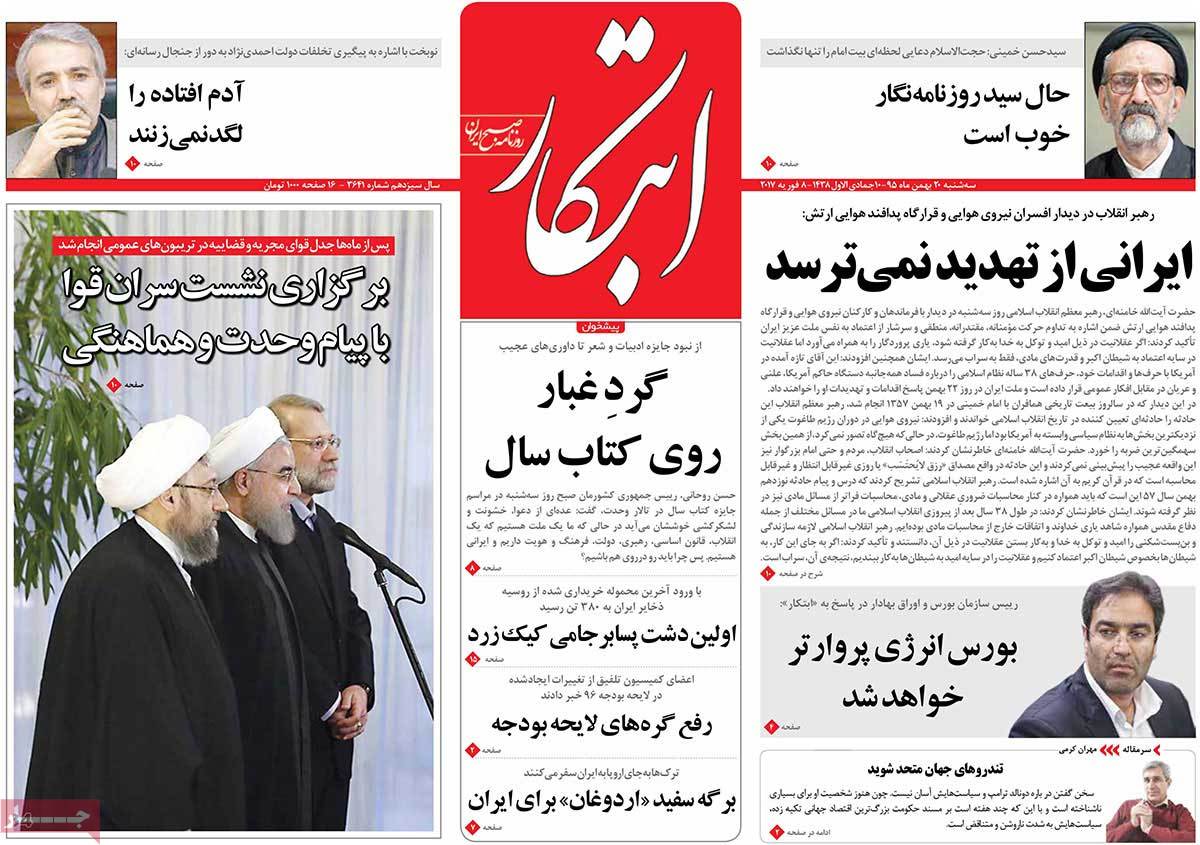 2- Opening of Most Equipped Library for Blind People 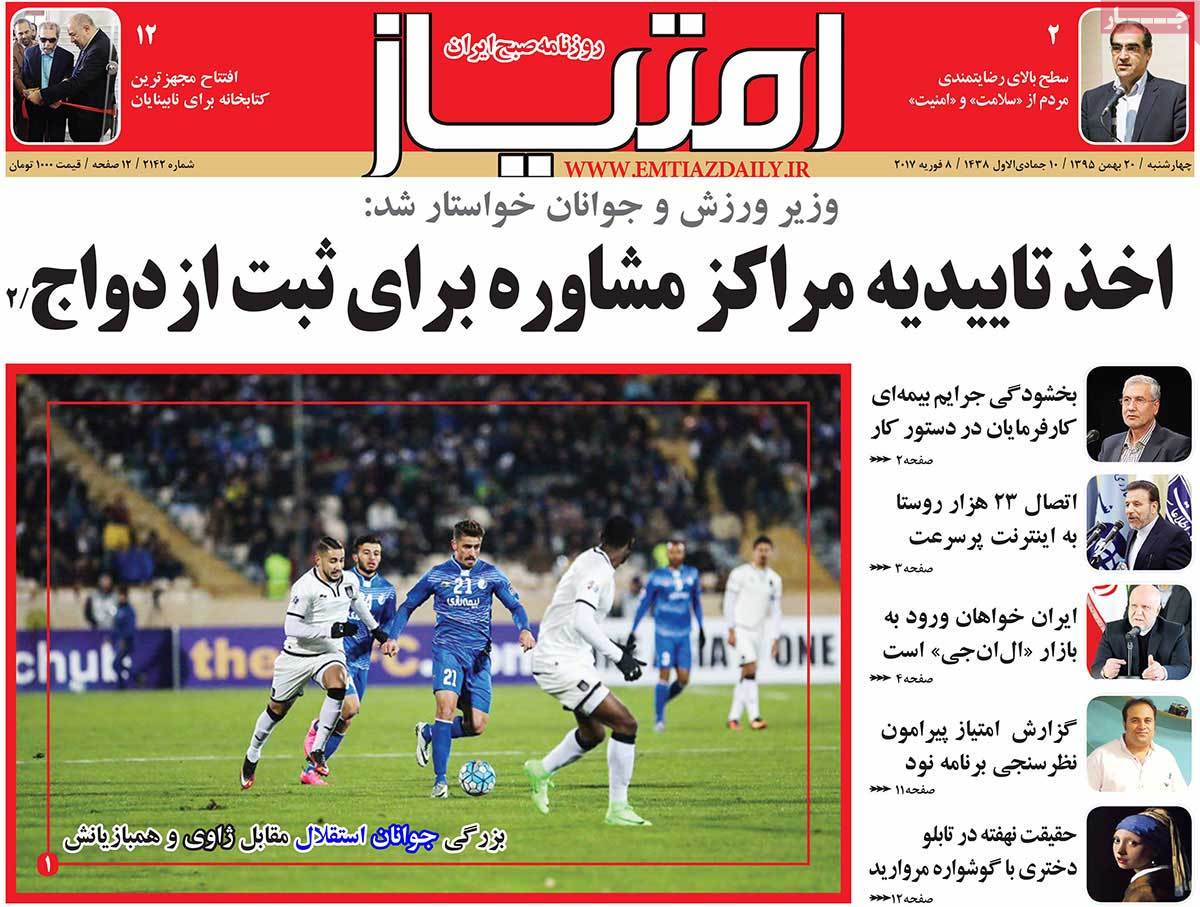 1- President: We Should Make Our Society Invulnerable through Thoughts and Expression of Truth 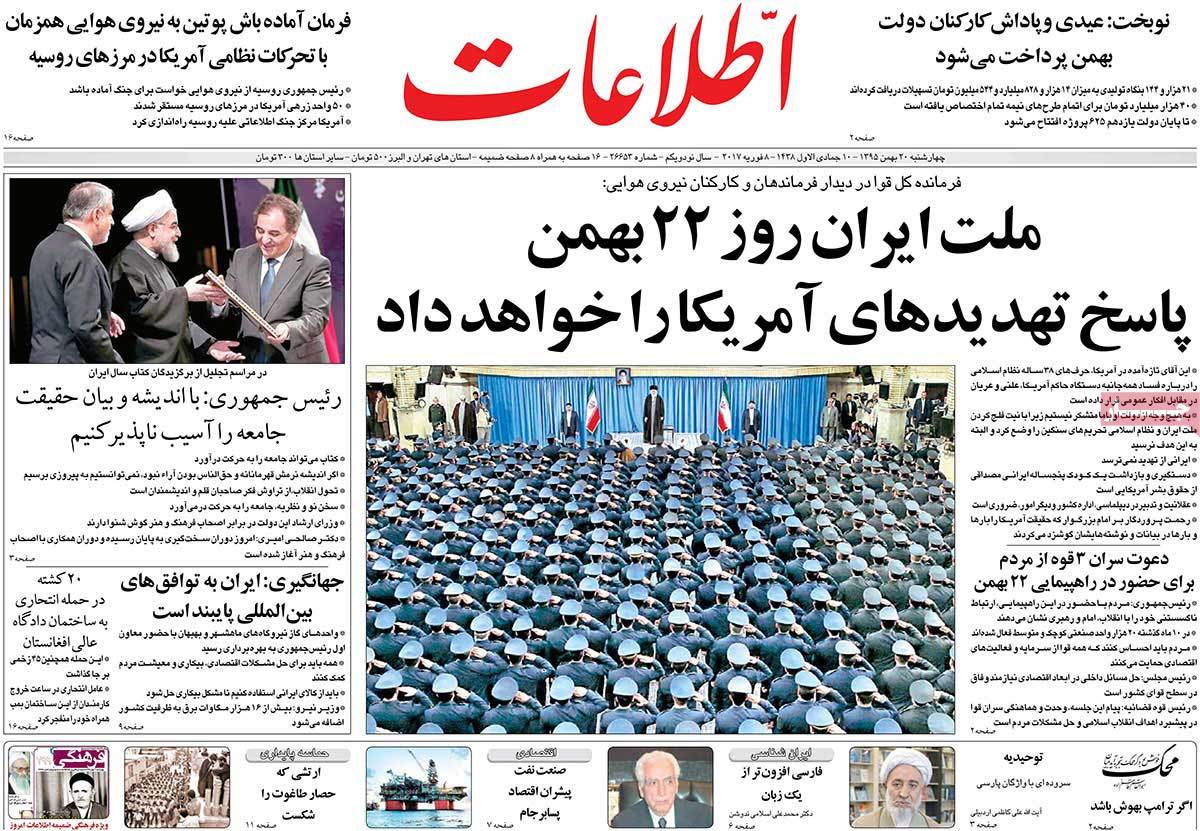 1- Directly from Azadi [Street in Tehran] to California: From among 10 Top Students in Iran’s Sharif University of Technology, Only One Is Living in Iran! Iranian Universities Seem to Have Turned to US Embassies 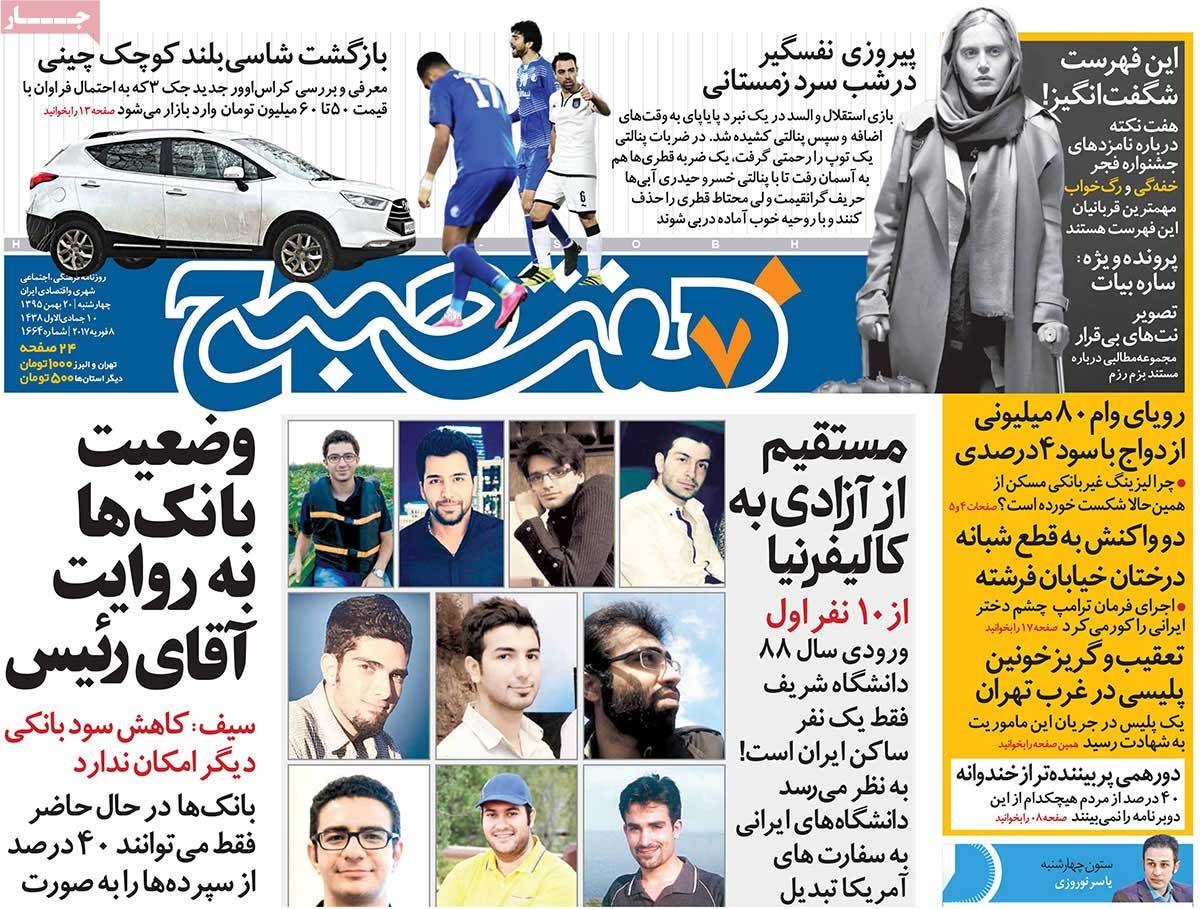 1- Rouhani Criticizes Those Who Sow Seeds of Rift: We’re One Nation, with One Leader and One Government, Why Do You Divide People? 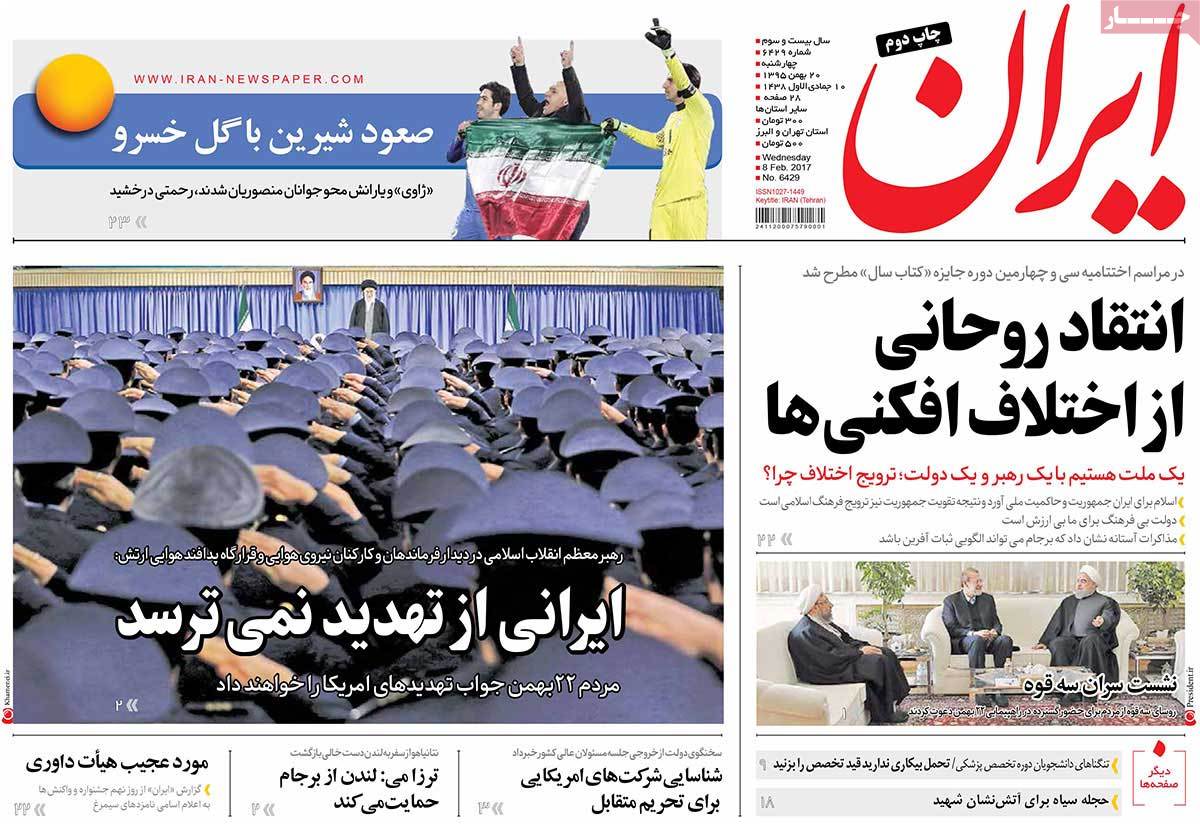 1- Iran’s Leader: People Will Give Iran’s Answer to US in February 10 Rallies 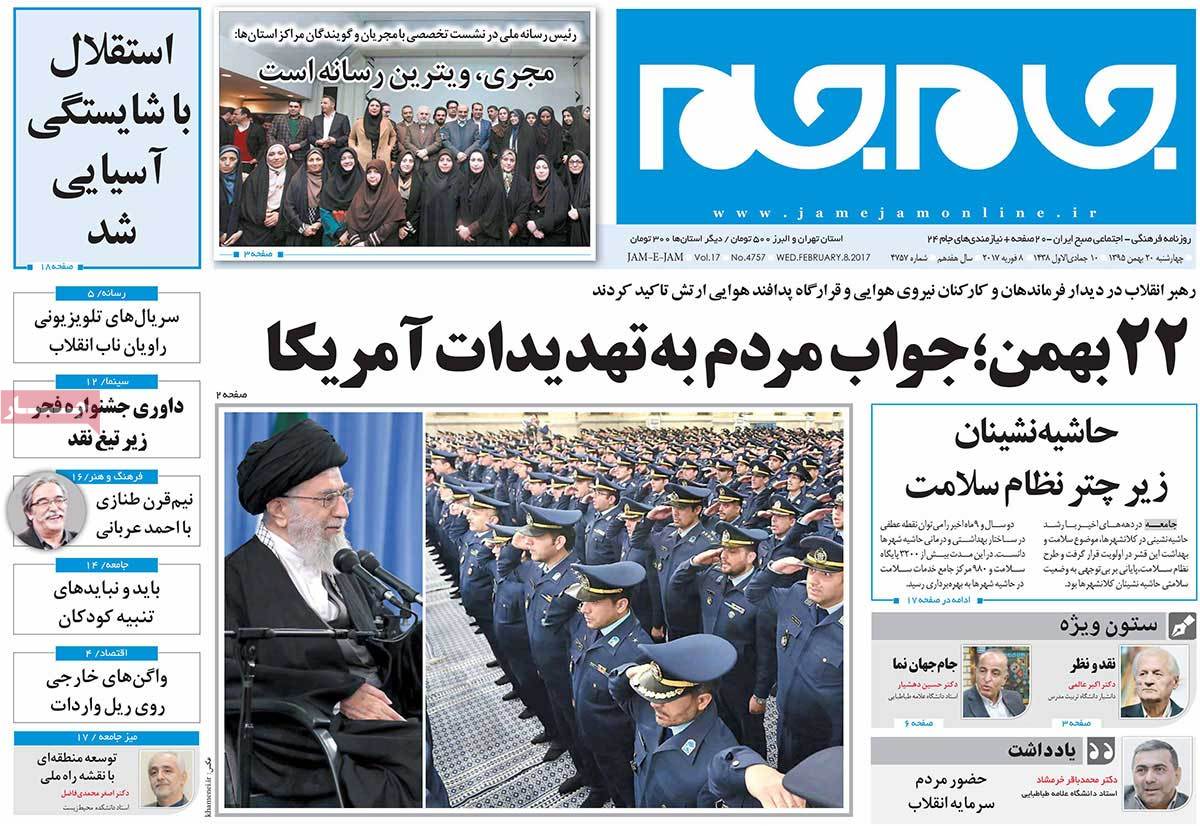 1- Iran’s Leader: We’re Thankful to Trump for Showing Real Face of US

2- Fox News: US President to Reveal Secrets of JCPOA; Trump Trying to Provoke [Iran to] Violation of Nuclear Deal 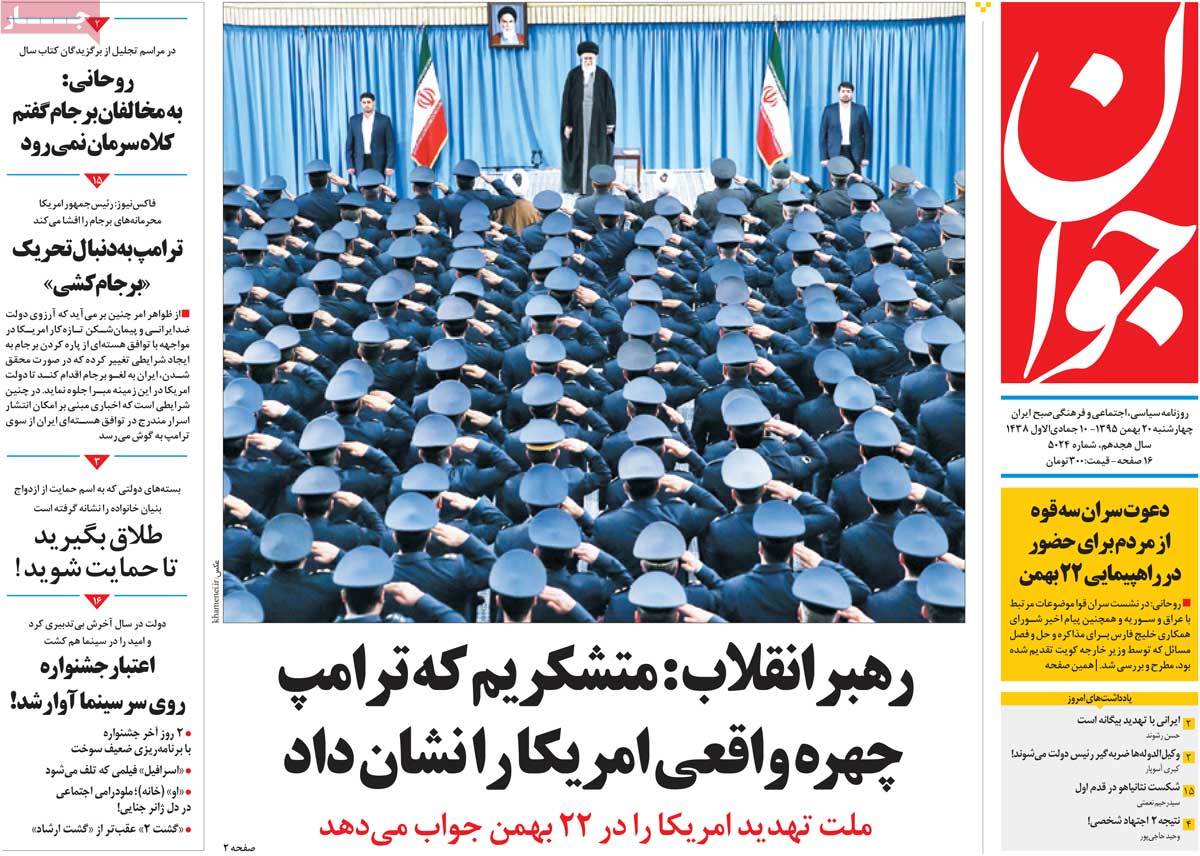 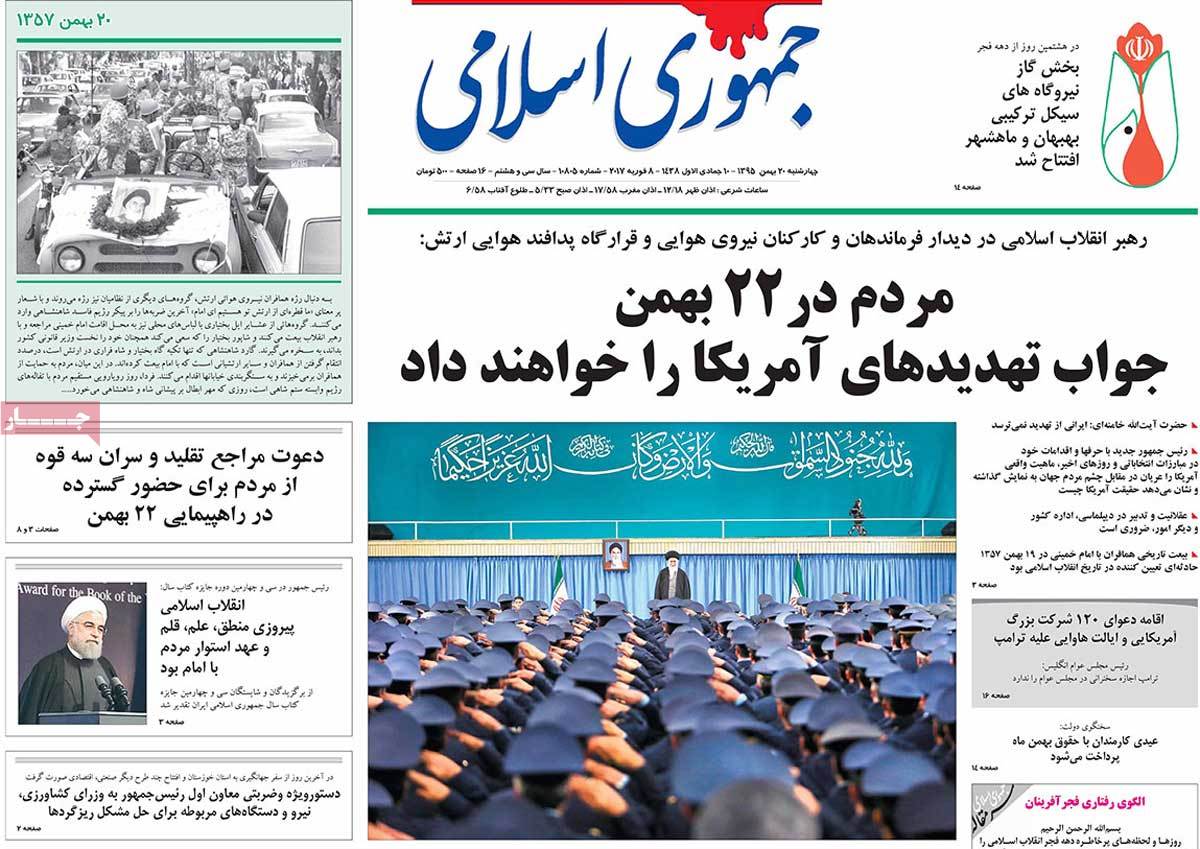 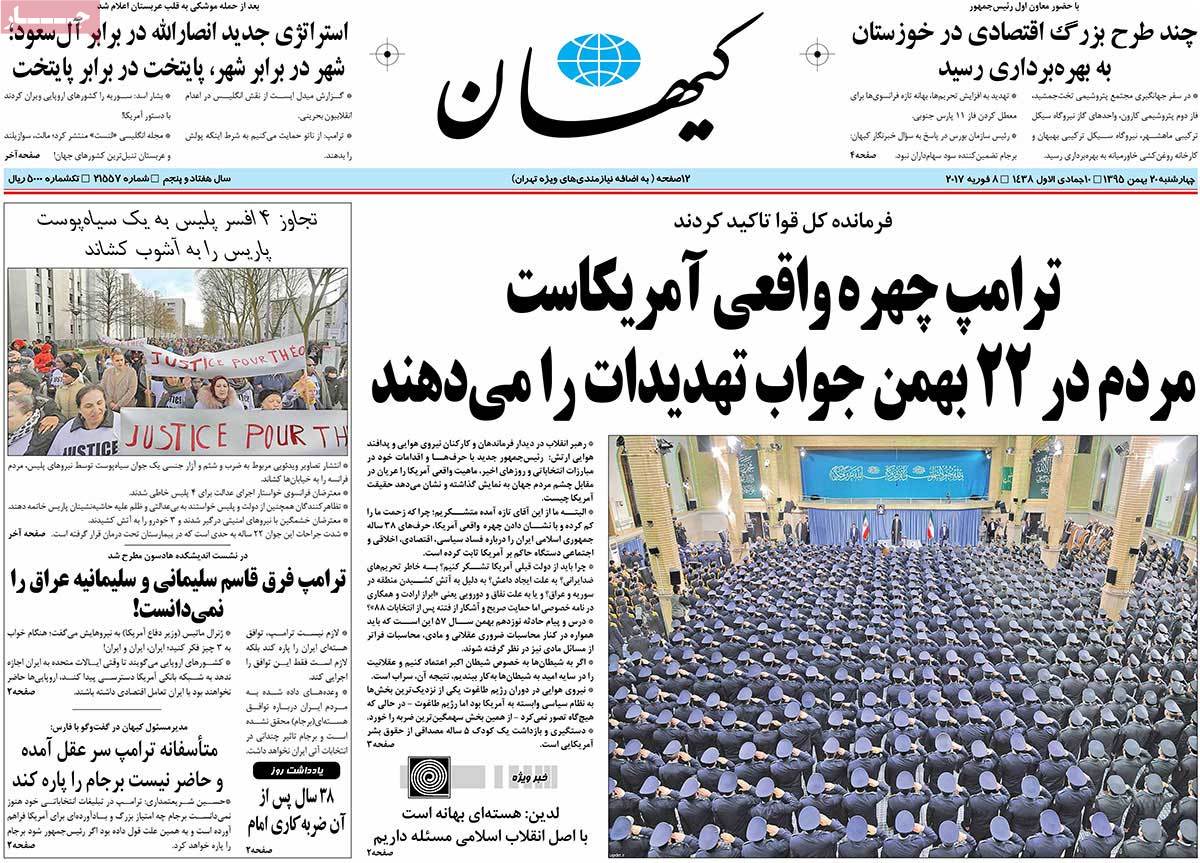 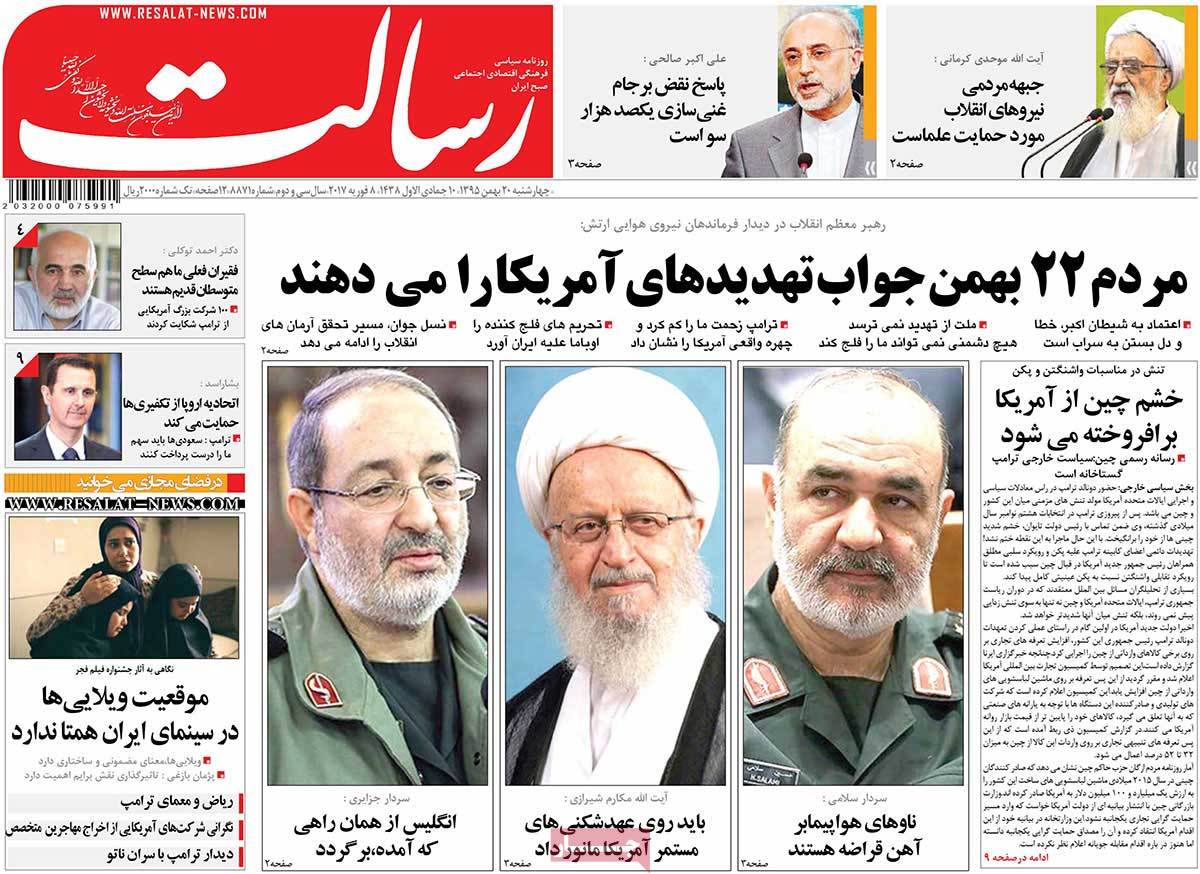 2- President: Some Were Opposed to Negotiation, but [Ayatollah Khamenei’s] ‘Heroic Flexibility’ Theory Paved Our Way 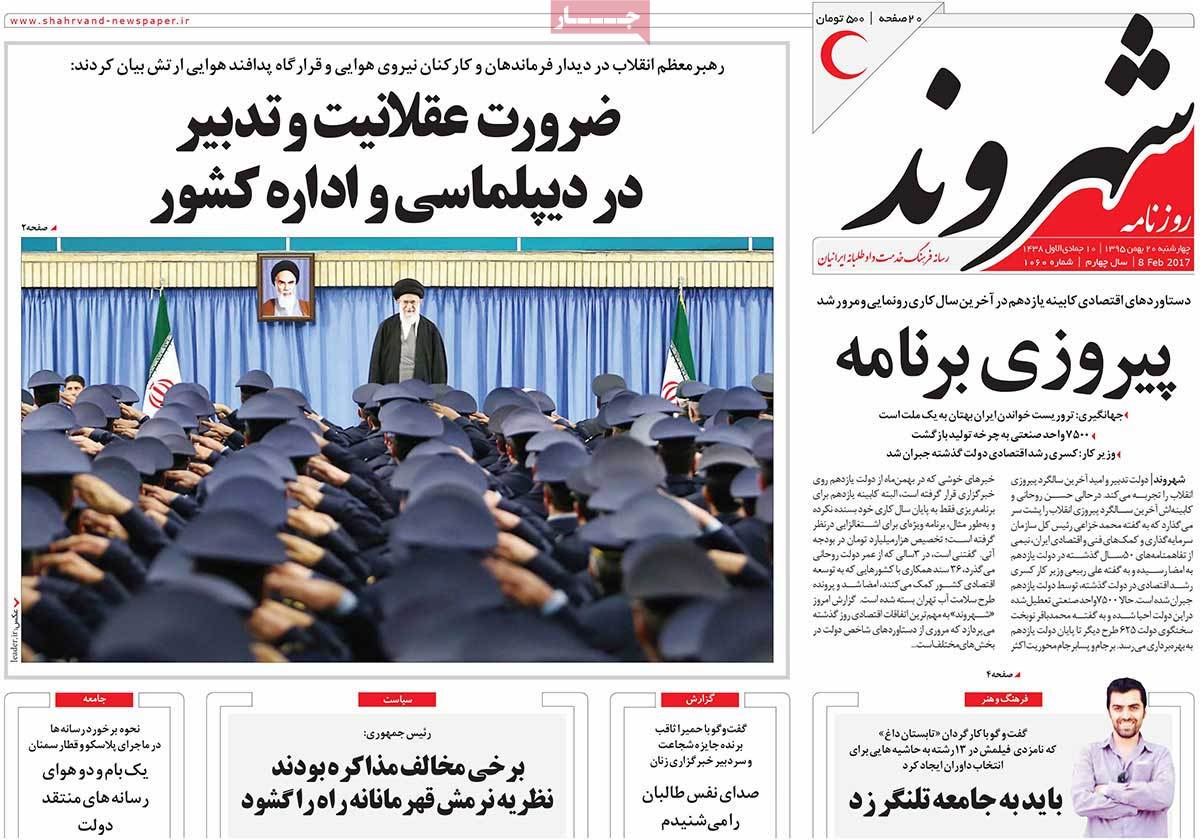 1- President Rouhani Referring to Nuclear Talks: No One Can Trick Us into Doing Something 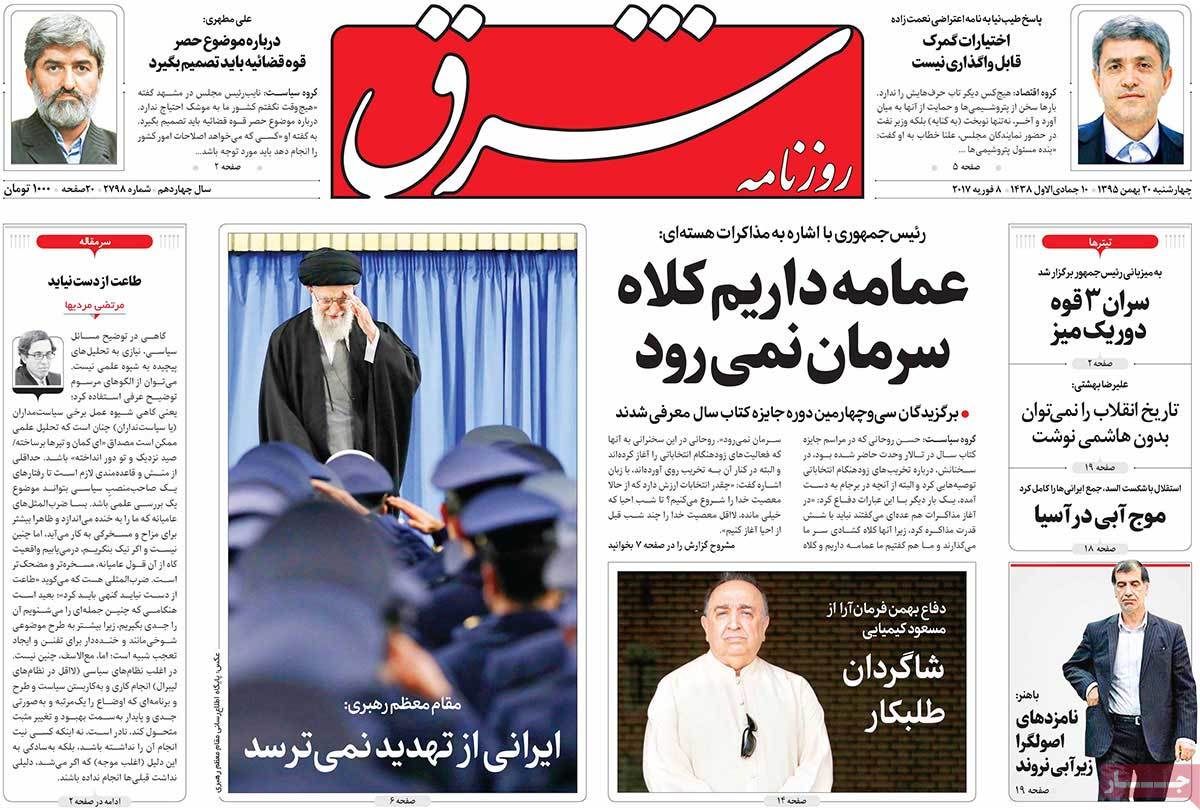