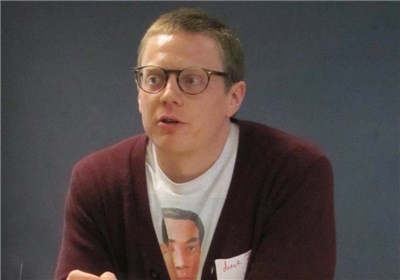 Iran under Shah was ‘Outpost of US Imperialism’: American academic

Tasnim – An American academic said Washington’s hopes for establishing total dominance over the Middle East were dashed after the victory of the Islamic Revolution in 1979, stressing that Iran at the time was only an “outpost of US imperialism” under the deposed Shah’s (king) regime.

“Iran has remained in the crosshairs of US imperialism for one reason only: The US seeks total dominance of the Middle East, and as an independent, sovereign country, Iran stands in the way of that objective,” Derek R. Ford told the Tasnim News Agency.

He added, “While in power, the Shah ran every major decision by the US government, and Tehran was, in essence, an outpost of US imperialism.”

Derek R. Ford is an assistant professor of education studies at DePauw University. Much of his research concentrates on imperialism, geography, and international politics. His last book, ‘Education and the Production of Space: Political Pedagogy, Geography, and Urban Revolution’ was published by Routledge in 2017.

Tasnim: As you know, the Iranian nation toppled the US-backed Pahlavi regime 38 years ago, ending 2,500 years of monarchic rule in the country. Since then, on February 11 each year, Iranian people pour into the streets in their millions to commemorate the great victory of the Islamic Revolution and voice their support for the country’s establishment. What is your take on the victory?

Ford: The Iranian Revolution was a truly global event. It was one of the last revolutions during the great era of liberation struggles that swept the world between 1945-1979, and it significantly upset the status quo in the Middle East at the time, especially as it related to the ongoing legacy of British and US colonialism and imperialism. However, I want to highlight what it did for the Iranian people, which is to put an end to 25 years of violent, tyrannical neocolonial rule. Since 1953 the Shah ruled with an iron fist, dispatching the notorious SAVAK, to constantly torture and execute all manner of political opponents, and making sure that the country’s wealth flowed outside to the US and Britain.

Tasnim: It has been 38 years since the victory of the Islamic Revolution in Iran, and during this time, we have witnessed the hostile acts of the US against the Iranian nation, from the unjust sanctions to the 8-year war with Saddam’s regime and US support for the MKO (Mujahedin-e Khalq Organization) terrorists. Every American administration has found some excuses and methods to continue these hostile acts against the nation of Iran. Considering that Iran has not attacked another nation in more than 300 years, what is the reason for such animosity against Iran?

Ford: Iran has remained in the crosshairs of US imperialism for one reason only: The US seeks total dominance of the Middle East, and as an independent, sovereign country, Iran stands in the way of that objective. It is clear that the US could care less about any issue of human rights within Iran. After all, the US is the world’s leading abuser of human rights. It is also clear that Iran is not an aggressive force in the region. Of course, it operates in conjunction with regional governments, but only at their request. In fact, I would argue that Iran is one of the most important stabilizing forces in the Middle East.

Tasnim: It is said that one of the achievements of the Islamic revolution of Iran is standing against American domination and hegemony in the region and the world. Would you agree with this observation? Please elaborate your opinion.

Ford: While in power, the Shah ran every major decision by the US government, and Tehran was, in essence, an outpost of US imperialism. After running the Shah out of the country and, by extension, running imperialism out of the country, the Iranian people have consistently defended not only their country but the wider region against the US’s agenda. This is not out of a clear ideological outlook, but rather out of the lived experience of Iran under US domination. Right now, we see this most clearly in the alliance between Iran and Syria, where Iran has been a key strategic and military ally to the people of Syria in their fight to retain their sovereignty and to defeat the Western-backed Salafist terrorist groups.

Tasnim: US cruel sanctions have targeted the Iranian people. Under the pretext of support for human rights and democracy, the US has even prevented the Iranian nation from obtaining medicines and medical equipment. These sanctions were undertaken during the so-called peaceful Obama administration and the new presdient Donald Trump gives every indication that he intends to keep the pressure on. Do you think that the American public will come to see this trend of injustice towards Iran, especially as they begin to witness extreme measures taken by Trump?

Ford: Trump is going to keep the pressure on and likely intensify it. It is an extremely dangerous situation. Recently, National Security Advisor Mike Flynn said that the Trump regime was putting the Iranian government “on notice” because the Iranian military tested a ballistic missile and defended itself from Saudi aggression. Additionally, the Secretary of Defense, James Mattis, is a war-monger who is virulently anti-Iranian. The Secretary of Defense in the US is supposed to provide civilian oversight to the military, and as a result there is a law that dictating that in order to be eligible for the position, any former military personnel must have been retired for at least seven years. The Senate voted to override that legislation so that Mattis could serve in the position.

Although there is a lot of propaganda in the US media against Iran, the last thing the people here want is not a war with the country. More and more people are being exposed to the extraordinary crimes committed by the US military and its overreach in the world. I work with the ANSWER Coalition, and we have consistently fought the sanctions and threats against Iran. Over my time working with the group, this fight has gotten increasing support from the population. We can’t be sure what the future holds, but those of us who work for peace and justice in the US will do everything we can to ensure that Iran is able to develop its society, economy, and political structure undeterred from US imperialism.