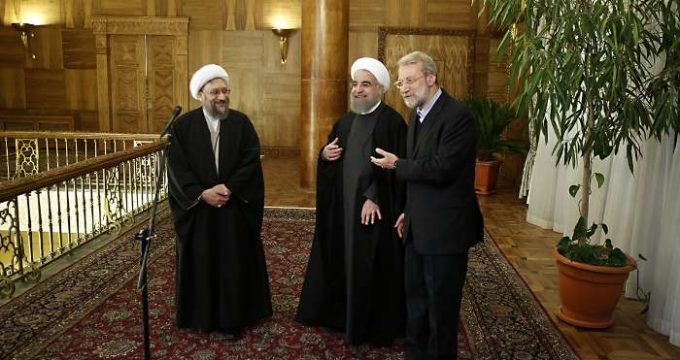 IRNA – President Hassan Rouhani said on Tuesday that Iran’s establishment and all the three branches of government support investment and economic activities.

President told reporters on the sidelines of the joint meeting of the three branches of government that people should feel they are in full security in terms of investment and economic activities.

He said over past 10 months, 20,000 small- and medium-sized industrial units have been activated, which means a move has begun towards economic vibrancy and the ground should be further prepared for the country’s economic progress.

“Today, more suitable haven has been provided for domestic and foreign investment and the atmosphere should be more open and conditions get more suitable for the business to provide people with better life.”