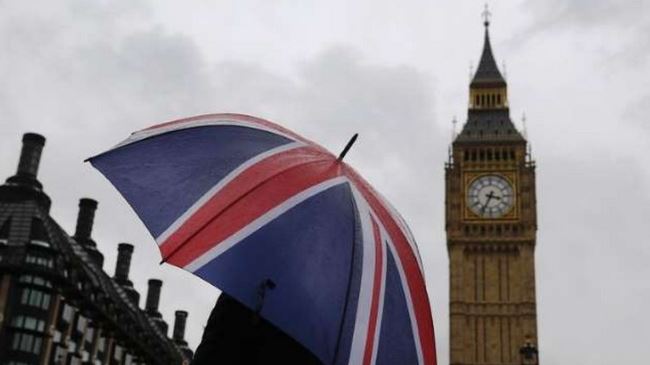 Why Britain returning to Persian Gulf?

Alwaght– Following the collapse of the Soviet Union in 1991, the US has sought to fill power vacuum on global stage using a new world. The US tried to become the only dominate power and  seize all of the global energy resources. Meanwhile, oil was considered as the most important need of the US-led West to lead the world. So, by putting forward the idea of the new world order, the Western world aimed majorly at seizing control of the global energy hubs.

The hub of the world’s fossil energy resources is West Asia region. The region is sometimes dubbed as the “energy pearl of the world.” The Strait of Hormuz, located between the Persian Gulf and the Gulf of Oman, is a vital oil transit crossing for some of the world’s biggest crude oil producing countries such as Saudi Arabia, Iran, Iraq, Kuwait, and Oman.

On the other side, Iran, after Islamic Revolution of 1979, has refused to comply with the American policies in the region. This issue has imposed risks on White House’s schemes to dominate the global energy reserves to prevent its rivals and opponents across the world from gaining power.

To face the Islamic Republic’s independent policies, the West, led by the US, launched the project to propagate Iranphobia worldwide. Although the US had earlier pushed the Iranphobia plan into effect when it contributed to formation of the (Persian) Gulf Cooperation Council, with fall of Soviet Union Washington seized the opportunity to go ahead with its policies with more speed.

In 2011, the suspicious attacks on the twin towers of the World Trade Organization tool place. after a while, the then US president issued an executive order to deploy American forces for war in Afghanistan and Iraq, manifesting that Washington developed in mind plans to move close to the Iranian, Russian, and Chinese borders, not to mention the intention to tighten grasp on the West Asian oil reserves.

Meanwhile, Britain, having a long history of colonialism in West Asia, and particularly in the Persian Gulf region, decided to move shoulder to shoulder with the US and enter the region. Britain, which once left free its colonies after the economic troubles piled up on its body, eyed a return to this geographical area, but this time with more caution and side by side with the US. So, Tony Blair and David Cameron, the prime ministers of the old colonial power, intervened militarily in Afghanistan, Iraq, and then in the developments of the Islamic awakening started in 2011 in Tunisia. The former British leaders justified ideologically and ethically their interventions in the region from 1991 to 2014 by taking advantage of the global community and the conservative liberalism’s doctrines.

During this period of time, the US gradually decided to scale down its military presence in the region and transfer its duty to its main ally Britain to bring about its favorable order. The decision came after Washington sustained heavy political, military personnel, and financial costs in Afghanistan and Iraq. Another drive for US military activity reduction in the region was the fact that the global figures suggested that up to the first half of the 21st century China will replace the US as the top global power if its economy continues to grow this fast. So, the need to focus on Beijing and camp close to the Chinese borders to press this country’s leaders rose to be Washington’s main policy. Accordingly, the former US President Barack Obama, who took office in 2008, set in motion the “pivot to East” policy, meaning a shift of focus from West to East Asia.

Britain’s playing a marked role in Libya war and David Cameron’s struggles to get the parliament’s authorization to take military action against Syria in the second decade of the new century can both be evaluated as part of the aim to restore former role and place in the region. The British leaders also talked about agreement with Bahrain to allow them reopen the Juffair sea base in Port of Mina Salman after 40 years for Britain’s military deployment.

The reason behind picking Bahrain as the first step for British return to the Persian Gulf region was that Juffair sea base was at full British disposal from 1930 to 1971. When the new Bahraini government was established, Britain left the sea military structure. But reconstruction of the Bahraini port in past two years made Britain own its first permanent sea base in the Persian Gulf region.

On the other side, Bahrain government is now grappling with uprising at home. The Bahraini leaders’ expression of worries and claims that Iran will possibly intervene in Bahrain to protect the majority of Shiite Muslims in the face of Sunni rules have prompted Manama-London accord to build up the British military presence on the Bahraini soil.

Accordingly, a month after reopening the British sea base in Bahrain at the hands of Prince Charles, the British crown prince, the British Prime Minister Theresa May participated in the 37th summit of the (Persian) Gulf Cooperation Council summit in Manama, making remarks that apparently expressed the London’s dreams for the Persian Gulf region.

Furthermore, as part of policy to expand military deployment to the Persian Gulf, the British leaders opened a training center for ground forces as well as a new command center in Dubai, the UAE. The Dubai center is tasked with commanding the British forces across Persian Gulf. London’s special concentration on militarism more than political and economic aspects in the region is a road map Prime Minister Theresa May and Foreign Secretary Boris Johnson have come clean on in Manama meeting. They maintained that Britain returns to the region to strengthen its security and military role.