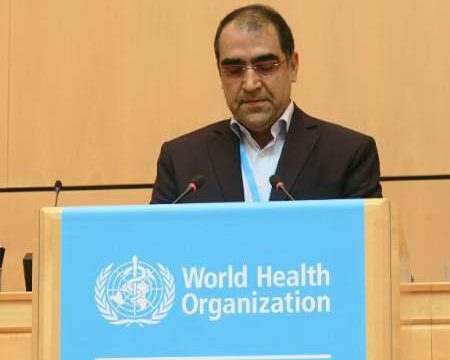 Tasnim – Iranian Health Minister Seyed Hassan Qazizadeh Hashemi made assurances that the country will face no problem after a recent decision by US President Donald Trump to expand a list of medical equipment requiring federal authorization for sale to Iran.

“Fortunately, Iran has gained access to a major part of technologies in the field of medical equipment and, therefore, the country will have no problem and does not need the US and US companies,” Qazizadeh Hashemi said on Sunday.

The measure adopted by the US president will not harm the “dignified” Iranian nation but rather will be to the detriment of the US, itself, the minister stressed.

There is nothing to worry about since Iran has had very good partners during the sanctions era and will continue to work with them, he went on to say.

According to media reports, the US Treasury Department recently expanded a list of medical equipment that needs clearance to be sold to Iranian customers.

The Obama administration eased sanctions on the Islamic Republic as part of a landmark nuclear agreement in July 2015, including a ban on the sale of many medical devices.