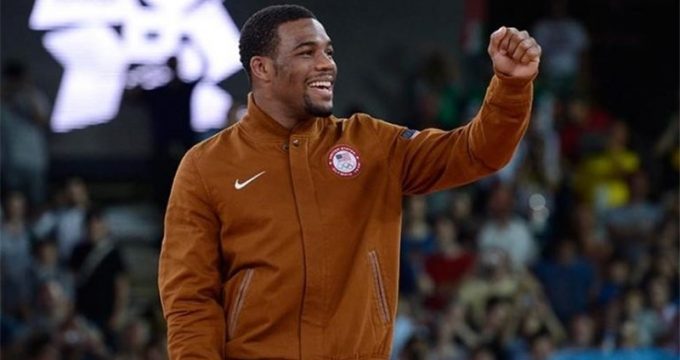 US wrestlers in limbo after Iran bans them from tournament

AP| LUKE MEREDITH AND NASSER KARIMI: American wrestler Jordan Burroughs saw this month’s tournament in Iran as a chance to redeem himself after a rough performance at the Rio Olympics.

A senior Iranian cleric vowed, meanwhile, that his country would continue its missile program despite threats from the Trump administration that it was preparing to levy new sanctions.

“Training comes to a halt. We’re like ‘OK, what do we do now? Where do we go? Where do we compete?'” said Burroughs, a four-time world champion. “I’m just bummed. I love Iran. I love their people, and I don’t get into politics. I wasn’t going to make a political stance. I was going to compete.”

IRNA quoted Iran foreign ministry spokesman Bahram Ghasemi as saying a special committee reviewed the case of the U.S. team for the tournament, and “eventually the visit … was opposed.” The competition, one of the sport’s most prestigious events, is set for Feb. 16-17 in the western Iranian city of Kermanshah.

The decision marks the first action taken by Iran in response to Trump’s executive order banning visas for seven Muslim countries. Ghasemi said the policy of the new U.S. administration left Iran no other choice but to ban the wrestlers.

USA Wrestling, the sport’s domestic governing body, said in a statement it hasn’t officially been told it won’t be allowed to compete. The group added that if that is the case, USA Wrestling is “extremely disappointed” in what it calls an “unacceptable situation.”

“We don’t think politics (should) have any role in this. But, unfortunately, sometimes you can’t control that,” USA Wrestling executive director Rich Bender said.

Burroughs, a 2012 Olympic champion and long viewed as the face of wrestling, has yet to compete internationally since leaving Rio without a medal.

“These decisions, these executive decisions, are always so far beyond your reach,” he told The Associated Press. “Like, you always feel like ‘Well, the presidency or these strict laws or these Muslim bans or whatever you like to call them, they’ll never affect me.’ This is one of the few times where something so personal has occurred. Almost like it (was) handed down from the president to us. It’s a bummer.”

U.S. freestyle wrestlers have competed in Iran since the 1998 Takhti Cup in Tehran, which followed an absence of nearly 20 years. Since then, Americans have attended Iran-hosted wrestling competitions 15 times.

The Iranians have made 16 visits to the U.S. as guests of USA Wrestling since the 1990s.

“Crazy! I’ve never been more welcomed by any country in the world and now we can’t even enter the country!” U.S. wrestler Reece Humphrey tweeted Friday.

The 2018 freestyle World Cup is in Iowa City, Iowa, and the Iranian team is expected to qualify.

“Though we had hoped for a different outcome from Iran’s Foreign Ministry, we appreciate the complex nature of this decision,” said Nenad Lalovic, president of United World Wrestling, the sport’s international ruling body, said in an email to the AP. “We are currently working to find a solution for the freestyle World Cup as soon as possible.”

Wrestling is extremely popular in Iran and is rooted in an ancient practice of combining the sport with physical education and meditation.

Tehran Friday prayer leader Ayatollah Ahmad Khatami said Iran would continue its missile program despite opposition from the U.S. government. The Trump administration said Thursday it is preparing to levy new sanctions on Iran in the first punitive action since the White House put Iran “on notice” after it test-fired a ballistic missile on Sunday.

“We have missile drills. Our missile drills are a show of our might,” he said. “We are living in a world of wolves. Wolves such as the arrogant government of America. In this world of wolves should we remain unarmed and they do whatever damn things they want? No way! This will never happen!”

Khatami said the U.S. is reiterating an “old message” from previous administrations, regardless of political party.

“Your message is aimed at confronting religion and Islam,” he said. “You have been against Islam” since 1979 Islamic Revolution.

Iran’s Foreign Minister Mohammad Javad Zarif on Friday tweeted a message in which he insisted on improving the country’s military program as a means of defense.

“Iran unmoved by threats as we derive security for our people,” he said. “We’ll never initiate war, but we can only rely on our own means of defense.”