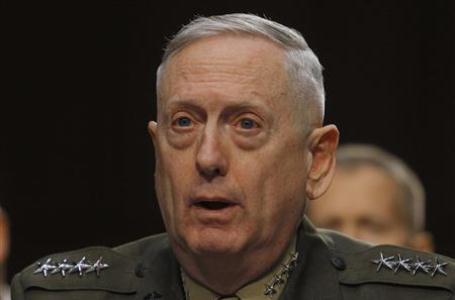 Reuters– U.S. Defense Secretary Jim Mattis said on Saturday he was not considering hiking the number of U.S. forces in the Middle East to address Iran’s “misbehavior” at this time, but warned that the world would not ignore Iranian activities.

President Donald Trump has vowed a more aggressive policy against Tehran and his administration is warning of concrete action if Iran does not curb its ballistic missile program and continues support in regional proxy conflicts.

Mattis said putting Iran on notice was worthwhile, given its behavior.

“As far as Iran goes, this is the single biggest state sponsor of terrorism in the world and I think it is wise to make certain that Iran recognizes that what it is doing is getting the attention of a lot of people,” Mattis told a news conference in Tokyo in his most detailed remarks on Iran since taking over the Pentagon.

Still, he firmly played down the idea of any military buildup.

“I don’t see any need to increase the number of forces we have in the Middle East at this time. That’s not in the cards right now,” he said. “We always have the capability to do so. But right now I don’t think it’s necessary.”

The United States has already sent a Navy destroyer to patrol off the coast of Yemen to protect waterways from Houthi militia aligned with Iran.

But there are other actions Washington could take, including giving greater priority to rotating aircraft carriers through the Gulf. There is currently no U.S. aircraft carrier in the Gulf, for example.

The U.S. Navy believes having a robust presence helps deter any moves by Iran to block that strategic waterway.

In 2008 and 2010, in moves that prompted critics to accuse Iran of destabilizing the region, the Islamic Republic threatened to disrupt oil shipping in the Gulf by shutting the Strait of Hormuz if there were any attack on its nuclear sites.

The White House has said that while the latest sanctions were a reaction to recent events, they had been under consideration before. It added that a landmark 2015 deal to curb Iran’s nuclear program was not in the best interest of the United States.

Those affected under the sanctions cannot access the U.S. financial system or deal with U.S. companies and are subject to secondary sanctions, meaning foreign companies and individuals are prohibited from dealing with them or risk being blacklisted by the United States.