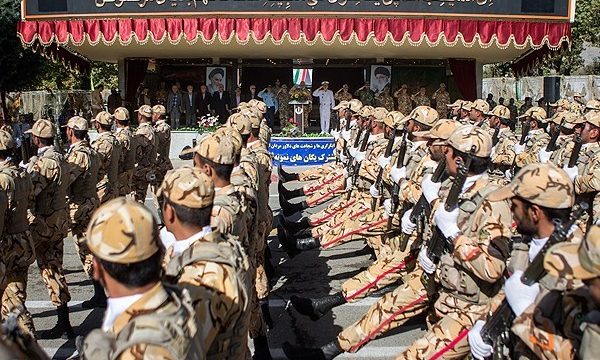 AP| ADAM SCHRECK: President Donald Trump’s national security adviser, Michael Flynn, has said the U.S. is “putting Iran on notice” after it test-fired a ballistic missile earlier this week. It is the latest launch in a long-standing development program that Iran boasts has produced missiles capable of traveling 2,000 kilometers (1,200 miles) – a range that can reach much of the Middle East, including Israel.

Here is a look at issues surrounding the missile launch:

Iran has test-fired various ballistic missiles since its July 2015 nuclear deal with world powers and it’s unclear, from a technological standpoint, what is different about the latest launch. The U.S. says it was a medium-range ballistic missile, and an American defense official described it as failing re-entry into the Earth’s atmosphere. Iranian officials have acknowledged carrying out a test but have not provided details.

The sharp U.S. response appears to reflect the fact that it’s the first Iranian ballistic missile test under President Donald Trump’s watch. Trump has vowed repeatedly to take a tougher line toward Iran than President Barack Obama, threatening at various times to renegotiate or even dismantle the nuclear deal, and shoot Iranian boats out of the water if they provoke U.S. naval vessels. American officials say they’re considering various options to respond to Iran’s missile test. Putting Iran “on notice” is the first manifestation of the new, toughened-up approach.

The landmark nuclear deal does not strictly prohibit Iran from test-firing missiles. When the deal came into effect last year the United Nations Security Council adopted a resolution calling on Iran not to take any actions related to ballistic missiles “designed to be capable of delivering nuclear weapons” for eight years. Iranian officials have argued that the measure only applies to missiles specifically designed to carry nuclear warheads. They say theirs aren’t. The U.S., under Obama and Trump, and other Western nations say the Iranian tests are violations.