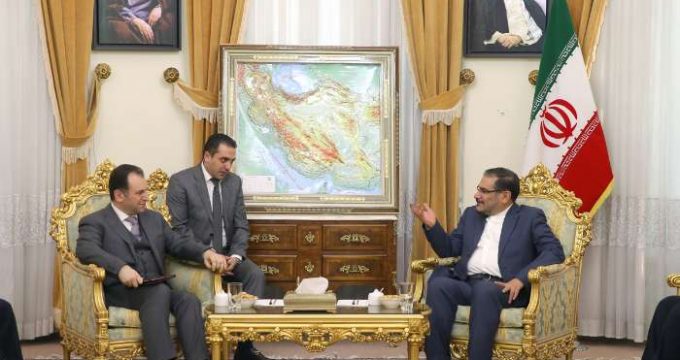 IRNA – The Islamic Republic of Iran is not going to wait for other countries’ permission to go ahead with developing its conventional defensive power, says Ali Shamkhani, Secretary of Iran’s Supreme National Security Council (SNSC).

Iran will not ask for permissions to develop its conventional defensive power and the country is going to fiercely counter any foreign interventions in that regard, including development of its missile power, Shamkhani said on Wednesday during a meeting with visiting Armenian Defense Minister, Vigen Sargsyan.

Shamkhani also criticized Western countries for their negative record of supporting terrorism and using sanctions as an instrument to restrict nations like Syria and Iran, that are victims of terrorism.

The Secretary of Iran’s Supreme National Security Council then referred to the large-scale cooperation between Iran and the Republic of Armenia, particularly in defense and security spheres, and called for further promotion of ties between the two neighboring nations.

“The Islamic Republic of Iran has always followed a policy based on good neighborliness, peaceful ties and using all the potential to bolster relations,” Shamkhani said.

Armenia’s defense minister, on his part, highlighted the unique position Iran occupies both in the region and across the world and expressed Yerevan’s interest to enhance relations with Tehran.

Yerevan remains to be against any regional tension and is ready to cooperate more with Iran to address regional issues, he said.