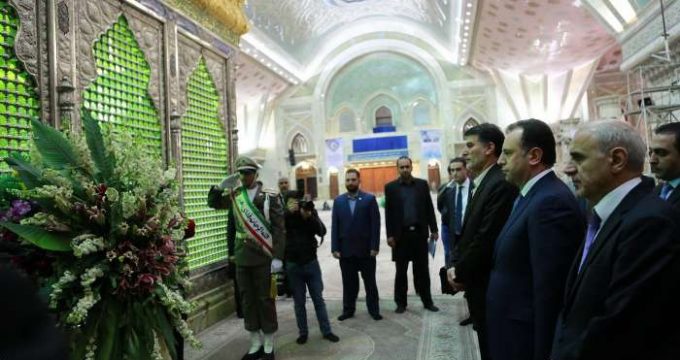 MNA– Minister of Defense of the Republic of Armenia Vigen Sargsyan attended the mausoleum of the Founder of the Islamic Revolution to pay tribute to the late Imam Khomeini on Tuesday.

Leading a top-ranking defense delegation, Minister of Defense of the Republic of Armenia Vigen Sargsyan arrived in Tehran on Monday evening at official invitations of his Iranian counterpart.

He paid tribute to the late Founder of the Islamic Revolution Imam Khomeini on Tuesday, coincided with the historic arrival of Imam Khomeini in his Islamic homeland.

During the event held with special military procedures, Armenian defense minister laid a wreath at Imam’s tomb and said, “he had a great character who influenced everyone; I got familiar with his personality when I was young.”