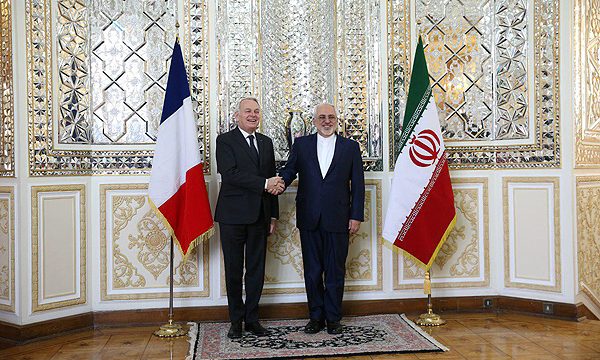 Iran Foreign Minister: would not use ballistic missiles to attack any other country

Reuters– Iran said on Tuesday that ballistic missile tests carried out by the country were neither part of a nuclear agreement with world powers, or a UN Security Council resolution endorsing the deal.

Neither confirming or denying U.S. accusations that Iran had carried out a missile test on Sunday, Iranian Foreign Minister Mohammad Javad Zarif said Iran would never use missiles made in Iran to attack another country.

Zarif also said that such tests were not part of any United Nations resolution ratifying accord.

“The missiles aren’t part of the nuclear accords. Iran will never use missiles produced in Iran to attack any other country,” said Zarif, speaking at a joint news conference held with French Foreign Minister Jean-Marc Ayrault.

“No Iranian missiles have been produced to carry nuclear warheads,” he added.

Ayrault told reporters at the conference that France had made clear its concerns over the Iranian ballistic missile test, adding that it harmed the international community’s confidence in Iran and contravened UN Security Council Resolution 2231.