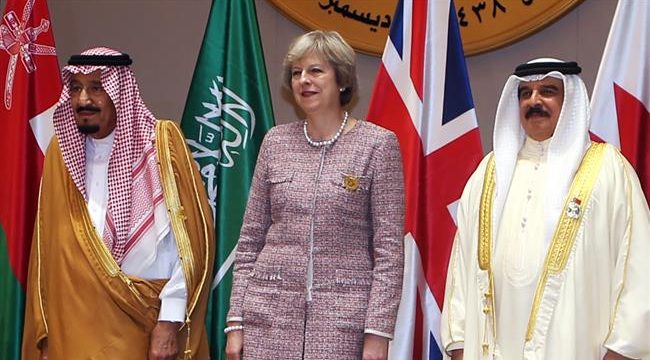 Alwaght– In the years that followed 2011, Iran saw a growing increase of its power in West Asia region. Over the past years, the developments went in a way that some experts suggested that Iran has now transformed into an influential power in the region, and that it is expanding its strategic depth or its “influence belt” from Tehran through to the Mediterranean Sea.

The monitors do not only consider the Iranian power gain but also they have a close eye on the political moves of the Persian Gulf Arab states as well as some of the Western countries like the US and Britain and claim that these countries are busy forging a blatant front to counter Iran. The roots of such struggles can be tracked down to the growing Islamic Republic’s power on a wide regional level. What is even acknowledged by the Western media and research institutes is Tehran’s enlarging political and military clout that in the current conditions is making Iran stand in the club of top global powers.

To prove the veracity of such ideas about Iran, we can take a look at a report recently published by The American Interest website. The report names Iran as one of the eight top powers of world in 2017. The report puts the US at the top, followed by China and Japan, as it counts Russia fourth world power, with Germany and India being fifth and sixth powers. Iran comes in the seventh place, followed by the Israeli regime. Such a global powers ranking has sent into a spin Iran’s adversaries both regionally and internationally, making them overtly and seriously express anti-Tehran stances. Such a hostile approach against Iran can be brought in spotlight with a look at behaviors of Britain, the US, and the Persian Gulf Arab states.

Rise of leftist hardliners in the US and Europe has changed into an unfortunate reality in the West, raising the hackles of a wide range of the Western human rights organizations. Meanwhile, Britain and the US have witnessed of Theresa May’s and Donald Trump’s rise to power, both of them recognized with their racist and hardline stances. Their leadership brought the global public opinion face to face with an anxiety of possible risks of these two leaders’ uncalculated decisions. A big part of their extremism is manifested in their postures towards Iran.

The British Prime Minister Theresa May during her Friday visit to the US for made a speech to the Republicans in Philadelphia and dedicated part of her address to the West Asia region’s issues. She noted that London will move shoulder to shoulder with Washington in its fight against ISIS, and terrorism as a whole. May also said that the two countries should use all of their diplomatic tools to destroy ISIS terrorist group. She, however, subtly connected the anti-ISIS battle to Iran. The British prime minister maintained that progress in fighting against the terrorist group will help Britain advance with one of its most significance priorities, which she labeled “Iran’s malign influence” in the region. The PM came clean that pushing back on “Iran’s aggressive efforts” to increase its “arc of influence from Tehran through the Mediterranean” was a priority for Britain. May added that London will work with its other allies in the Persian Gulf to this end.

This is the second time the British leader is warning against rise of Iran’s regional influence. Earlier in December 2016, Theresa May during her visit to Bahrain, aimed at taking part in (Persian) Gulf Cooperation Council’s meeting, said that Britain was beware of what she called threats posed by Iran to Persian Gulf and West Asia, assuring the Arab allies that London was committed to strategic partnership with the Persian Gulf Arab states and working to counter the risk.

If we put May’s remarks beside Trump and his team’s hostile anti-Iranian rhetoric, we can apparently come up with the idea that in near future we will see even further antagonism of these leaders against Tehran.

Building an Arab front in face of Iranian hegemony

In past few months, with Saudi Arabia’s leadership, huge attempts were made to cook up an all-encompassing unity in the Arab world against Iran’s regional hegemony. Trump and May’s anti-Iranian stances enlivened Arabs’ hopes for curbing the thriving Iranian power. The planners of such a scenario think that Iran’s influence is expanding from Tehran through to the Mediterranean Sea and it is the Arabs that, backed by the Westerners, can lead a confrontation to restrict Tehran’s strength gain. Recently, Walid Phares, Trump’s senior Middle East affairs advisor, in a speech highlighted the fact that the US is eyeing forming a front in association with the Arab countries to “counter the Iranian threats.” Analytically speaking, such comments by Walid Phares are by no means something new because in past decades such an anti-Iranian camp existed, though unofficially, with a joint work of the (Persian) Gulf Cooperation and the US administrations. But the key point in the current conditions is that such a camp was never introduced openly and officially.

Hearing such comments by a top Trump advisor on the foreign policy of the new American leader, the Arabs rushed to take anti-Tehran stances. Khalid Ben Ahmed Al Khalifa, the Bahraini foreign minister, expressed worries about the different security threats coming to them from Yemen and Iraq borders, introducing Iran as the top security threat for the Persian Gulf sheikhdoms. Continuing to paint Iran bête noire of the region, the Bahraini official talked for the first time about forming a “permanent committee” in the Arab League with the aim of addressing so-called” Iran’s interventions in the Arab countries”. He said that Bahrain, Egypt, Saudi Arabia, and the UAE are key organizers of the committee. It appears that part of aim of opening a NATO office in Kuwait is, again, to confront Iran.

On the formation of such an anti-Iranian front a point needs highlighting: During the years after the Islamic Revolution of Iran that took place in 1979 this front has existed, though covertly. But it never managed to defeat Iran or cut its power in the region.