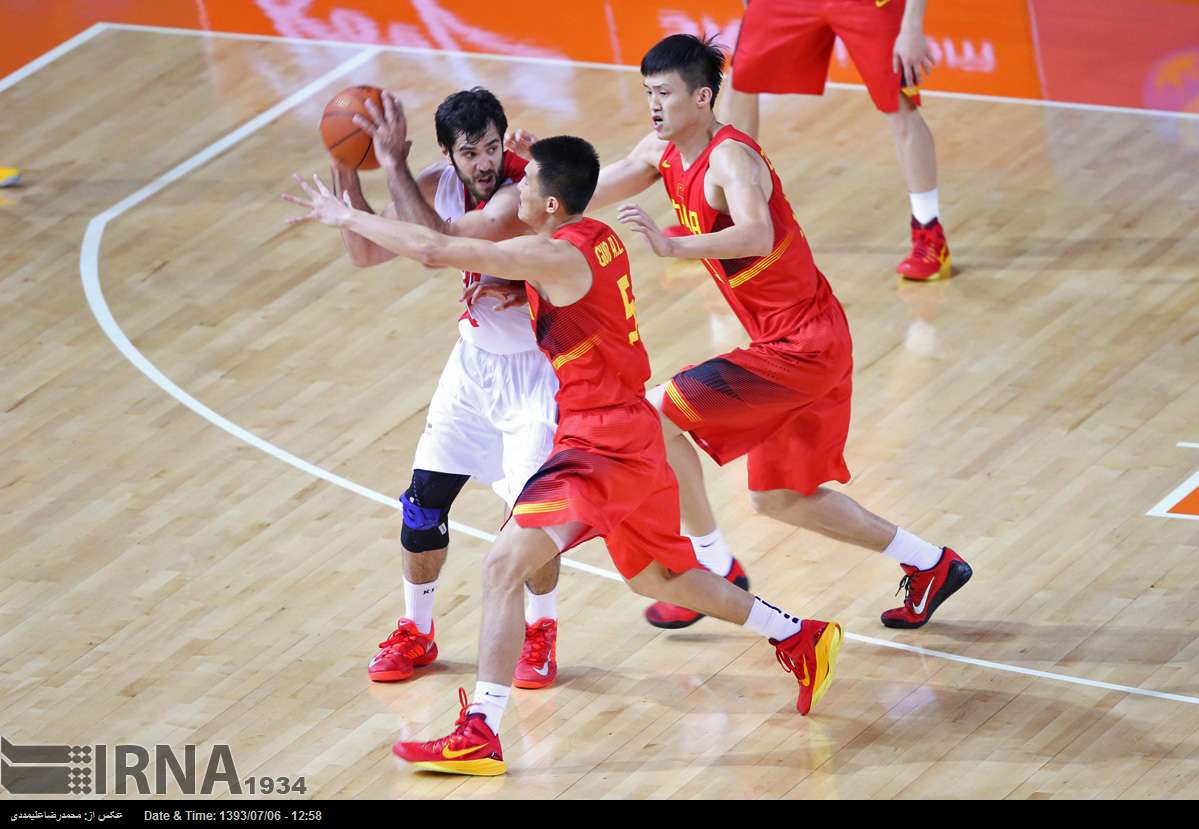 U.S. basketball players ‘stranded’ in Dubai, unable to return to team in Iran

The Washington Post– In the wake of President Trump’s executive order barring many people from seven majority Muslim countries from entering the U.S., much has been made of the difficulties the ban has caused for some foreign athletes playing here. However, there is another side to the coin, as a pair of American basketball players who ply their trade in Iran have discovered.

Joseph Jones and J.P. Prince, who play together on a team in Iran’s Super League, are “stranded” in Dubai, according to their agent, Eric Fleisher. They traveled to the city in the United Arab Emirates to take a break from the season, but after Trump signed his order Friday, Iran retaliated by tightening its borders to U.S. citizens.

“They’re still sitting in Dubai, and they are waiting to see if there can possibly be any change in their status as it relates to getting back into Iran, so they can finish their season, although that seems to be, at this point in time, very doubtful,” Fleisher said. “So it is far more likely that within the next few days they will have no other alternative but to fly back to the States.”

[‘Daddy may not be able to come home:’ Runner Mo Farah reacts to Trump’s ban]

Jones, a 30-year-old forward/center who played college ball at Texas A&M, and Prince, a 29-year-old swingman who played at Tennessee and Arizona, are teammates on Azad University Tehran. Fleisher said that the team has been in contact with Iranian government officials about letting the pair back into the country but that their situation does not appear promising.

“We are waiting for clarity from the team. It’s tough,” Fleisher had earlier said to Chris Mannix of The Vertical, noting that both Jones and Prince stand to lose as much as six figures in income if they can’t complete the Super League season.

“It doesn’t look like they can finish the season in Iran,” the agent continued. “It’s not good to be out of a job. Secondarily, all their things are in Iran. They can’t go back and get them. It’s been difficult.”

If Jones and Prince can’t return to the Iranian league, they will have trouble latching on with other teams in Asia and Europe. “It’s a difficult time of year, because you’re already well through the season, and you’re running up against transfer deadlines [for signing foreign players],” Fleisher explained.

Both players are in their first seasons in the Iranian league, which began play in October, after several other stops overseas. Prince, a cousin of former NBA player Tayshaun Prince, was named the MVP of the Polish League in 2014.

Fleisher said that the Jones and Prince have had “very positive” experiences in Iran until now. “They’ve had no difficulties whatsoever, the people have been very nice to them,” the agent noted, adding that “so far, everything has been a very normal situation for them.”

Trump ordered that migrants, refugees, U.S. legal residents and dual nationals from Iran, Iraq, Sudan, Somalia, Syria, Libya and Yemen could be subject to a 90-day ban on entering, or returning to, the U.S. In response, the Iranian Foreign Ministry said Saturday it would “implement the principle of reciprocity until the offensive U.S. limitations against Iranian nationals are lifted.”

“The restrictions against travel by Muslims to America . . . are an open affront against the Muslim world and the Iranian nation in particular and will be known as a great gift to extremists,” the ministry said in a statement carried by state media.

On Sunday, Trump’s chief of staff, Reince Priebus, clarified that green-card holders would not be subject to the ban. Also on Sunday, Iran Foreign Minister Mohammad Javad Zarif said on Twitter (via Reuters) that Americans who already hold valid Iranian visas can enter the country.

There could thus be reason for hope for Jones and Prince, but Fleisher said “that runs contrary to what I’ve heard so far” about his players. He had told The Vertical that “there is very little optimism” regarding their situation.

According to the website asia-basket.com, there are 13 U.S. players competing in Iran’s Super League, including Daequan Cook, a 2007 first-round pick by the 76ers out of Ohio State who plays for Chemidor Tehran. The Petrochimi Bandar Imam roster features James White, a D.C.-area native and 2000 third-team Washington Post All-Met who played at Florida and Cincinnati before stints with the Spurs, Rockets and Knicks.