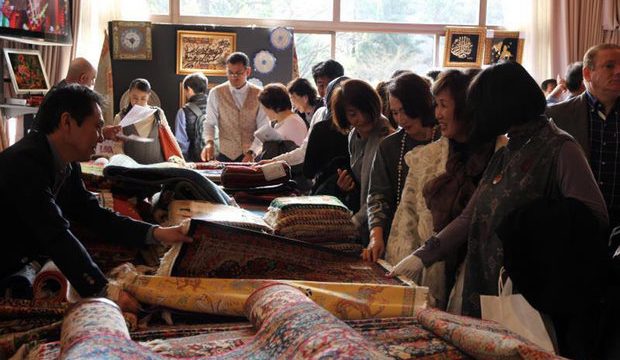 MNA– The annual charity bazaar hosted by Iran’s Embassy in Tokyo was held this time in honor of martyred firefighters who lost their lives in Plasco high-rise building collapse.

The charity bazaar was organized on Sunday ahead of the Islamic Revolution of Iran by spouses of diplomats at Iran’s Embassy in Japan and with cooperation from several Japanese women with Iranian husbands, and a number of Iranian businessmen living in Tokyo. A number of foreign diplomats accompanied by their spouses also took part in the event.

The stand offering Iranian cuisine was the most visited by the Japanese visitors.

The charity bazaar also displayed pictures of those Iranian firefighters who lost their lives in the Plasco building collapse on 19 January.

Wife of Iranian ambassador to Tokyo who was also in charge of the bazaar maintained that the proceeds from the bazaar will be given in support of the injured of the Plasco incident.