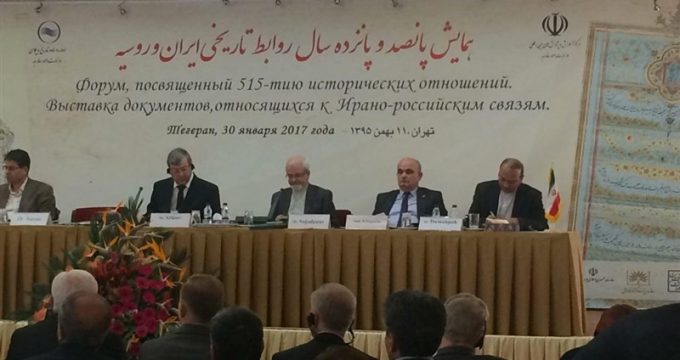 Russia has 200 years of record in Iranian Studies: Official

January 30, The Iran Project – Deputy Head of the Foreign Ministry’s Center for International Education and Research has stressed Iran-Russia’s relation in various fields, saying the two countries, by learning from the past, should build a framework that meets the interests of both sides.

Morteza Damanpak Jami made the remarks on Monday at the conference on 515 years of Iran-Russia historical ties that is now being held at Foreign Ministry’s Institute for Political and International Studies.

Saying that Russia has 200 years of experience in Iranian studies, he noted that given the long history of relations, in the negotiations that we had a year ago Russia welcomed holding a conference on the two countries’ ties.

Head of Iran’s National Library Seyyed Reza Salehi Amiri also said earlier that in the recent visit he had to Russia, they agreed to hold an international conference in the year 2018 on the occasion of the 200th anniversary of the establishment of the Center for Scriptural Heritage Studies of Iran and Islam at St. Petersburg to commemorate this long history in the field of Iranian Studies.

Speaking about the improper trend of doing research in the history of relations between Iran and Russia at the conference, documents deputy of the national library Shahram Yousefifar also stated that most studies were in the fields of political, economic and military, and cultural and civilizational issues have not been considered yet.