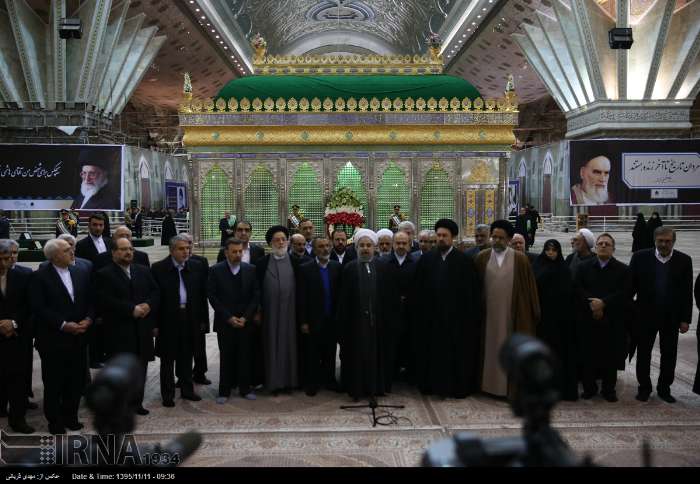 IRNA – President Hassan Rouhani and members of his cabinet renewed allegiance to the late Founder of the Islamic Republic Imam Khomeini on Monday.

Their visit to the mausoleum of Imam Khomeini took place on the eve of the 38th anniversary of the victory of the Islamic Revolution.

They laid a wreath on the tomb of the late Imam and prayed for the peace of his soul.

Millions of Iranians across the country will begin ten days of celebrations marking the 38th anniversary of the victory of the 1979 Islamic Revolution that put an end to the monarchy of the US-backed Pahlavi regime in the country on Feb. 10, 1979.

The ceremonies starts on Tuesday morning at 9:33 am local time (0603 GMT), the time when the late founder of the Islamic Republic Imam Khomeini arrived back home from exile in 1979.