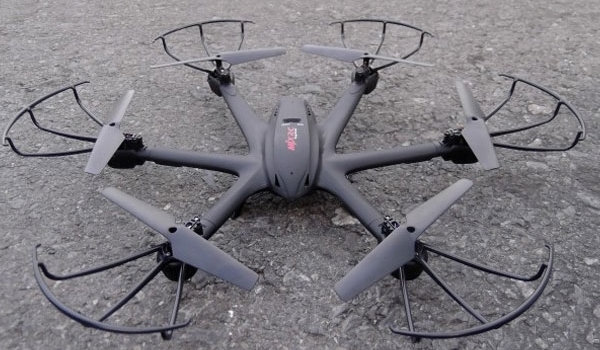 “The 6-propeller drone has been designed for delivering the postal parcels and it can transfer the packages which weigh up to two kilograms 2,000km away in a straight direction,” said Mohammad Reza Mirasi, a professor at the University of Applied Science and Technology who has led the project.

Noting that the drone can fly at a 400-meter altitude, he said, “It is also equipped with an autopilot system, meaning that the user gives information about the direction and the coordinates to the system and the GPS specifies it exactly.”

In recent years, Iran has made great achievements in its defense sector and attained self-sufficiency in producing essential military equipment and systems, including the UAVs.

The VTOL was unveiled in a ceremony in Tehran participated by Iranian Defense Minister Brigadier General Hossein Dehqan alongside other achievements, including the first home-made software to identify satellite orbits precisely, preparing topographic 3D 1/10000 and 1/25000 maps using satellite images, preparing and production of the Digital Elevation Model (DEM) automatically with a 5 meter margin, the first system to prepare maps using Unmanned Aerial Vehicles (UAVs), a hardware system to specify the exact time and the software to receive and produce information of hyperspectral satellites in the geography center of the defense ministry.

Elaborating on the VTOL’s specifications, General Dehqan said that it can be used for gathering information in unsurmountable and remote regions, seas, mountains and forests.

“Roham is able to land in and take off from any place favored by the user, fly over any target at low altitudes and patrol areas at a high speed,” he added.