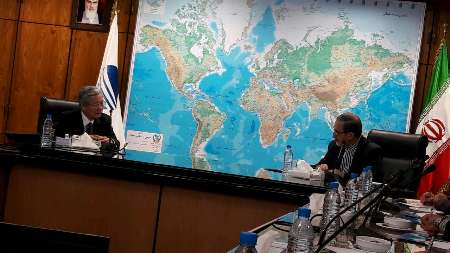 IRNA – Head of the Strategic Research Center of the Expediency Council, Ali-Akbar Velayati, said on Sunday that Iran’s principled policy is based on campaign against any kind of extremism, violence and terrorism in the region.

Velayati said Afghanistan needs global and firm intention to confront with such trends as well.

Velayati made the remarks in a meeting with the UN Secretary General Special Envoy for Afghanistan, Tadamichi Yamamoto.

He said Afghanistan is an important country in the region, which, unfortunately, has been facing serious problems in the past decades and now it needs necessary global community’s attention and wide cooperation to establish stability and security.

Considering positive relations between the two countries, Velayati said Iran and Afghanistan have close cooperation with each other and Iran spares no efforts to unify different groups in Afghanistan.

He said Iran wants better internal relations inside the country and has taken practical steps for interaction with Afghanistan government.

Tadamichi Yamamoto presented a report on the latest situation in Afghanistan and called assistance of the international bodies and neighbors inevitable for Afghanistan.

He said Afghanistan needs more security for growth and development, but unfortunately a group of terrorists are carrying out devastating operation.

Yamamoto said confrontation with such a trend needs firm intention of world countries, including Afghanistan’s neighbors.

The two sides also discussed different regional and international issues in the meeting.