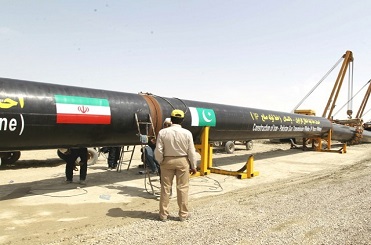 Hamid Reza said that Iran is faced with three options: either to continue with the pipeline, restart negotiations to realise the project or cancel it altogether.

He also asked Pakistan to complete the gas pipeline project on its side.

The “peace pipeline” deal entails import of 22 million cubic meters per day (mcm/d) of gas by Pakistan and was signed during President Mahmoud Ahmadinejad’s tenure.

The news agency noted that Pakistan was to start gas imports in early 2015, but has not begun construction of a pipeline. Iran also has failed to finish the IGAT7 project which was to transit South Pars field’s gas to the borders with Pakistan.

Pakistani politicians have reiterated the country’s commitment to complete the project, while noting that sanctions by UN and the US on Iran slowed down the progress.

The $7 billion gas project has faced repeated delays since it was conceived in the 1990s to connect Iran’s giant South Pars gas field to India via Pakistan.