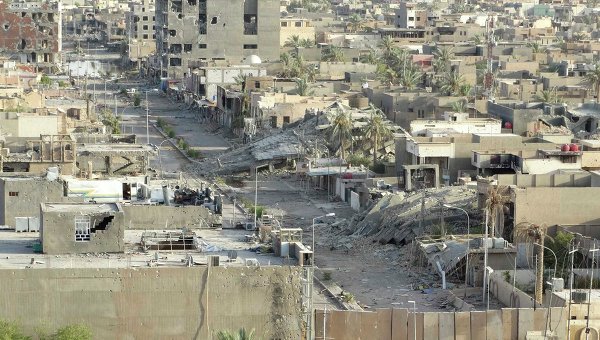 Red Dirt Report|Olivier Rey: Mohammad Mateo Farzaneh, a professor of History at Northeastern Illinois University was talking about his future book Women and Gender in the Iraq-Iran War on Jan. 25 at the OU’s College of International Studies.

“When I started to think about writing the book, I wanted to see if this has any precedence in Iranian history at all,” Farzaneh said.

Professor Farzaneh said when Iraq-Iran war started on September 22, 1980, all the Iranian population united and mobilized to fight the Iraqi invasion, especially women of the lowest class, less educated and often the most religious saying, “It was kind of surprising for me.”

“Literally hundreds of thousands of women were loaded to the war effort,” Farzaneh said, noting women were mostly fighting to protect their country or to protect the Shi’a branch against the Sunni, laic regime of Saddam Hussein.

Even if the Iraq-Iran finished in 1988, Farzaneh said the war is not over for Iranian women concerning the damage caused by the war to their families and the quest of Iranians prisoners who were executed in Iraq.

“Women are still continuing to fight that war in some aspect,” Farzaneh said.

Then, he said women engaged during the war were either volunteer such as the Basij, Red Crescent and Reconstruction Corp or working for the Iranian government, which was represented by the Revolutionary Guard (Pasdaran) or the regular army.

Besides soldiers, roles played by women were numerous such as intelligence, counterintelligence, reporters, nurses, cooks, cemetery staff, protect ammunition depots against the Fifth column and drivers of ambulance and trucks and not to mention home duty.

“At the beginning, the Iranian government was uncomfortable to let women in the war zone,” said Farzaneh. “But after seeing the persistence of women they changed their mind.”

Farzaneh also said the Iranian government, as well as local authority, used women as propaganda by writing letters to the soldiers in the front to motivate them and also encouraging others men to go to war.

According to official data 6,420 women were killed during the war, 5,735 were injured, 3,075 disabled and 71 made prisoners by Iraqi forces.

“I think this number (injured women) is a lot higher what the government said it is,” Farzaneh said, adding data doesn’t include Iranian women who were missing or raped.

To show how women were involved in the war Farzaneh said during the famous siege of the city of Khorramshahr (southwest of Iran), which fall after 34 days of fight, women represented up to 25 percent of the fighting corps in the city.

“In some cases, women refused to leave the city when it was evacuated, they wanted to die for the city,” Farzaneh said.

Farzaneh’s sources come for a large part to memoirs written by women survivors of the Iraq-Iran war such as among other Zahra Hosseini author of “Da” (mother) book, who died a couple months ago.

“Hosseini’s book is probably the most popular book after the Quran in Iran,” Farzaneh said.

He added women who wrote their memory did that more because they wished to be seen as equal to men rather be in competition with men.

Furthermore, Farzaneh said today women are becoming more organized due notably to the active support of Shahindokht Molaverdi, the vice president of Iran for Women and Family Affairs and Minou Aslani, the head of the Organization of Women’s Basij Community.

Replying to a question Farzaneh said is biggest surprise concerning his research has been that poor women care more for their country than rich women.

Farzaneh said women possibilities in Iran have considerably increased during the last decade even if it not always apparent. Today Iranian women are working such as for example pilot, doctors, government secretary, and filmmaker.

“The war helped women to keep their femininity in the way they wanted, not the way the state wanted to,” Farzaneh said.

The book Women and Gender in the Iraq-Iran War should be published during summer 2018.

Farzaneh is a visiting fellow for one month at the OU’ CIS where he will provide lectures and participate in roundtables discussions. For more information on the next Farzaneh’s events go on CIS’s website.