In Iran, shock and bewilderment over Trump visa crackdown

The New York Times|Thomas Erdbrink & Jeffrey Gettleman: Families, businesspeople, athletes and tourists from seven countries in the Middle East and Africa found their travel plans — and even their futures — in a state of suspension on Friday after President Trump signed an executive order temporarily barring thousands from obtaining visas to travel to the United States.

The order is expected to freeze almost all travel to the United States by citizens from the Muslim-majority countries of Iran, Iraq, Libya, Somalia, Sudan, Syria and Yemen for at least 90 days. Three of those countries are considered sponsors of terrorism (Iran, Sudan and Syria), and three are designated countries of concern (Libya, Somalia and Yemen).

Passport-holders from those countries, who have American visas but are outside the United States, will not be permitted to return.

“We only want to admit those who will support our country and love deeply our people,” Mr. Trump said on Friday before signing the order at the Pentagon. “We will never forget the lessons of 9/11, nor the heroes who lost their lives at the Pentagon.”

(The 19 hijackers implicated in the Sept. 11, 2001, terrorist attack came from Egypt, Lebanon, Saudi Arabia and the United Arab Emirates. None of those countries will be subject to what Mr. Trump described as “new vetting measures.”)

During the 90-day period, the Trump administration will assess if the foreign governments on the list are providing enough information about citizens seeking visas to enable the United States to assess whether they pose a terrorism risk. If the governments do not comply, they will be given 60 days to do so; failing that, their citizens will be barred from entering the United States.

Government reaction to the order has been cautious. But there is little doubt that the demand for information will be a challenge for Iran, which sends far more people to the United States each year, around 35,000, than any other country on the list.

While Iran willingly allows its citizens to travel to the United States, it is ideologically opposed to sharing information with Washington. But if it does not, many of its citizens will be cut off from visiting relatives who are among the estimated one million Iranian-Americans living in America.

The visa ban will provide an early indication of where relations between Tehran and the Trump administration are headed, one analyst said. 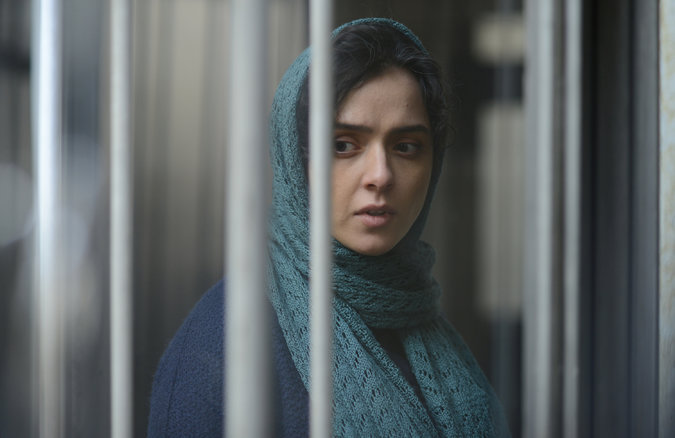 The Iranian actress Taraneh Alidoosti in “The Salesman.” She canceled her trip to the Academy Awards on Feb. 26 on news of President Trump’s visa crackdown. Credit Habib Majidi/Cohen Media Group, via Amazon Studios, via Associated Press

“Trump will regard the Iranian reaction as a test,” said Farshad Ghorbanpour, who is close to the government of President Hassan Rouhani. “If Iran doesn’t comply, they won’t do so either on other issues. We will see in 30 days.”

Another analyst doubted the government would comply with the order.

“We are not obliged to give information about our citizens to the Trump administration,” said Hamidreza Taraghi, considered a hard-liner. “Such a move would be unjustifiable.”

In the United States, Americans of Iranian descent expressed shock and dismay at news of Mr. Trump’s impending policy change, and were particularly concerned about their relatives and friends in Iran.

Trita Parsi, president of the National Iranian American Council, a Washington-based advocacy group, said many Iranian citizens with valid green cards and American visas were distraught. Those outside the United States are fretting they will not be allowed in, and those already in the country fear they will not be able to leave, even temporarily, because they will be barred from returning.

“There is a sense of bewilderment, as well as a sense of injustice,” over why Iran was even included on the list of targeted countries, Mr. Parsi said. No Iranian has been accused of an attack on the American homeland. By contrast, he said, the Sept. 11 attackers included citizens from countries which are not on the list — and “the United States has produced more ISIS fighters than Iran has.”

Iran’s most popular actress, Taraneh Alidoosti, announced on Twitter that she was canceling her trip to the Academy Awards ceremony in Los Angeles on Feb. 26, after reports that Mr. Trump was about to sign the sweeping executive order.

Ms. Alidoosti plays a leading role in ‘‘The Salesman,’’ directed by the acclaimed Iranian director Asghar Farhadi and nominated for best foreign film. She almost certainly could have obtained a visa as a ‘‘culturally unique artist,’’ but said she no longer felt like making the trip.

“This is not about me or the Academy Awards, it’s about having a discussion about this decision,” Ms. Alidoosti said. “This is such a bizarre ban, it is uprooting people’s lives in ways not imaginable.”

As there is no American embassy or consulate in Iran, Iranians must travel to Ankara, Turkey, Dushanbe in Tajikistan or to Dubai, in the United Arab Emirates, to apply for a visa. The State Department says that more than 40 percent of all applications are rejected. There are numerous agencies in Iran and other countries that mediate and assist Iranians seeking appointments.

“Let’s hope this is fake news,” said Ali Reza Falahati, who runs a mediation agency in Ankara. “People are constantly calling to ask us if their appointments are canceled. They paid visa fees, $160, and booked tickets and hotels. I just hope this will be all right.”

One woman in Tehran, a 28-year-old restaurant manager, nearly broke down in tears when hearing news of the ban.

She said she had been waiting for a green card and that she and her husband had been planning for years to move to Orlando, Fla., where her mother, father and brother live. They even postponed having a baby, she said, and now regretted having waited for so long.

The effects of the measure were felt in Africa, too.

Many people in Mogadishu, Somalia, used the same word to describe Mr. Trump. “He’s a dabaal,” said Guled Hassan, a Somali university student. “Dabaal” is the Somali word for a fool.

On Thursday, Mr. Hussan and his friends, who were hanging out in a park near Mogadishu’s crumbling seashore, slurping mango shakes, were paying extra close attention to the news streaming into their phones. Just about all of them had heard that Mr. Trump might ban visas for Somalis.

Just about all of them said they wanted to go to the United States, and they mostly agreed the visa ban was “stupid” and “unfair.”

No Somalis doubt that their country has a terrorism problem. Just the day before, more than a dozen people were killed in a double bombing at a Mogadishu hotel. The Shabab, a Somali militant group, took credit for the attack and remains one of the world’s most bloodthirsty and dangerous terrorist organizations, having killed thousands across several countries in eastern Africa.

But the consensus was that Mr. Trump was punishing all Somalis for the potential misdeeds of a few. “He won the election by saying he would chase away black people,” said Bilal Guled Mohamed, a college student.

Another young man, Abdul Karim Hilowle, asked, “What’s the difference between Somalis already in the U.S. and those who want to go now?”