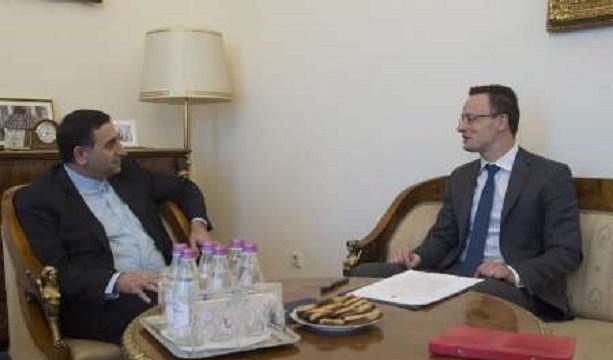 MNA– Hungarian Minister of Foreign Affairs and Trade Péter Szijjártó underlined the need for expansion of comprehensive ties with the Islamic Republic.

Speaking with Iranian Ambassador to Hungary Gholam Ali Rajabi Yazdi on Friday, Szijjártó pointed to the Iran’s old history and civilization and its important role in the Middle East, and reiterated the need for development of bilateral ties.

He pointed to holding Iran-Hungary upcoming Joint Economic Commission in Budapest, saying that required measures have been taken to hold the joint commission in the best way.

“My colleagues in Foreign Ministry look forward to visiting Iran’s Minister of Economic Affairs and Finance Ali Tayebnia and the accompanying delegation in Hungary,” Szijjártó noted.

He praised Iran, Russia and Turkey cooperation in establishing ceasefire in Syria and underlined Syria peace talks will provide the grounds for achieving a political solution for Syrian crisis.

He noted that Iranian foreign minister is invited to visit Hungary in the near future. The two sides are slated to hold bilateral political and economic meetings.

Rajabi Yazdi, for his part, pointed to a large number of Iranian students studying in Hungarian universities, saying that scientific and cultural grounds are regarded as cooperation grounds between the two countries which should be reinforced.

He underlined that one of the priorities of the Iranian Embassy is the implementation of the agreements and contracts that have been signed in the past.