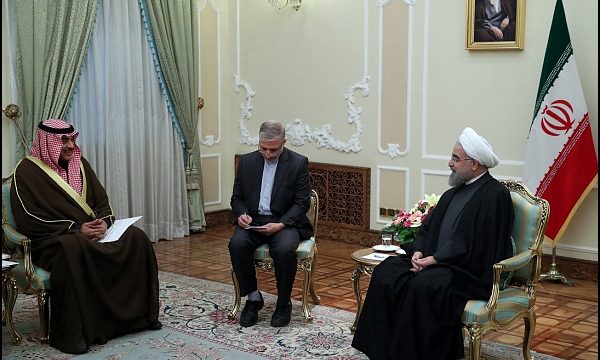 Press TV- Kuwait has voiced optimism over the prospects of better relations between Iran and the Persian Gulf Arab states following a recent visit to Tehran by the Kuwaiti foreign minister, who delivered an important message to the Islamic Republic.

The remarks came days after Kuwaiti Foreign Minister Sheikh Sabah al-Khalid al-Hamad  Al Sabah traveled to Tehran, bearing a letter from the country’s emir on behalf of the Persian Gulf littoral states, which are apparently seeking to fix ties with Tehran.

The visit was the first one to take place by a senior official from the region since early 2016, when ties between Iran and several such countries started to suffer amid the confrontational approach taken by the new Saudi rulers vis-à-vis the Islamic Republic.

Jarallah further said the letter contained principles of potential joint negotiations, adding that it can pave the way for improvement in Iran’s relations with the Persian Gulf nations.

“We felt that the Iranian side has comprehended the content of the letter and was willing to take follow-up steps in accordance with it,” he added, according to the report.

In January 2016, Saudi Arabia unilaterally severed its diplomatic ties with Iran after protesters scaled the walls of the kingdom’s diplomatic premises in Tehran and Mashhad in protest at its execution earlier of senior Shia cleric Sheikh Nimr al-Nimr.

Several of the kingdom’s allies subsequently followed in Riyadh’s footsteps and took steps to damage their bilateral ties with Tehran.

In recent weeks, Saudi officials have appeared to have toned down their anti-Iran rhetoric against a backdrop of changing dynamics in regional developments.

Turkey has dropped its demands for the ouster of President Bashar al-Assad, which the Saudis are also pushing for, and joined Iran and Russia to work out a ceasefire in Syria.

The Saudi kingdom is also facing its biggest challenge of a massive military campaign in Yemen, taking heavy casualties and straining its national coffers.

Riyadh, however, might be hinging its hopes on new US President Donald Trump who has made a series of hostile statements against Tehran, with some observers cautioning against reading too much into Saudi rulers’ apparent softening.

During his trip to Tehran, the top Kuwaiti diplomat met with Iranian President Hassan Rouhani, who said the Islamic Republic’s power serving regional security and stability, and added that Tehran would back any measure that would strengthen those two qualities.

The Iranian president reminded that security in the Middle East region would be guaranteed only through dialog, friendship and cooperation among regional countries.

For his part, the Kuwaiti minister praised Iran’s efforts to contribute to the promotion of relations among regional countries.

The Kuwaiti foreign minister was also quoted as saying by media that the letter he gave to President Rouhani stressed the “necessity of improving relations.”

According to the media reports, Hamad  Al Sabah also said Persian Gulf Arab nations hope the ties “with Iran will normalize,” and that Iran and the Arab countries should be “regional partners.”

Jarrah said, though, that there was still no agreement on the timing for potential meetings featuring talks aimed at mending ties, and that it was still too early to talk of the potential reopening of the Iranian embassies in Saudi Arabia and Bahrain.