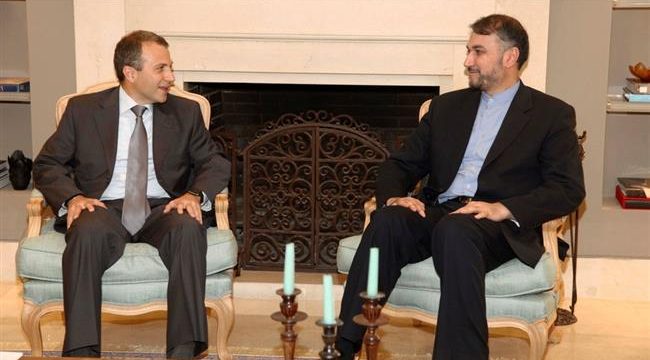 Press TV- The Muslim and Arab world must give the highest priority to supporting Palestine and confronting the Israeli regime, the Iranian Parliament speaker’s special advisor on international affairs, Hossein Amir-Abdollahian, says.

“The prime minister of the Zionist regime [of Israel], Benjamin Netanyahu, must never be allowed to…take advantage of the regional and international conditions to target the Palestinian people and the sanctities in Palestine and to increase its oppression and crimes against the Palestinian people,” Amir-Abdollahian told reporters in Beirut on Tuesday after a meeting with Lebanese Foreign Minister Gebran Bassil.

Amir-Abdollahian, who is also the secretary general of the International Conference in Support of the Palestinian Intifada, emphasized that the just cause of Palestine must always be the leading and focal issue of the Muslim and Arab world.

The senior Iranian official said he had held “good and constructive” political talks with the Lebanese foreign minister about the current developments in the region, particularly in Syria and Palestine.

He added that Iran had full confidence in the political wisdom of the Lebanese authorities in all fields such as the fight against terrorism and extremism.

Lebanon announced the formation of a new 30-minister cabinet led by Prime Minister Saad al-Hariri on December 18, 2016, bringing together the country’s whole political spectrum except for the Christian Phalangist party.

Amir-Abdollahian further pointed to the nearly six-year crisis in Syria and said Iran had concentrated all its efforts on the full settlement of the conflict through political approaches and the campaign against terrorist and extremist groups.

He added that the Islamic Republic pursues a “fixed” policy on the diplomatic settlement of crises in the region, including Syria and Iraq, and spares no efforts to support bids to solve the conflicts through diplomacy.

The Iranian official also on Tuesday held a meeting with Seyyed Hassan Nasrallah, the secretary general of the Lebanese resistance movement, Hezbollah.

During the meeting, which was also attended by Iran’s Ambassador to Beirut Mohammad Fat’hali, the two sides discussed the latest political developments in the region, particularly in Lebanon.

Heading a delegation, Amir-Abdollahian arrived in Beirut on Monday to hold talks with the Lebanese officials on key regional and international issues.