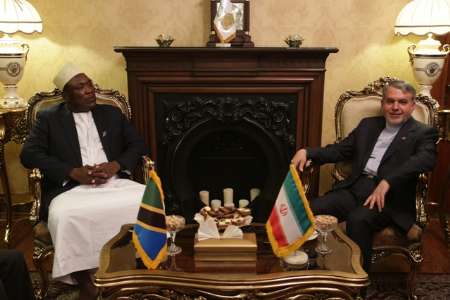 ‘Mashhad 2017’ aims to interact with World of Islam: Culture minister

IRNA – Minister of Culture and Islamic Guidance Reza Salehi-Amiri says that Mashhad 2017, the Cultural Capital of the Islamic world in 2017, aims to boost interactions with the World of Islam.

Salehi-Amiri made the remarks in a meeting here with the visiting Minister of Information, Culture, Tourism and Sports of Zanzibar Ali Juma.

Culture minister, in the meeting held prior to the beginning of Mashhad 2017 ceremonies in this northeastern Iranian province, said there are many grounds for Tehran and Dodoma to promote cultural cooperation.

For his part, the minister of Zanzibar said his country in very interested in the Persian language, stressing the exchange of (cultural) views between the two countries.

Mashad has been elected as Asia’s Cultural Capital of the Islamic World in 2017 by the Islamic Educational, Scientific and Cultural Organization (ISESCO).

Mashad 2017 events started work at the Imam Reza (AS) shrine in Khorasan Razavi province on January 2. Imam Reza is the eighth Imam of Shia Muslims.

As of Tuesday, Mashad officially begins its plans according to the UNESCO election.

ISESCO was established in May 1981 by the Organization of the Islamic Cooperation (OIC) to strengthen, promote and consolidate cooperation among its Member States including Iran. It has chosen Capitals of the Islamic Culture for the years 2005-2025.