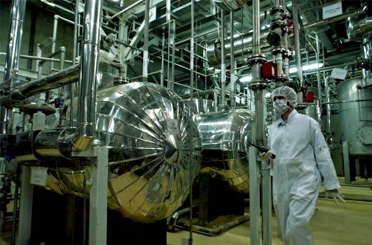 Financial Tribune- The head of a parliamentary committee on the nuclear program said a deal has been reached with Moscow to convert Iran’s Fordo uranium enrichment plant into a production facility for heavy isotopes in compliance with the nuclear agreement.

Iran got relief from international sanctions under the July 2015 nuclear deal with P5+1 (the United States, Britain, France, Russia and China, plus Germany) in return for curbs on its nuclear work.

It stipulated that the Fordo uranium enrichment plant had to be converted into a nuclear, physics and technology center.

“The conversion of Fordo from a site producing enriched uranium to a nuclear research and development center is a step required by the nuclear agreement, which involves conducting studies to produce stable isotopes,” said Mojtaba Zolnouri, the head of Nuclear Committee of Majlis National Security and Foreign Policy Commission.

“While these studies are currently underway on a number of centrifuges at the Fordo facility, P5+1, particularly Russia, have been committed to cooperate on and participate in the project,” he told ICANA on Tuesday.

The nuclear accord calls for “international collaboration, including in the form of scientific joint partnerships [to] be established in agreed areas of research”.

Iran launched preparations for the project in late May 2016, which requires adjustments to IR-1 centrifuges to make them into stable-isotope producing machines. The Fordo nuclear site is located 32 km northeast of the Iranian city of Qom, near Fordo Village.