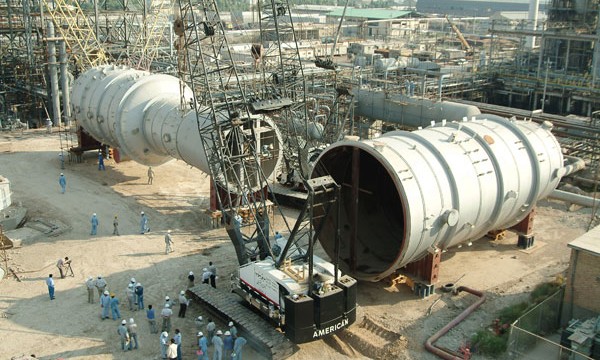 The 280,000-barrel cargo was destined to one of Iran’s neighboring countries in the Persian Gulf region.

The second such consignment is being loaded for export at the refinery, located in Bandar Abbas in Iran’s southern Hormozgan Province.

The plant is Iran’s first gas condensate refining facility that is being built with a capacity of processing 360,000 b/d of condensates.
The facility is fed by a 485-km pipeline from South Pars refineries.

Iran currently imports 5 ml/d of gasoline to meet its growing demand. The startup of Persian Gulf Star Refinery would let Iran even export 3 to 4 ml/d of gasoline.
The project has so far received €1.6b for its completion.

It will consume 360,000 barrels of gas condensate on a daily basis once fully operational.